The Queue: I think I broke it 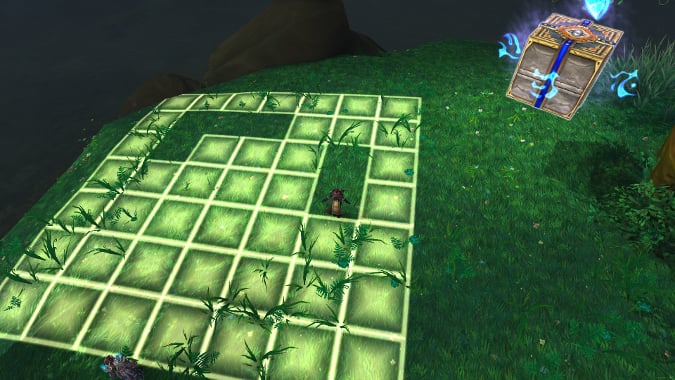 So…is the intention by Blizzard that most people will have a couple of legendary drops in Legion with a reasonable amount (god knows what that is) of play time? Sad to say I haven’t seen one yet, but I see that the final Order Hall upgrade is an increase to the number of equipped legendaries…so…I remain *gulp*…hopeful…

I think they do expect every player to eventually get a legendary if they play the game for a reasonable amount of time. Certainly, RNG is still a thing: Some people will get theirs faster or slower, and people won’t necessarily get the precise legendary they want right off the bat. It might take you awhile, but you should get one. Personally, I have one, but I’m not banking on getting a second one anytime soon. Rather than researching the order hall ability to wear two legendaries at once, I’m fixing some of my poor choices earlier in the tree beforehand.

I’m leveling alt 3 and 4. Just wondering- is there any reason to finish all of the chapter quests in each zone? Is getting to friendly enough?

Getting to Friendly is enough to open World Quests. I think you need the map revealed to display World Quests in that area, but I don’t know if that’s true — I might be talking out of my butthole on that one. I find the iLevel 800 gear from getting the Pillars is nice stuff to have when hitting 110, but it isn’t necessary.

It’s possible there will be something down the line which requires you to have acquired all of the Pillars, but at the moment, there doesn’t seem to be.

If the Emerald Dream is supposed to be a version of Azeroth unspoiled by civilization, then how come we can see things like Thunder Bluff in the background in Elerethe Renferal’s room?

I think the Emerald Dream raid is a situation where you shouldn’t think too much about what you see there. I could be wrong, but I think we’re seeing a combination of developmental shortcuts and the repercussions of how long the story of the Nightmare has dragged on and how convoluted it has become.

First, the Bluffs of Thunder Bluff would be there, but the structures would not be, that is correct. But they are there in the raid zone. I assume they’re there in the raid because they pulled over the map data from the overworld and wiping the bluffs clean would be more work than just deleting some doodads.

Second, last we saw of the Nightmare in the novels, the Nightmare was actually seeping into the real world. It’s possible the relevant raid encounters were intended to be happening outside of the Emerald Dream … but it was simpler to zone people into an “Emerald Dream” raid instance and not worry about the rest of it. Rather than explaining you are in the real Mulgore, but it’s being invaded by bad dreams, but this other part actually is in the Emerald Dream, but this part over here isn’t, and and and … they just set you loose in the raid zone and that was that.

I really do believe this is a case where you shouldn’t think about it too much.

I remember that if you queue for a dungeon as a healer, but you are questing as DPS it will auto-change you to healing when you get pulled in.. is this still a thing? Follow up: if you queue on a priest as Healer while questing as Shadow, which spec does it pick?

It’s supposed to be a thing, but I don’t think it actually works. I’ve been leveling my Priest alt. I either Shadow or Disc while soloing, but I heal in Holy, and always queue for dungeons as a Healer. If I’m in Shadow, I’ll zone into the dungeon as Shadow. It’s not too big of a deal … except changing specs wipes out caster mana, which doesn’t make any sense to me. Why is that a thing? Admittedly, it’s a small thing, but still annoying given my melee classes don’t need to worry about it.

Can we talk about the creepy quests in Val’sharah with the moonkin? I only recently discovered them and basically the moonkin have gone crazy and are MELTING DRYADS ALIVE and making oozes from their liquefied bones. Bonus points for having a dryad who is mising half of her body. I don’t think I’ve ever been more disturbed by a quest chain in WoW..

Every now and then, there’s a small quest in WoW which throws me into a (virtual) murderous rage. Playing an Arms Warrior this expansion has been perfect for that purpose. In Legion, I can think of two: Escorting the little girl in Suramar and these moonkin. I slaughtered the crap out of those moonkin, and I tore Suramar City apart to protect that little girl. Characters deaths in WoW just bum me out and make me want to stop playing for awhile, but when the baddies are doing horrible things to those who don’t stand a chance of defending themselves … everything’s gotta die.

Is Lorna Crowley a warrior or a hunter? I remember her with a rilfe and now she’s holding a shield and a sword at the start of the Stormheim quests. I know every weapon is a hunter’s weapon, but I don’t know about shields.

Character classes don’t apply to NPCs. And it would be kind of silly if it did. Character classes are a total gameplay construct. I mean, if you consider these characters as people … would it really make sense if someone who knew how to use a sword was physically incapable of picking up a gun or vice versa? Imagine it in real life. You know how to shoot, so you can’t use a knife to cut stuff. It’s total nonsense.

Lorna Crowley isn’t a Warrior or a Hunter. She’s a person.

This my be very well off topic but has there been any well “new” or successful Fantasy Rts games aside from Warcraft? Something I have felt that has been lacking. Mainly since I am trying to find a way well to visualize in a more concrete sense. Yet I have been well stuck on how to go about it.

Honestly, I feel like the RTS genre as we knew it back in the day is dead. More specifically, it split into two parts. In terms of competitive multiplayer with snap reactions and a combat focus, the genre has shifted to MOBAs. In terms of the larger strategy and resource management elements, the genre has shifted over to the Grand Strategy and/or 4X genre, such as the Civilization series. Rather than a game trying to do both of those things, they’ve split into distinct genres that dive deeper into their respective game elements. Very few games try to do both anymore. Players who prefer one or the other will lean to one genre or the other. Or players who enjoy both can play both, but get a more satisfactory experience with whichever elements that game contains.

If you’re looking for a new fantasy strategy game, I’d perhaps recommend Endless Legend. It’s more like a Civilization than a Warcraft or StarCraft, but it’s fantasy, and it’s great. I’m not very good at it, but I still like it, largely because I think they universe they have is rad.

Do you think it’s easier to tank or heal?

Tanking has a consistent level of responsibility and the stress associated with healing is entirely dependent on the competence of the rest of your party. As the tank, I have a job, and that job won’t change. If my DPS is bad, maybe I get a little annoyed, maybe fights take longer, but my job really isn’t too much harder. I’m doing the same thing.

As a healer, a competent party means I have the easiest job in the world. An incompetent party means I have to work much, much harder. And if I have a tank who can set a steady pace, that’s easy to deal with. If I have a tank who wants to rush Eye of Azshara so they pull 3+ packs of mobs at once and just keep on running so I can barely get a heal off, that’s much more difficult. If that same tank pulls Serpentrix without clearing any of the trash around him and won’t keep seagulls off of me, my job is now absolute hell.

More than anyone else, the tank decides whether a group is going to be stressful or not. The healer is at their mercy. Sure, I could let that tank die, but that isn’t going to help me finish the dungeon, is it?