Which in-game acts of kindness do you remember? 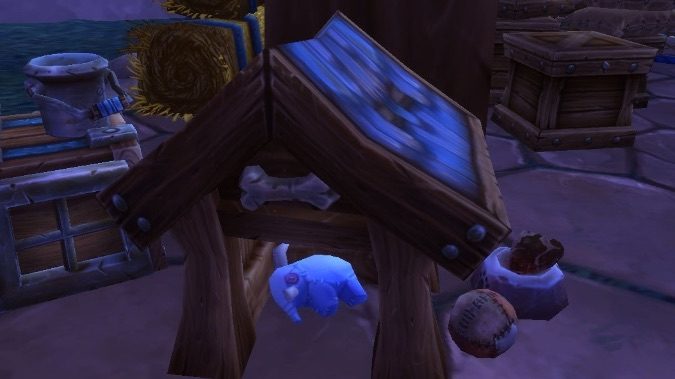 The gaming community — and, heck, sometimes the world at large — isn’t always very kind. Sometimes it just can’t be helped. You log on after a long day at work and you just want to have fun and pick up some phat loots, and then the healer plays Life Grip games with you… you’re maybe kind of irritable. Or a lot irritable. And when you’re irritable, sometimes you take that irritation out on the perfectly nice people around you. Then they’re irritable. Then they take that out on the people around them…

You get the idea. Even when you don’t intend to, an accidentally too-harsh word (or too-harsh action) can easily ruin someone’s day.

But, similarly, it’s easy to make someone else’s day with a random, unnecessary act of kindness. I have countless stories of people being jerks in-game: so many that they’ve all started to blur together. But those acts of kindness? They stand out.

For example, after I lost a job, a guildmate sent me an Elekk Plushie in the mail with a nice note. It was a pretty rough day, and that collection of pixels was all it took to make it a little better. It didn’t take much to send it, but it meant a lot to me.

While bad news is often louder than the good news, today let’s flip that around. What acts of kindness have you seen in the game world?

And, hey, while we’re at it, let’s spread some random acts of kindness of our own. (Elekk Plushie not necessarily required.) Be good to one another out there.

Blizzard Watch is made possible by people like you.
Please consider supporting our Patreon!
Filed Under: Elekk Plushie
Advertisement