The Queue: Chill out 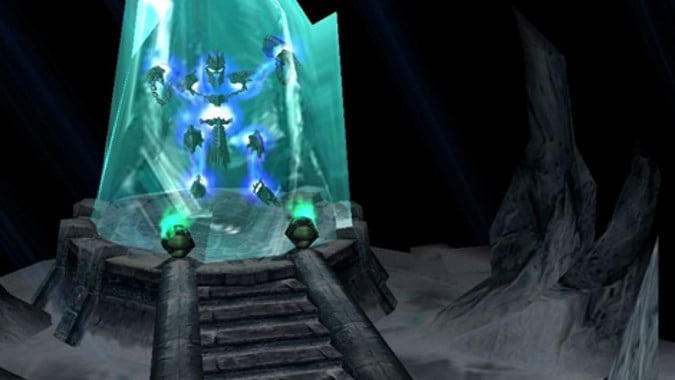 Which characters would you think are easiest to get good at in Overwatch, and how come? Who is most fun to you, and for what reason? I’ve not had too much time with the game, though I love the world they are building. Looking to start playing it again.

Soldier: 76 is your regular ol’ shootyman. You can point, shoot, and slowly learn how to be more accurate. He just sprints instead of having any craaaaazy movement abilities. He has a small group heal. He’s straightforward and spending a bit of time with him will familiarize you with the mechanics of the game. I wouldn’t say he’s the most fun to play, but fun is subjective. In any case, he’s enough of a bog standard FPS character that you’ll be comfortable playing him will acclimating yourself to the game.

For me, the most fun is Lucio because of his movement. He’s a healer who can be played a little aggressively if you want to, or once you’ve mastered his wallride, you can be an absolute terror while you skate all over the walls and ceiling and your opponents are having a horrible time trying to pin you down. He’s a blast.

Alternatively, I like playing Roadhog because hooking people and blowing their heads off is hilarious.

has Alex corrected his wrong statement, concerning his belief that overwatch is the only blizzard IP with a planet earth?

Is it really that serious? I mean, sure. Oops. I forgot about StarCraft at the time. My bad. I was wrong.

In all seriousness, though, and I’m sorry this is going to look like I’m calling you out specifically, but sometimes you guys (collectively) need a little perspective here. If I didn’t answer this question with an “oops” you guys would be hounding me for weeks and trying to smash my door in until I said Earth is in StarCraft. And I know this because you guys did it about us not realizing a vague spiky red object was probably the Tear of Elune. Yes, we strive for accuracy and we don’t like making mistakes, but these are silly video game stories, y’all. I made this error in a question about a gorilla singing showtunes. Are you for real? That’s where you’re going to slam your foot down and demand a correction?

If we get some major piece of news wrong, sure, it’s our responsibility to fix that. If the answer to a question about a cartoon gorilla singing a musical lingers in your mind for more than about five minutes, you care way too much about it. There are more important things to worry about. And I’m not even talking “children starving in Africa” strawman stuff here. Go play a game. Watch a funny YouTube video. Don’t hassle people about silliness.

I recently was going through Suramar on an alt and saw something I haven’t noticed before. There was a battalion of Night Elves along with treats, and weaponry outside of Suramar City, is that recent? Or since last patch? I’m hoping it’s recent just for the fact it makes it look like we are ramping up to 7.2 and possibly could see more development happen before then

It’s recent and part of the new quests in patch 7.1. The storyline continues to progress as well as the zone around it, so I recommend getting caught up to the latest quests when you’re able!

How come you don’t cover the news and cards that are published re “Mean streets of Gadgetzan” more intensely? No budget? No readers?

We’ve been gathering up the cards and have had a gallery in the works we hoped to publish roughly an eternity ago, but undefined things went awry and it fell behind. We haven’t had the mental bandwidth to put a concerted effort into getting it live and working, but we still hope to have it up soon.

We have the budget for this in particular, but budget is limited for extensive Hearthstone content, yes. Personally, I really do want to do more with Hearthstone as a whole going forward, but our capabilities are still (to an extent) limited by our Patreon funding. We’re continuing to work towards not be completely reliant on that, though, so we’ll see what comes in the future.