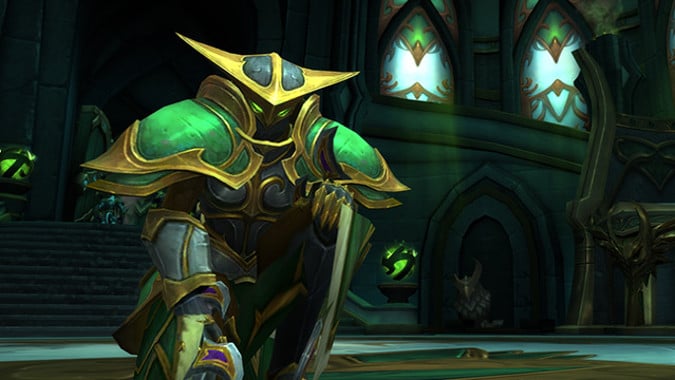 Important lore figures, like Anduin. Do they prefer pepsi or coke?

Anduin is in the transitionary stage between drinking Mountain Dew and switching to Coke. This happens to a lot of people. As a kid/teenager, you love the sweetness of Dew, but as you grow up, you appreciate the mild bitters of Coke. You still might drink Dew from time to time if you did when you were young, but your chances of reaching for a Coke increase. Eventually, he’ll go full Coke transitioning to Diet Coke.

Genn Greymane doesn’t drink soda much, but when he does, he’s using Sprite as a mixer for a cocktail. Yeah, yeah, you’re supposed to use tonic water as the base, but he’s old as hell and also a werewolf. Are you going to tell him he can’t sweeten his cocktail? Not likely. Tyrande and Malfurion both drink La Croix. Gelbin Mekkatorque drinks Bawls. When the Dwarven council isn’t boozing it up, they drink something akin to Julmust.

Baine Bloodhoof drinks RC Cola because his dad drank it and he grew up on it. Lor’themar Theron only drinks locally made handcrafted artisanal sodas. Gallywix drinks Pepsi and keeps a servant around to add a shot of vanilla syrup to it even though he could just buy Vanilla Pepsi. Vol’jin drank the Faygo knockoff of Mountain Dew. Sylvanas drinks Beverly because she can’t taste it, anyway.

Jaina’s favorite drink was discontinued almost a decade ago, but she still thinks about it sometimes. She found a new drink she liked once, but that one was discontinued after a few months, too. She drinks Coke due to a lack of other options, but she’d really prefer her old favorite. She writes petition letters asking for them to come to their senses and bring it back, but all they ever do is a tease a “limited edition” comeback which only rubs salt in the wounds. Even if they did bring back a limited run, it wouldn’t last.

what is Cordana Felsong whining about during the fight when she claims ” I already worked so hard” or something to that effect. She spent the entire previous expansion staring at Khadgar’s backside, failed as a bodyguard, and then what? Stared at some fel tomes and got corrupted!? Is she just a whiney character!? Reminds me of Kael’thas in Tempest Keep, I know about Quel’danas and the third war, but he delivers that line ‘about my people suffering’ with such ignorant contempt. As if the elves were the only people who suffered during ascendance of the Scourge.

Cordana’s life didn’t begin with Warlords of Draenor. Yes, our knowledge of her did, but it’s safe to assume she’s been around for thousands of years like all of the other Wardens. She served as a Warden, containing the most dangerous and depraved beings on Azeroth, for potentially ten thousand years. Simply being a Warden means she was one of the most skilled, capable, and dedicated warriors the Night Elves had. That’s thousands of years living a strict, regimented lifestyle with few pleasures, all in defense of Azeroth.

From that point, we can make a couple of potential assumptions. First, it’s possible she was a traitor all along. If so, imagine what kind of dedication to a cause is required to lay in wait that long. She kept up the illusion of being a stalwart defender of the Kaldorei for thousands of years. For thousands of years, she upheld that image without anybody suspecting her whatsoever — eventually culminating in her being that close to Khadgar and being in a position where she could let the Legion breach the Vault. Imagine investing that much time into a plot … and getting whacked by a few adventurers.

Second, it’s possible she was mind controlled/corrupted. There’s a quest in Warlords which implies it, but as I recall, doesn’t outright say as much. In that case, she spent thousands of years as a genuine defender of the Kaldorei, an elven lifetime of dedication, only to be forced into service for the enemy. No matter what else she’s done with her life, no matter how many years she gave to the Wardens, she’s going to be remembered as a traitor … and it wasn’t her fault.

if the Burning Legion are written as dangerously intelligent and competent as they should be, it stands to reason they’d be smart enough to infiltrate the Class Halls…

…so who would be the most likely choice/biggest punch to the gut to be a traitor for each Class Hall?

Finna Bjornsdottir for Warriors, I guess, because even though she has no real dialogue or characterization, I still like her better than the Ulduar Boyz. Thorim? Don’t care. Hymdall? Don’t care. Hodir? Super don’t care, plus we already de-demonified him once. Random Iron Dwarf Guy? Extra don’t care.

…the Warrior class hall bores me to death, y’all. Maybe Odyn can make a Burning Legion heel turn so we can finally kill him and shut him up.

As for the other classes, I honestly haven’t played any of them enough this expansion to say. I’ve been pretty invested in my main. Not much alting on my end.

I hate Maiden of Virtue: for some reason I can’t time stepping into Consecration at the right moment and always end up having 2 stacks on me. I’m so lousy with her that I only join groups that need dps from Moroes or later bosses. So I wanted to ask, what bosses do you hate?

I haven’t raided in a long, long time, so I can’t speak to most raid bosses. I find whether or not I like a boss is totally dependent on whether I’m having fun at that point in the game. For example, I hated every single boss in Firelands. In hindsight, I don’t think the bosses were bad. That was just the raid tier where I wanted to stop raiding. Similarly, I didn’t like Mists of Pandaria at all, and I don’t look upon any of those dungeons fondly.

I’m thinking very hard and the only boss that comes to mind as one I truly, honestly hated is Putress in Icecrown Citadel. Even when I don’t like a boss, I don’t dread doing it like I did Putress.