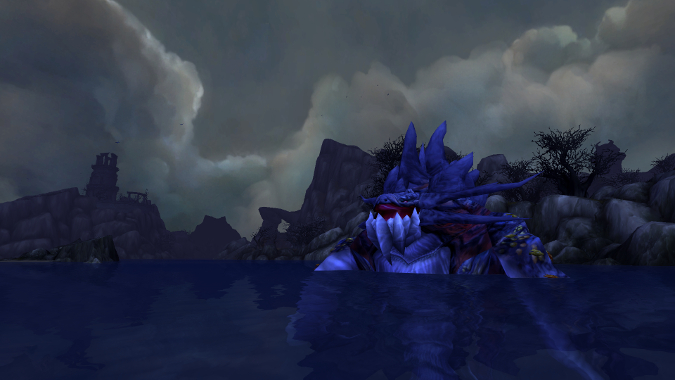 Kinda curious since you guys have been doing this a long time. What’s the most frequently asked question you’ve seen about WoW, in terms of either its lore or mechanics?

While valor points were a thing, we could never escape questions about what will happen to valor points after X patch, every patch. It was practically asked every single day in the weeks leading up to every new patch. It was exhausting and frustrating.

Also, for about a month or two after a new expansion drops, we get a rash of people asking what the next expansion will be as if they want to skip playing this one and immediately get on the hype train for the next one.

Why are rep rewards so FREAKING bad on WQs? I have a tiny sliver of rep left, 553 to be exact, needed for exalted with Dreamweavers. It will take me 8 WQs to get that last bit. If I’ve done all the main questing in Val’sharah, are there any other out-of-the-way quest hubs I might have missed here?

If it’s any consolation, Exalted doesn’t give anything particularly cool this time around. There’s no real need to rush it. Worst case scenario, you wait until the Dreamweavers are the emissary again and you’ll get it that day. I understand the urges that come along with being a completionist. Try to resist. You’ll get there soon, and in the meantime, you aren’t missing out on anything of note.

Was there a code or something for loot crate that gave BlizzardWatch something? I seem to remember this but I can’t find anything by searching. Maybe there could be a links page with all the amazon, etc. links that benefit BW?

You can hit up LootCrate through this link and use the coupon code LPOD for $3 off any new subscription.

Having a page with all of this stuff on it is a good idea. In the meantime, these are some of our favorites:

If any of those interest you, all of them help us out. For what it’s worth, we’re genuine fans of these things. If we hated ’em, we wouldn’t promote ’em.

What country/city do you want a map for in Overwatch?

I’m still pulling for anything in the American Midwest. Given I live in Milwaukee, obviously I’m pulling for Milwaukee, but as I mentioned in my Lady Superior chat, I genuinely think Chicago gets overlooked in media. It’s a huge city with an amazing skyline. Cities like Milwaukee and Chicago have a distinct visual appearance compared to cities on the East or West coast. Yeah, I get it, Milwaukee isn’t that big and nobody thinks much of it, but you can’t make that argument about Chicago. How is one of America’s largest cities hardly used in anything? Come on, now.

Do you think that even with the cancellation of the Overwatch comic that we’ll see more ‘outside lore’ for the game?

Yeah, I think they’ll still do things with Overwatch outside of the game. I’m going to take their explanation for its cancellation at face value: things changed. They announced that graphic novel right around the same time they announced the game. At the time, they probably figured it would be some kind of promotional tool. Over time, maybe they realized they could do more with the story. Maybe they realized their initial ideas were too simplistic, or didn’t fit the world anymore as they continued to build on its background. Maybe they shifted their focus away from the history of the OG Overwatch members and wanted to put more emphasis on the characters actually in the game — not the characters when they were young, but the characters as we see them.

The comic released yesterday shows they’re totally willing to build upon their characters outside of gameplay. We learned a lot about the characters’ lives in just a few comic book frames. I really don’t think they would walk away from the opportunity to continue doing things like this given how much their fandom loves it — and how much money their fandom would throw at it.

what is the best worst and/or silliest in-game gift you could give to a guild mate as a gag for Winter Veil?

I have no good suggestions, but let me tell you a story. Once upon a time, back when my guild had something like 300+ active members and gold was actually hard to come by, I went out of my way to buy enough coal and in-game wrapping paper to mail every single character in the guild a piece of giftwrapped coal. I bought all of it. I was ready to go. I tried to apply the wrapping paper to a piece of coal and… learned for the first time that you can’t put wrapping paper on stackable items.

I vendored everything and, to this day, haven’t bothered buying gifts for anyone in-game ever again. Blizzard ruined Christmas.