The Queue: Bloom upon you all 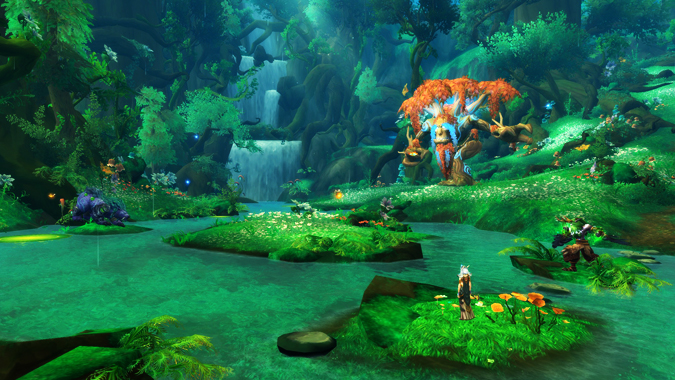 So the quest counter is gone but the 25 quests max is still in place. So now I need to actually count the amount of quests I have. How the hell is that a QoL improvement?

Because knowledge and information is confusing. Life is better when you don’t know what’s happening.

I seem to recall they were Wardens quests at some point. I checked in-game based on your question and was surprised to discover they’re not. That’s utterly bizarre because I was almost certain they used to be Wardens quests. Help me out here, people. Have I gone mad? Am I imagining this?

With the boost everyone’s alts are getting in Artifact Knowledge, I’m curious, does anyone read the research on their artifact weapons?

I keep meaning to, I’m sure it’s interesting lore. But when I’m in game, I don’t feel like reading. I figure I’ll just wait for the KYL about it.

I don’t read them, but I plan on reading them. Once I’m confident a specific alt/character has their full lore book filled out, then I’ll read it. As it is, getting a few sentences (or if I’m lucky, a few paragraphs) of story at a time isn’t enough to be interesting. Reading a novel (or even a short story) at a pace where I’m given one paragraph per week for who knows how many weeks is infuriating. When I have the whole thing, I’ll read it and will undoubtedly enjoy it. Until then, nah.

Anyone else feel like Legion should be renamed ‘War of the Ancients? We have our own Azshara this expansion, Gul’dan kind of fills the emissary role Mannoroth had. A capitol city full of basically night elves, with a giant portal for Sargeras (roughly) inside of it. I’m not mad about this! We never did see the War of the Ancients in game. If you read the novels though, there is a persistent feeling of deja vu, in many of the zones.

Where the Ancients at, though?

Is there anything from WoD that you miss? Personally I miss Vivianne. Having her with me for all the adventures and questing in the world was a lot of fun, and I feel as if I have lost an important companion and friend to my hunter.

Honestly? As someone who didn’t loathe garrisons, I kinda miss my garrison. I do think the garrison was a little too all-encompassing, but I quite liked having my own little place I could do a little maintenance on each day before venturing forth. Warlords was just missing the “venturing forth” part and had to much emphasis on the maintenance. If the garrison was smaller, and there was still significant outdoor content as there is in Legion, that’d be just about perfect for me. Say… player housing?