Stream the Heroes of the Storm soundtrack now! 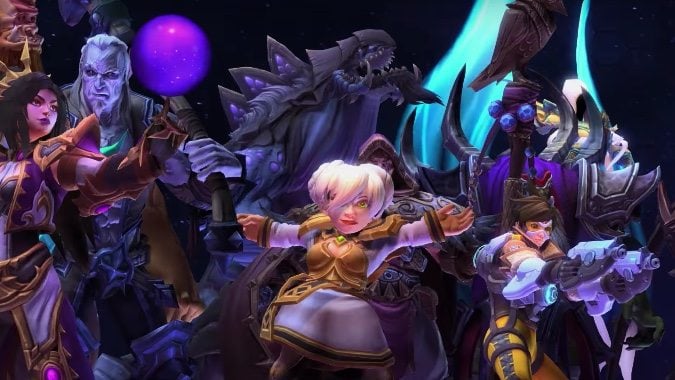 If you’re looking for a new listen, you’re in luck: the full Heroes of the Storm soundtrack is now available for streaming on YouTube, Spotify, and (maybe) Apple Music. The soundtrack features 15 tracks by Blizzard Senior Composer Glenn Stafford, who’s been with the company since the Lost Viking days and has composed music for StarCraft, Warcraft, World of Warcraft, and more. It’s a fun soundtrack because it incorporates styles from all of Blizzard’s games: with a track for each Battleground, you get a taste of Warcraft, StarCraft, and Diablo all in one neat package. (But no Overwatch yet, as this soundtrack doesn’t include anything for the new Hanamura Battleground.)

My favorite track is definitely Battlefield of Eternity (but that’s a given since I’ve always loved Diablo’s musical style), while Tomb of the Spider Queen’s creepy vibe makes it a close second. However, you should check it out for yourself to find your own favorites. Listen to it now on YouTube or Spotify, and possibly Apple Music (but Apple has always been slow to push things live).

Or, if you’d rather stick around here at Blizzard Watch, just click play below to stream the whole thing from YouTube.

Blizzard Watch is made possible by people like you.
Please consider supporting our Patreon!
Filed Under: Heroes Of The Storm Soundtrack, Soundtrack
Advertisement