Heroes of the Storm 2.0 patch notes include Genji, Hanamura, and new progression system 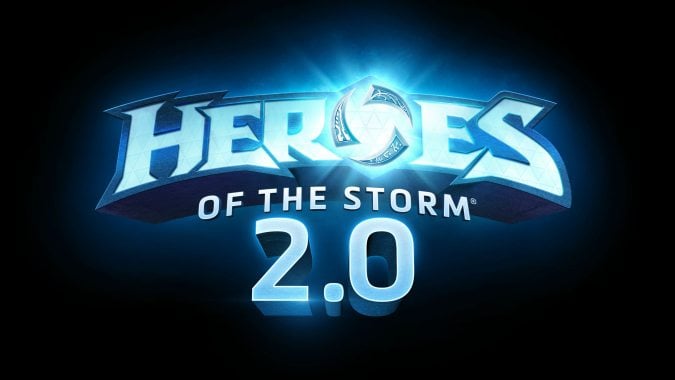 Heroes of the Storm wants you to come back for more Nexus mayhem and it’s luring you back with an Overwatch-style makeover dubbed Heroes 2.0. Along with the introduction of Genji in today’s patch (and the revelation of D.va as the next hero) and Hanamura as the new map, Heroes is borrowing quite a few other successful tricks from Overwatch’s playbook.

The progression and reward system has been overhauled and the game now rewards lock boxes. Each one of those can contain skins, voice lines, mounts, sprays, banners, emoji packs, game currency and more. If you’re a lapsed player, you have quite a few lock boxes waiting for you. You also have new levels as 40 is no longer the cap. There is no cap now and you get a level for every hero past level 1.

Note there are four weeks of quests rolling out between now and May 22 called the Nexus Challenge. It’s one of those “play with a buddy” things that rewards various items, most notably the Oni Genji Skin from last November’s Challenge and the shiny new Officer D.va skin for your Overwatch collection.

Also included in the notes are some tweaks to existing characters including a nerf to Valeera’s burst damage and Uther got a rework to be more of a frontline healer. There’s also new skins for Genji, Auriel, and Zarya now available. Check out the very, very full notes below.

Once the carefree youngest scion of the Shimada clan, Genji was cut down by his own brother for refusing to take part in their illegal ventures. Grafted into a cyborg body by Overwatch, Genji walks his own path as one who fights for what’s right.

Developer Comment:  In an effort to reduce the frustration of playing against Valeera, we’re reducing her burst damage potential. Especially in Quick Match when counter picking isn’t an option, the ability for a stealth assassin with disabling effects and high burst damage isn’t fun or healthy for the game, so we’re toning it down some.

Developer Comment:  With Uther’s rework, we want to play up his ability to be a disruptive frontline presence, keep his role as an anti-burst Healer, but maintain the weakness of not having great sustained healing. By making Holy Light always heal Uther, he doesn’t mind as much when he takes damage from being up there. Having his abilities apply Armor is a great way to make him an effective support against teams with predictable damage, while having lower healing per second compared to the other supports. Ideally, you’ll pick Uther when your team could use a stronger frontline, when your opponents are very reliant on disabling effects, or when the enemy team has predictable incoming damage.

Blizzard Watch is made possible by people like you.
Please consider supporting our Patreon!
Filed Under: D.va, Genji, Hanamura, Heroes 2.0, Nexus Challenge 2.0
Advertisement