Can Heroes of the Storm survive without Blackthorne? 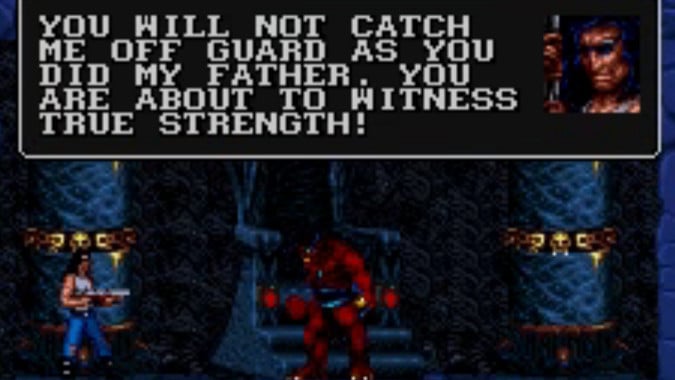 Yes, Heroes of the Storm can survive without Blackthorne.

In fact, it will likely prosper with or without him. I may be a touch eccentric but I’m not quite so far gone that I believe my enormous fanboy crush on a game from 1994 is going to make or break a modern MOBA. However, if I were given control over Blizzard tomorrow, the very first thing I’d do would be to order the Legion team to make an Ashkandi artifact for Warriors. But after that, I’d have them get to work on Kyle Blackthorne for Heroes of the Storm.

Partially I would do this because it was the first Blizzard game I ever even saw. I didn’t even know it was Blizzard at the time. It wasn’t until 2006 that I found out, after I’d gotten hooked on a PlayStation port of Diablo. It was a really good game for its time, too. I’m a sucker for Blizzard honoring their history to the point where I wish DC Comics would let them put Superman into Heroes (I know they won’t, but Blizzard did make The Death and Return of Superman). So I’d really love to see Blackthorne out there fighting guys like Arthas and Raynor, people who  likely would never have existed if not for him.

Are there any longshot characters you’d desperately love to see in Heroes of the Storm? Characters that might not be major lore figures, but deserve a chance in the Nexus? Any obscure titles from days gone by that you’d like to see made into maps? If you could pick any Blizzard character from any Blizzard title, who would you choose?

Blizzard Watch is made possible by people like you.
Please consider supporting our Patreon!
Filed Under: Blackthorne
Advertisement