Genji and Hanzo are the latest adorable Nendoroid figures, and I must have them 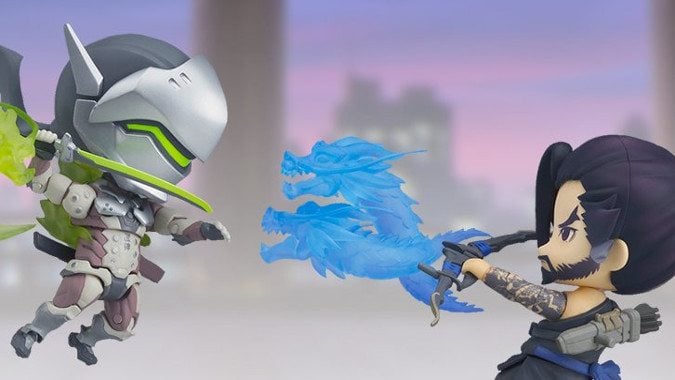 Apparently everyone has always wanted tiny Hanzo and Genji figures with which to recreate the ‘Dragons‘ short. And now, thanks to Blizzard’s ability to recognize that they have a runaway hit and that people will absolutely go bananas for merchandise based on said hit, we have tiny Hanzi and Genji figures.

With them, you can recreate the Dragons short, display them on your desk — whatever you want, really! I’m not here to tell you what to do with cute little Overwatch figures, merely to tell you that they exist.

Learn more about these new collectibles + pre-order yours today:

If, like me, you had no idea what Nendoroid figures are, here’s a handy primer from the people who came up with them. Hanzo and Genji are far from the first Overwatch ones — there’s a Mei, a Tracer, and a Mercy Nendoroid if you’re into completing a set.

If you’re working to assemble an adorable army of chibi Overwatch figures, that’s all the Nendoroid versions of them so far, but I hope we’ll get Roadhog, Winston, Doomfist, and Reinhardt soon. Come on, you know you want to see adorable chibi Doomfist with huge eyes and a giant robot arm twice the size of the rest of him. This isn’t just me. I know this isn’t just me. Even if it is just me, they should still do it because once it exists, you’ll all want one too.

I honestly wonder what the criteria is for the selection here. How do they decide which characters get rolled out first? I mean, Tracer is kind of a gimmie — she’s the box-art character, practically the face of Overwatch. And Mei? Mei’s pretty adorable. But Mercy, Genji, and Hanzo are all slightly “out there” choices. Why not D.Va or Sombra or Winston? Man, I’m having flashbacks to baby Winston chewing on that peanut butter jar again. Make it happen, Blizz.