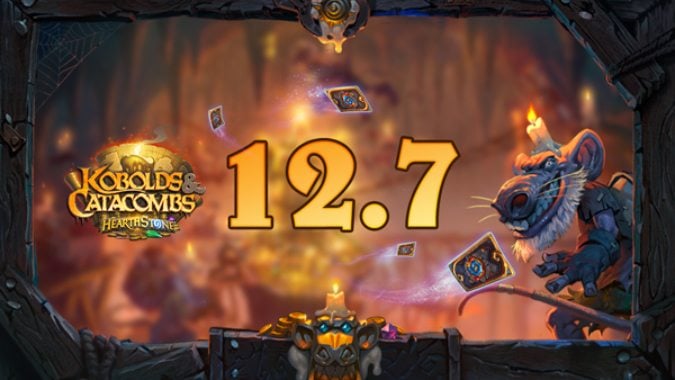 Get ready to do some dungeon-diving, because Hearthstone’s Kobolds and Catacombs expansion is coming out next Thursday, December 7. The game’s latest addition features the requisite new cards — 135 of them, some of which have been revealed already — but more interesting is the game’s new Dungeon Run mode. This single-player dungeon crawl is an all new kind of Hearthstone experience, and you can play without spending a single dime on the expansion because decks are pre-constructed and you earn cards as you play. It’s a true free-to-play mode, and we’re looking forward to seeing it in action.

But if you’re planning to invest in cards, you’ll want to get in on the pre-order while it’s still available. There’s plenty of debate about how expensive Hearthstone is, but the 50-pack pre-order bundle for $49.99 is the best deal on packs you’re going to find. If you want cards without a monetary investment, you’ll get three free Kobolds and Catacombs packs and a random Legendary weapon for just logging in after the expansion’s launch. And if you’re willing to put a little effort in, three Dungeon Run quests will reward you with a pack each. Six packs for $0 isn’t a bad deal at all.

While we wait, check out the Kobolds and Catacombs cards we know about so far and start working on those new deck compositions.

Blizzard Watch is made possible by people like you.
Please consider supporting our Patreon!
Filed Under: Kobolds And Catacombs, Release Date
Advertisement