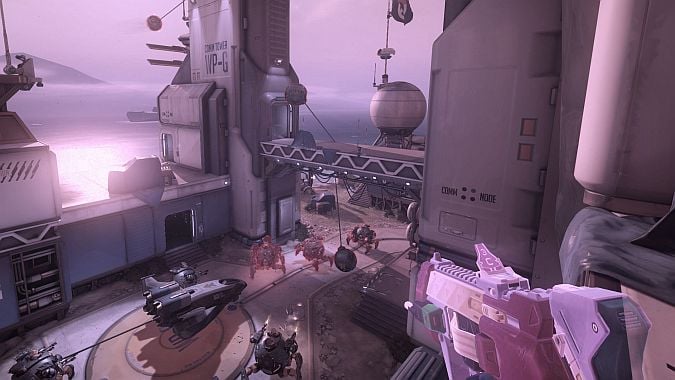 Yes, the biggest Overwatch news of the week, month, and possibly summer is the reveal of the 28th hero, Wrecking Ball (A.K.A. “Hammond the Hamster”). But as is usually the case, a new hero’s arrival does not come alone — it brings with it other updates. In this case, one of those updates is a pretty big change to Sombra. The notorious hacker hero is going to be able to stay in Stealth for as long as players want (provided she doesn’t run in front of enemy bullets). Similarly, her Translocator ability also lasts indefinitely, but can be destroyed by enemies.

Geoff Goodman posted a full explanation below, but the short answer is that she’s now going to serve as an infiltrator/scout for her team. Previously, playing the pop-in/pop-out game of planting a Translocator, using Stealth, and dealing as much damage as possible before returning to the Translocator’s original location was Sombra’s MO. As the meta’s evolved, though, that approach hasn’t been quite as useful.

These changes started by seeing how far we could push the duration of her Stealth and Translocator abilities. As we pushed them out, it allowed her to play more and more as an scout/infiltrator for your team and also allowed her more time to pick and choose when and where she popped out to ambush her enemies.

So now she has infinite duration on both Stealth and Translocator, but we had to solve a couple problems that were caused by these changes. For one, she needed to be able to destroy the translocator, or it would often be stuck in some place she didn’t want it to be. To that end, you can now destroy it by looking towards it and pressing the Interact key. Also, Stealth giving you 75% bonus movement speed forever was… a bit strong. This bonus has been lowered to 50%. In addition, she can no longer contest objectives while in Stealth, since she that would just be super frustrating with infinite duration.

These changes are really interesting for her as now she is in complete control over when she reveals herself, allow her to time her hacks better for her team, or go for a back line ambush during a critical moment in a team fight.

While I’m not sure more casual players will get the full use out of a mini-rework that rewards coordination, the changes are still improvements to Sombra overall. At worst, though, casual Sombra players will have to get used to moving slightly slower and being detected from slightly farther away. Personally, I’m really excited to see what these changes do on the pro scene more than anything — but I’m still happy to have an official “stealth hero” in the game.

However, Sombra wasn’t the only hero to receive updates. Still notoriously strong, Hanzo has been nerfed again, with the duration of Storm Arrows reduced, and its cooldown increased. Even as a more casual player of the game, I’m not too surprised by this one. The new Storm Arrows ability has felt incredibly strong, especially if you get a good set of shots in on a tank. While the damage isn’t any lower, not being able to do so quite as often is still going to reduce Hanzo’s overall effectiveness.

While Hanzo and Sombra both saw notable changes, there are still some major updates to Bastion, McCree, Mei, Soldier: 76, and Widowmaker in the form of damage falloff. The patch notes are filled with developer comments, so be sure to check out the full notes below .

Several heroes have received major changes to their damage falloff:

Developer Comments: The goal of these changes is to slightly reduce the impact of damage falloff on mid-range weapons. While assessing falloff mechanics across the board, weapons intended primarily for close-range combat benefited too greatly from lowering their falloff restrictions. We also normalized a couple of outliers in that Mei had a long-range travel time projectile with falloff applied and Widowmaker’s automatic fire did not have any.

Developer Comments: Hanzo’s new kit has proven to be a bit too powerful, especially his new Storm Arrows ability. We’re lowering the frequency that he can have this ability available to make it more reasonable to play around.

Developer Comments: These changes allow Sombra to more easily play as an infiltrator and scout for her team, as well as give her time to pick and choose when to reveal herself to ambush her enemies.

Developer Comments: We have reduced the overall game time for Assault maps in Quickplay and Arcade Modes. Players now have four minutes to capture each point instead of the current five minutes per point. In some games, Point A would be captured rather quickly resulting in what could be lengthy battle over Point B. Point B is typically more defendable than Point A and, in some games, defenders were able to hold for the entire duration of remaining time which could potentially be 8 minutes or more. We felt that in these instances the overall time was simply too long for either team, with attackers unable to take the point and defenders having to hold. The reduction in time is now consistent with the Competitive Play times which provides an ample amount of time for both attackers and defenders, but hopefully removes the occasional game where it feels like you are playing against the timer and not the other team.