Brawliseum is my least favorite Hearthstone Tavern Brawl, but the rewards are free 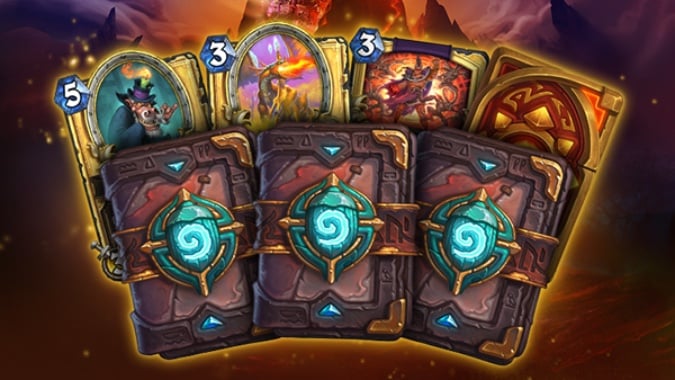 This week’s Hearthstone Tavern Brawl is the Brawliseum, and it’s one we’ve seen before. But because it’s a build-your-own-deck style Brawl, it’s a little different every time it comes around. Since we’re right at the beginning of a new expansion, it’s a bit of a mystery as to which decks will be played — or how to counter them.

Unfortunately, that makes it tough to come up with any easy-to-follow strategy — but so far, aggressive play seems to be a winner.

This Brawl is structured a bit like an arena run, except you get to build your own deck out of your own cards. This can be good or bad, because while it lets you plan out a deck it also means you’re reliant on your own card collection. If you have a weaker collection, it can be hard to come out ahead.

Also like arena runs, Brawliseum has an entry fee. Your first run is free, but after that it costs $1.99 or 150 gold per run. This early in an expansion I’d much rather spend my gold on card packs, so now that I’ve done my one run for the week, I’m done.

And that’s what I really don’t like about this Tavern Brawl: because of the entry fee, I play it less. Usually I enjoy playing Tavern Brawls all week for fun and quest completion. With Brawliseum, that “fun” can get pretty pricey.

No matter how good or bad your deck, you’re guaranteed to earn a pack of cards. You get to play your Brawliseum run until you lose three matches, and you earn more rewards the more games you win (up to 12 games). After winning four matches, I got 80 gold and a Saviors of Uldum pack — not bad.

Unfortunately, there’s no go-to strategy to win Brawliseum. Usually good decks in the current meta are good decks for Brawliseum, but this early in Saviors of Uldum there are no clear winners or losers in the meta.

However, fast, aggressive decks seem to fare best. I won using a zoo Warlock deck, and all of my losses were to other zoo decks: two Murloc Paladins and one Murloc Shaman, all of which flooded the board with too many Murlocs too quickly for me to deal with. When building and playing these decks, you want to get out lots of minions very quickly, and use them to overwhelm your opponent.

These decks are geared to defeating opponents before they get to the late game, so they’re unlikely to have any cards that cost more than five mana. It’s a high risk, high reward strategy: you either win quickly or you get overwhelmed and you don’t have the tools to make a comeback. Still, fast-moving aggro decks can crush your opponent before they have time to respond — and that’s your goal this Brawl.

If you aren’t sure where to start, here are a few relatively budget-friendly Saviors of Uldum decks you can try (or at least base your own deck on).

If you have a strong card collection, take your cues from the cards you have. I typically browse Hearthstone Top Decks to find decent options that fit my card collection.

And no matter what you play: go for the face and try to close out matches as quickly as possible to win.

Good luck out there!

Now that I’ve taught you all I know, the rest is up to you. Give Brawliseum a try and see what you can do!