Multiplayer sessions of Diablo 3 are a grand old time, but sometimes, you want to go it alone for smashing loot piñatas. With the launch of Season 23, the game introduced an overhaul of the follower system that lets all three companions equip a full fourteen-slot gear ensemble. That means solo players now have a much beefier companion at their disposal.

For a game that’s been static for so long, the follower overhaul brings a fantastic new layer for players to explore with any and all of their heroes. There’s a little something fun in this change no matter what you’re looking for in your Diablo experience. And with all the changes on the horizon for the series, I think this update will help Diablo 3 set the stage for what is likely to be a strong final chapter. 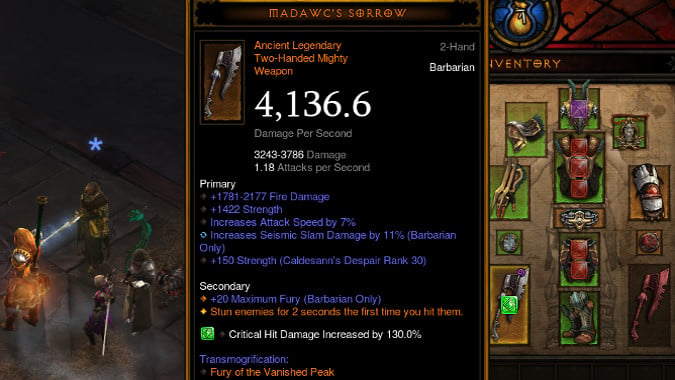 Creative legendary builds are back!

Blizzard has promised players that Diablo 4 will offer a lot more opportunity to make creative legendary builds viable into the late game, but in Diablo 3, you’re forced into the class sets to really get into the elevated difficulty tiers. Letting followers equip more gear gives a chance to explore that territory once more. It’s like having a second, bigger Kanai’s Cube that follows you around and attacks enemies with you. Then multiply it by three, since each of the followers could be kitted out to favor different play styles.

This legendary tinkering was my favorite stage of playing Diablo – the time at the level cap but before I had any full sets completed. The introduction of Kanai’s Cube revived that creative phase for awhile, but at this point in the game’s lifespan, I’m pretty happy with all the loadouts I’ve got for my heroes. Adding three new companion builds for all of my characters has already yielded a lot of fun interactions. My stun- and slow-focused Necromancer is even more fun to play, which I didn’t think was possible.

It’s the kind of power fantasy I most enjoy: not just crushing the spawn of Hell under my boots, but doing so in hilariously overpowered and satisfyingly clever ways. The possibility to play with legendaries is the big boon for creative, more role-play minded Diablo fans. But for the min-maxers, the big development is the Emanate mechanic. Items labeled Emanate will give their powers to both the follower wearing them and to the player. Prepare your calculators, folks.

For now, there are only a handful of items that use Emanate. Even with the small selection, this brings some potent combinations into play. This piece goes into some more detail about the strongest builds, but the real takeaway is that some of these items will yield double benefit and can make your play style even more effective.

Even outside the Emanate items, fully-equipped followers mean three more sets of in-game math to explore. For instance, you could load them up with The Wailing Host and Litany of the Undaunted and all your unused Ancient items.

All this new math means top players have much higher Greater Rift levels available to them. When progress is measured in bitsy gem upgrades and Paragon points, the growth is incremental and snail-like. I’m not one of those people grinding at the highest Torment numbers, but I’m glad that those players now have a big chunk of content open to them.

So much more stash space

This has nothing to do with actual gameplay, but I’m pretty sure this is the most fun way Blizzard could have come up with to help players free up stash space. That’s less of an issue for the PC crew, but console players who have spent a lot of time with the game are used to constantly running up against the storage limit on non-seasonal characters. It’s such a relief to not spend half my play sessions weighing whether new drops merit one of my few remaining stash spaces. Hallelujah! 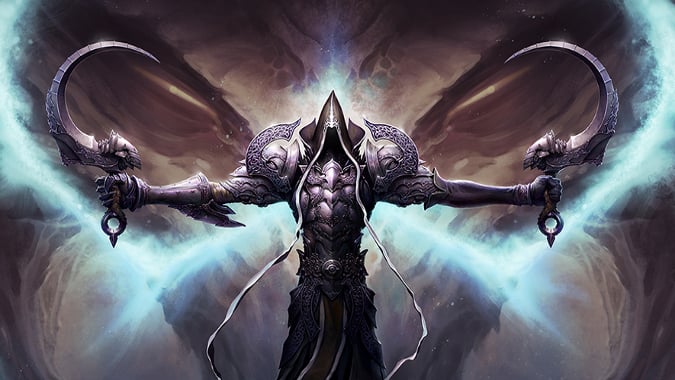 With Diablo 4 and Diablo Immortal‘s launches in the distant future and Diablo 2 Resurrected arriving in the more immediate future, it seems like Diablo 3 is unquestionably in its twilight days. We’ll still have a cohort of people spending lots of time in D3 (count me among them; this remains one of my favorite games of all time), but the priorities are going to shift for many people later this year with the D2 remake. So for a large portion of the community, this is the last Diablo 3 chapter.

Despite the rough patches – from the launch frustrations to the long wait for a new title – Diablo 3 is a great game. For all the years of demon-crushing fun players have had, it’d be sad for D3 to fade out with a whimper. And that seemed like it might be the game’s fate: a quiet few final seasons.

I really like how the follower overhaul will impact these last months for Diablo 3 as the lead title for the franchise, and I’m happy that the developers are giving the game a good last hurrah.

Blizzard Watch is made possible by people like you.
Please consider supporting our Patreon!
Filed Under: Diablo 3 Followers, Diablo 3 Season 23, Opinion
Advertisement