How to defeat Mutanus the Devourer in Hearthstone’s Book of Mercenaries: Guff 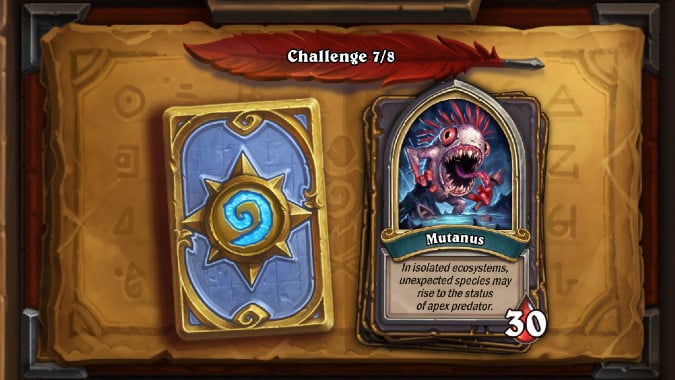 You are a gentle, friendly Tauren Druid, but a giant Murloc wants to eat you. My, my, that sounds like a very sticky situation — and one that might be familiar to many a Hearthstone player these days, ever since the Book of Mercenaries: Guff single player adventure was released, at least. And let’s be real: said giant Murloc has already devoured many unsuspecting adventures, so you have reason to be concerned. They call Mutanus “the Devourer” for a reason!

There is no way around it — more than any other fight I’ve ever experienced in a Hearthstone single player adventure before, you are going to need luck to defeat Mutanus. Still, despite that cold, hard fact, there are some things you can do to make the process easier on yourself. So read on to find out how to increase your odds of survival, not only against this giant, hungry Murloc (“I’m sure he’s just misunderstood!” – Guff, probably), as well as his barrage of smaller, but equally vicious Murlocs. 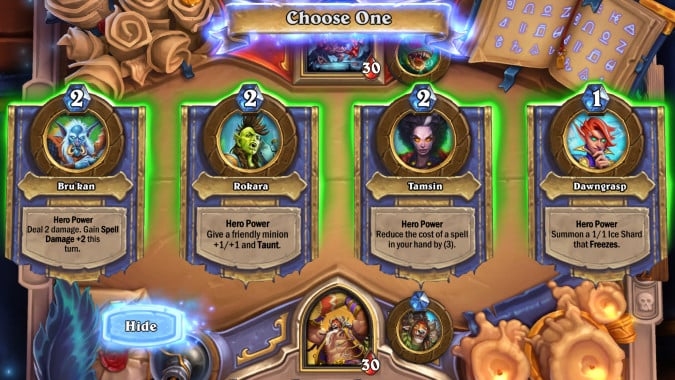 Which Hero Power to pick?

From my attempts, I’d have to give an edge to Dawngrasp. Having a freezing minion for only one mana every turn can really help calming the tides of the Murloc tsunami coming your way.

Tamsin is also a viable option — her Hero Power is the strongest one in this adventure, in my opinion. But for this particular fight, the tempo loss from it might prove to be too costly.

Rokara has one good strategy — playing Moonfang, and giving it that +1/+1 and Taunt. That can hold off the Murlocs for a few turns, if you can pull it off. But it’s not a very good Hero Power outside of that particular situation.

Don’t even consider picking Bru’kan. Dealing 2 damage to murlocs that often have 3+ health doesn’t do much, and the Spell Damage is useless. 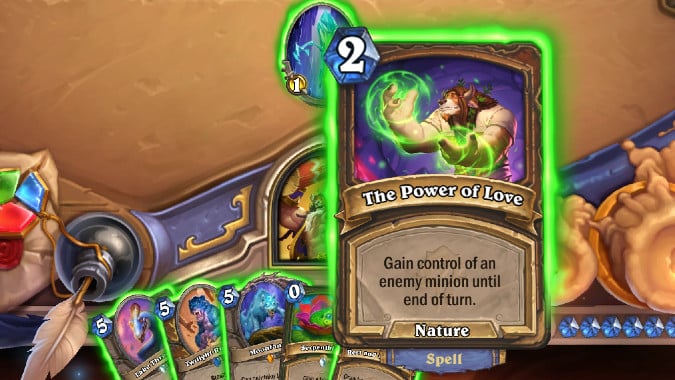 How to Mulligan, and play the early game?

Option 1: play Celestial Alignment, with cards that give you extra Mana Crystals in hand (Lightning Bloom, Wild Growth, Overgrowth, Nourish). Use them after playing Celestial Alignment to give you a huge edge. The downside: you’ll need to survive the Murloc onslaught.

Option 2: Ramp early. Keep those cards like Lightning Bloom and Overgrowth in your opening hand if possible, play them early. This should make it a little easier to survive the early Murloc aggression than the above option, but you aren’t as powerful later on.

DON’T try to force a combination of those two options early on. If you try to ramp, you fall behind majorly on early game tempo. When you play Celestial Alignment, you’ll most likely have little to nothing on your board, and the Murlocs will be too much to handle. Pick one: you either ramp early, or you try to fight for the board (as harsh as that will be) and use Celestial Alignment later. 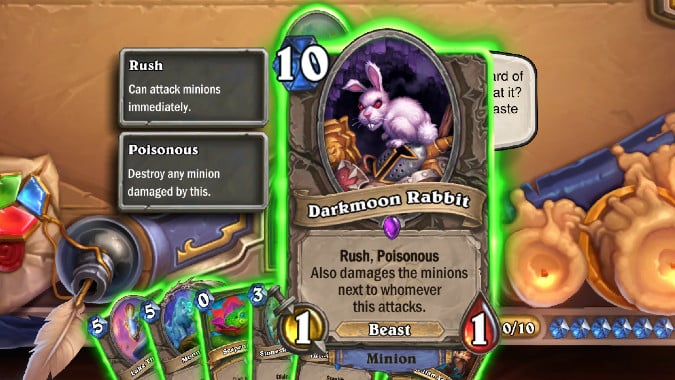 Key cards to play when possible if you want to win

The Power of Love can help you, but not as much as in previous fights, since as soon as you take control of a Murloc, they lose that +2/+2 passive buff from Mutanus; so chances of you managing to trade one of his Murlocs with another are lower. Keep that in mind!

Rest and Relaxation will give you a lot of armor, and you’re going to need it.

Guardian Animals will be amazing to help you remove a bunch of Murlocs at once. It’s easily one of your strongest cards in this fight.

Druid of the Plains can really give you some breathing room, if you manage to take out a Murloc and keep it alive later in its Taunt form from its Frenzy effect.

Thickhide Kodo is invaluable. Not only does it keep at least one Murloc attack from hitting you, it gives you precious armor.

If you can, combine a Lake Thresher with the Poison effect from Serpentbloom, to take out up to three Murlocs with a single attack, and possibly keep your Thresher alive after it.

Moonfang is another extremely solid option to combine with Serpentbloom. It will become a Murloc-killer when you do that (and it sticks around for a bit).

Darkmoon Rabbit is your pal, your friend, your ally, your master, your savior. You will love him and cherish him. Murlocs hate him!

Survival of the Fittest works very, very well on the Celestial Alignment strategy, when it only costs 1 Mana. The problem is that you only have one copy of it in your deck, so you can’t rely on drawing it. If you do, however, the game probably turns majorly your way.

Remember that Nourish gives you two FILLED Mana Crystals. That is: you can use those Mana Crystals on the same turn as you play the card, unlike other Ramp options like Overgrowth and Wild Growth. Which makes Nourish an extremely powerful card when played with an early Celestial Alignment: it means that you can play two more cards after it — any cards! 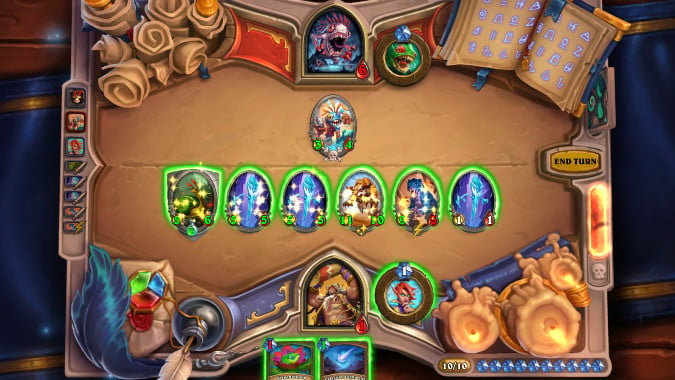 It can be done. You will likely have to retry several times, but don’t lose heart!

You’ll have to rely on RNG being on your side, giving you those ramp cards and/or that Celestial Alignment early on, as well as a lucky Guardian Animals that perhaps summons a Darkmoon Rabbit or a Lake Thresher, you hope. You’ll need to make intelligent use of cards like Druid of the Plains and The Power of Love. You’ll need to get all the armor you can from Thickhide Kodo and Rest and Relaxation. (And you’ll probably need to keep freezing murlocs with Dawngrasp’s Hero Power.)

But, eventually, things will surely go your way! Probably.

Blizzard Watch is made possible by people like you.
Please consider supporting our Patreon!
Filed Under: Book Of Mercenaries, Forged In The Barrens, Giant Murloc, Hearthstone Guide, Mutanus, Wailing Caverns
Advertisement