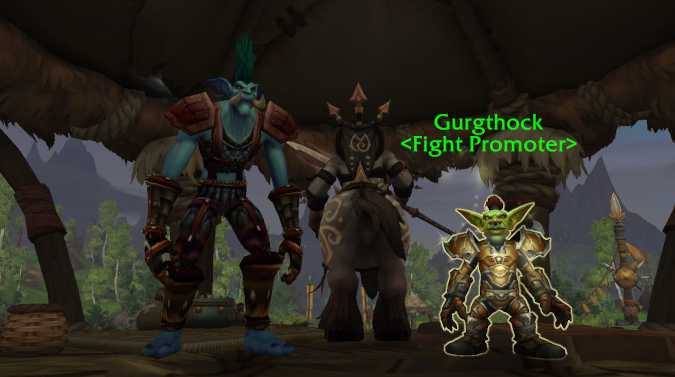 While we’re likely all familiar with the major characters of the Warcraft universe who are making reappearances during Dragonflight — the Aspects, Khadgar, and the like — there’s a whole set of NPCs we adventured with in a zone or two in the past who have shown up to the Dragon Isles. Some started off as simple quest givers, and others have shown up within each expansion for a while.

Here are just some of the most notable familiar faces you’re seeing again. 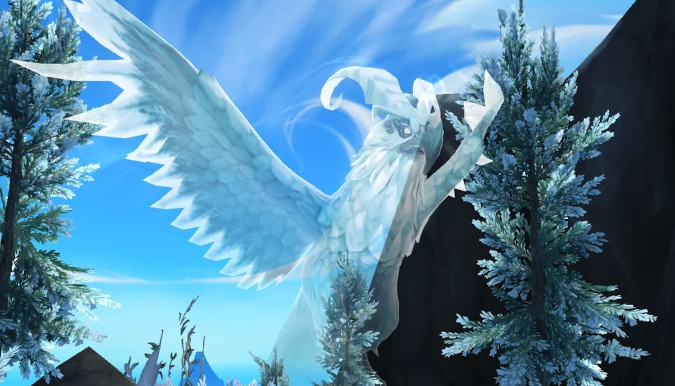 This powerful Wild God appeared in Legion as the being who blessed Talonclaw, the Hunter Artifact spear also known as the Eagle Spear. Ohn’ahra also blessed Talon Peak, the hidden location of the Trueshot Lodge, a.k.a. the Hunter Class Order Hall. She made several appearances in Legion and helped us defeat the demons that were invading Azeroth.

Ohn’ahra is a major figure in the Ohn’ahran Plains quests in Dragonflight and is both name checked pretty constantly, and also shows up a few times. No spoilers, so just keep an eye out and you’ll find her. 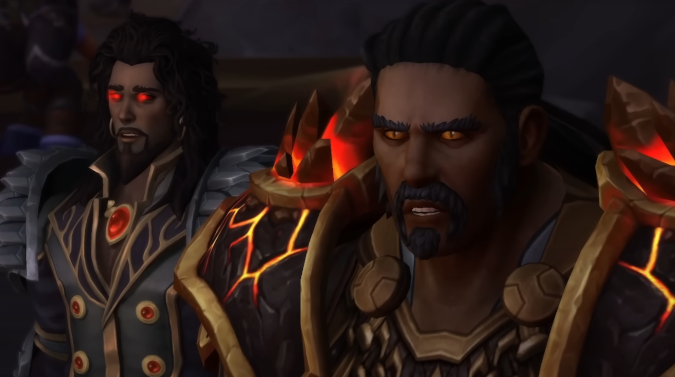 We’ve got a whole post on this Black Dragon, but given his sudden reappearance he definitely merits mention here. We allied with him to take down the Gronn all the way back in The Burning Crusade and we haven’t seen the guy since. Now, suddenly he’s back on Azeroth with a whole bunch of other Black Dragons, including some Black Dragon eggs, having cleansed himself and the other Black Dragons he was with on Outland of the taint of the Old Gods, in a way he hasn’t yet revealed to anyone, but we’re sure isn’t made up at all.

It’s all very convenient and I’m waiting to figure out just how this dude — the son and lieutenant of Deathwing himself — is gonna end up betraying us. 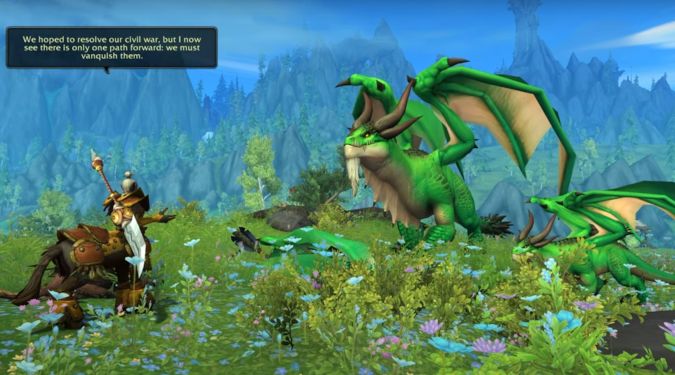 Daughter of Ysera and de facto head of the Green Dragonflight with Ysera in the Shadowlands, we’ve seen Merithra several times in World of Warcraft, from her original appearance as one of the Dragons trapped in Ahn’Qiraj for a thousand years to her later appearances in Battle for Azeroth following her mother’s death. She’s also the last survivor of the three Dragons who were trapped in Ahn’Qiraj — Arygos betrayed his flight to Deathwing in an attempt to become the new Aspect of Magic and died in the process, while Caelestrasz died in the Bastion of Twilight opposing Sinestra.

Merithra pops up in the Ohn’ahran Plains as well as in a quest that has major lore implications for the future of World of Warcraft. 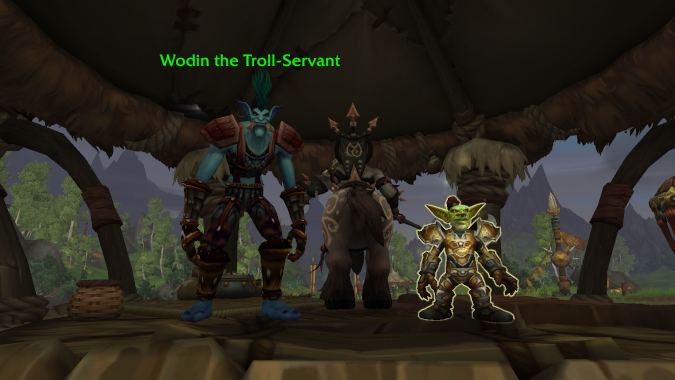 Gurgthock the Goblin Fight Promoter and Wodin have been around — we’ve seen them managing arena fights in Outland, Northrend, the Twilight Highlands, K’un-Lai Summit, and even the alternate Nagrand from Warlords of Draenor. I really missed these guys, and it’s good to see them — and their really solid weapon quest rewards — back in another expansion. They didn’t appear in Legion, Battle for Azeroth, or Shadowlands as far as I can tell, but they’re back in Dragonflight.

My headcanon is that Wodin might be Odyn in disguise. I can just imagine him infiltrating a series of gladiator matches in order to spy on the various Warriors of Azeroth. I say this because they’ve been setting up fighting tournaments for a while now and every time, some adventurer or another walks in, kicks a lot of butt, and leaves with a really solid weapon at the end. Sometimes that weapon even upgrades. I feel like they should know better at this point, but again, if Wodin actually is Odyn it kind of makes sense. 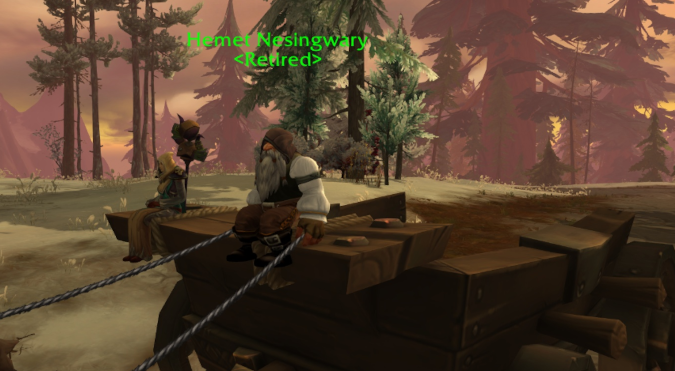 Don’t worry, he’s not here to hunt — he’s retired from that, which is good, because he was a one-Dwarf extinction machine in his pervious appearances in classic World of Warcraft, then The Burning Crusade, and pretty much every expansion after that. Nowadays Hemet drives a cart around the Azure Span as a kind of slow means of travel as part of the Dragonscale Expedition.

However, not to be left out, Hemet’s son Hemet Jr. is also on the Dragon Isles, specifically on the Ohn’ahran Plains. The Maruuk Centaur, specifically Clan Shikaar, are notorious hunters and trappers, and Hemet Jr. is itching to join in one of their hunts and impress them with his skill at wiping out entire populations of animals. So yeah, even with Hemet retired, there’s still a Nesingwary out to slaughter as many animals as possible.

It’s possible we didn’t mention your favorite returning character — I deliberately avoided some that are quite spoilerish. But any time we can find a friendly face again, it helps make the world seem more alive.