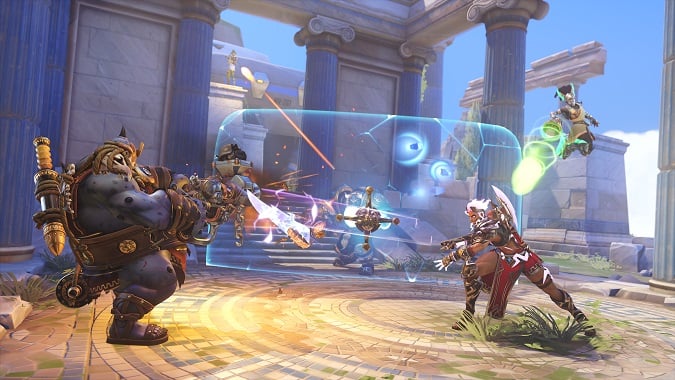 Season 2 of Overwatch 2 is themed around Greek myth, so it’s time to hit the Arcade to play as mighty Heroes to channeling their inner Gods for the new Battle for Olympus limited-timed match. From January 5 through January 19, players can participate in this free-for-all Deathmatch.

What is Battle for Olympus?

Battle for Olympus pits seven heroes against each other in a free-for-all Deathmatch. The Heroes include Widowmaker, Lucio, Reinhardt, Pharah, Junker Queen, Roadhog, and Ramattra. Each Hero will be given unique Godlike powers, such as Roadhog shifting into an enormous Cyclops or Widowmaker turning her foes into stone. The other abilities of the Heroes are uncertain at this time, but judging from the new Overwatch 2 trailer, we can see that each Ultimate ability has been adjusted to match the theme of the battle. Even the Hero skins are worthy of Olympian gods. We see that Widowmaker is Medusa, Pharah is Hades, Junker Queen is Zeus, Lucio is Hermes, Ramattra is Poseidon, Reinhardt is a Minotaur, and Roadhog is a Cyclops.

There will be free rewards for players participating in the event. These rewards include new voice lines and player titles. The shop will have new cosmetics and bundles that you can purchase with your Overwatch coins. The ultimate reward is unlocking the Legendary Winged Victory Mercy skin. 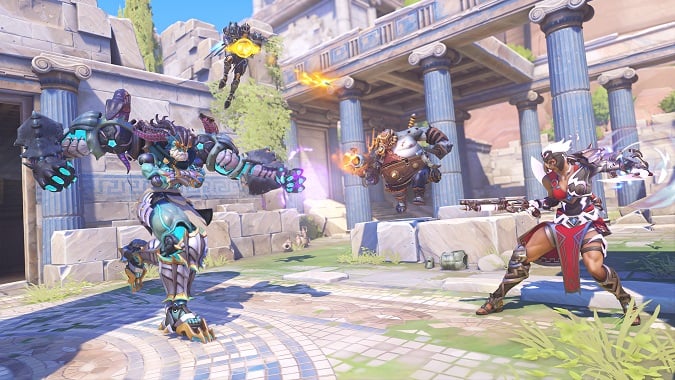 Hero Abilities in the Battle for Olympus Deathmatch

Each Hero will have some new Ultimates for this limited-time match. Here’s what we have according to the Patch Notes:

A statue for 0ur hero

In addition to these new abilities and new rewards, the battle map for the Ilios Ruins will also change. Throughout the event, the global leaderboard will be tracking how many eliminations each Hero gets. At the end, the Hero with the most eliminations will have a statue placed on the Greece-based Ilios Ruins map. 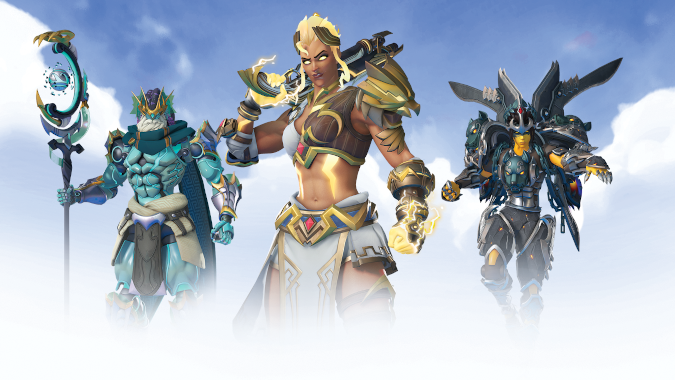 How do free-for-all Deathmatches work?

If you are new to Overwatch 2, then this might be your first free-for-all Deathmatch event. The objectives for this type of mode are simple: you need to be the first to achieve 20 kills. And it’s every Hero for themselves, so you will find no allies in these matches.

Since Battle for Olympus pits seven pre-selected Heroes against each other, you’ll be limited on who can you can play in this match. So if you’ve never played Widowmaker, Pharah, Junker Queen, Lucio, Ramattra, Reinhardt, or Roadhog, now might be a good time to check out their abilities prior to jumping into the battle. Or, if you like to learn while you go, jump right in and wreak as much havoc as you can.

Blizzard Watch is made possible by people like you.
Please consider supporting our Patreon!
Filed Under: Battle For Olympus, Overwatch, Overwatch 2 Deathmatch
Advertisement