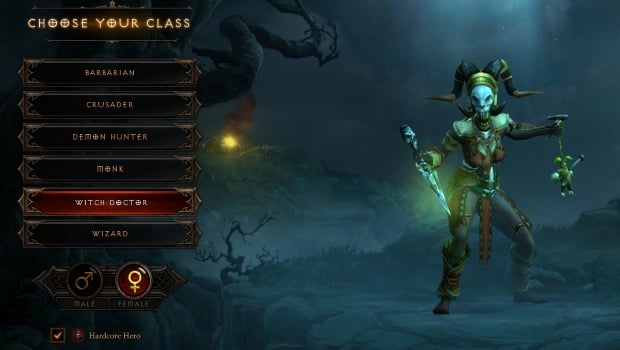 Ever wanted to chat with the developers behind Sanctuary’s gameplay? Join the Diablo team in the Tavern Talk stream event! A Community Manager hosts three game developers for an hour or two, asking player-submitted questions and providing insight into the game design behind Diablo’s patches or major features. Previously, the team talked on August 21 about the then-new Patch 2.1.0. To kick off the start of Season 2, the Tavern topic for today is Seasons.

Wyatt Cheng, Senior Technical Game Designer, and Don Vu, Associate Game Designer, are joined by Game Designer Travis Day on the Diablo Twitch stream on Tuesday, February 10 at 11:00am Pacific to look back at Season 1 and look ahead to future Seasons. Players can submit questions for Community Manager Brandy “Nevalistis” Camel to ask the developers by tweeting @Diablo, using the hashtag #D3QA, or by leaving a comment in the Feb 10 Tavern Talk blog. If players can’t join the stream directly, the Diablo team will have a VOD later on both their Twitch and Youtube channels. 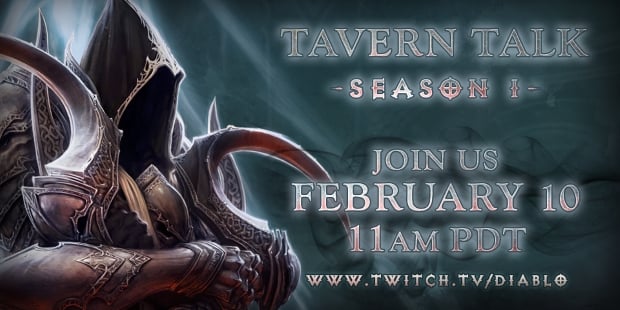 Blizzard Watch is made possible by people like you.
Please consider supporting our Patreon!
Filed Under: Diablo-3, Diablo-3-season-1, Diablo-3-season-2, Diablo-seasons, Diablo-tavern-talk, Livestream
Advertisement