Explaining stats in Warlords of Draenor 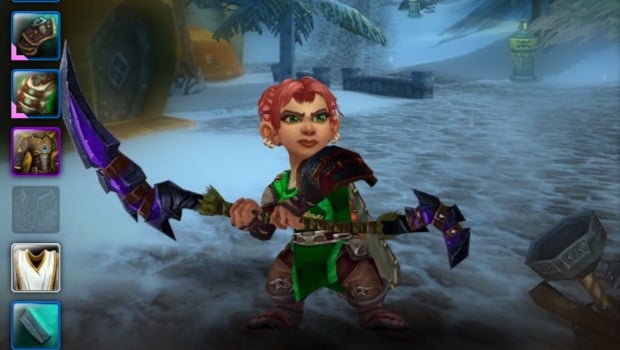 Every WoW expansion, Blizzard tends to mix up core gameplay elements in an ongoing quest for perfect balance. Whether they’ve hit that balance with Warlords of Draenor is up for debate, but if you’re jumping in to World of Warcraft again or starting for the first time then whether this is the best system ever really doesn’t matter: what you need to know is what all those stats and numbers on your character sheet mean. We won’t be digging into end-game theorycrafting or stat simulations here — we’re just trying to help players who are getting started find their feet.

If that sounds like you, follow along, and we’ll lay out the stats you’ll find in Warlords for players old and new.

You’ll find your current stats listed in your character panel, which you can open by pressing C. To improve these stats, in standard RPG fashion, you can level up or acquire better gear — but since you can’t customize your stats as you advance, the primary means of improving your attributes is by equipping better gear. Once you pass level 90 and advance into Warlords of Draenor content, you’ll find most gear has two sets of stats which switch when you switch between talent specializations — meaning hybrid classes no longer have to collect two sets of gear to be able to tackle two different class roles.

Not sure if a piece of gear is better or worse than what you’re wearing? Just like characters, each item has its own level, or item level (often abbreviated ilevel or ilvl) — the higher the level, typically the more powerful the gear. Though item level isn’t a sure-fire way to tell if a piece of gear is better — at max level, especially, you’ll find you want to pay close attention to the exact stats you’re gaining or losing by equipping new gear — it’s a good rule of thumb. Many raids (including LFR) require a certain ilvl before you can dive in, so often you want to equip your highest ilvl items. But ilvl aside, what do all of those stats mean? Let’s take a look.

Primary stats
The game’s primary stats will be familiar to old-school WoW players, though you’ll notice that spirit has dropped off the list (it’s now considered a secondary stat). But for anyone who’s played an RPG-style game in the past, these stats are pretty basic:

Secondary and other minor stats
Though the previously mentioned stats are the largest and most important in the game, there are a number of more minor stats that you’ll find on gear. While the term “secondary” may make it seem like these stats are unimportant, they still play an important role in increasing your in-game abilities. Here’s what they do:
Avoidance: Reduces the damage taken by area of effect attacks.

Not sure which of these stats is best for your character? Each specialization is “attuned” to a different secondary stat and receives 5% extra of their attuned stat…. and sometimes extra passive abilities as well. Check your spellbook for a passive ability giving you that 5% bonus (most classes get it at level 90), or refer to this list for a full rundown.

Warlords of Draenor has attempted to simplify stats, and part of that means fewer ways to tweak them. While this might seem annoying when you’re trying to customize your gear to your playstyle, it also means you’re no longer required to spend time tediously perfecting your gear to make it its best. Still, there are a few ways you can modify gear to make it suit your needs:

Looking for some help getting into — or back into — World of Warcraft? Send us your questions and we’ll try to answer them next week. But until then, have fun!