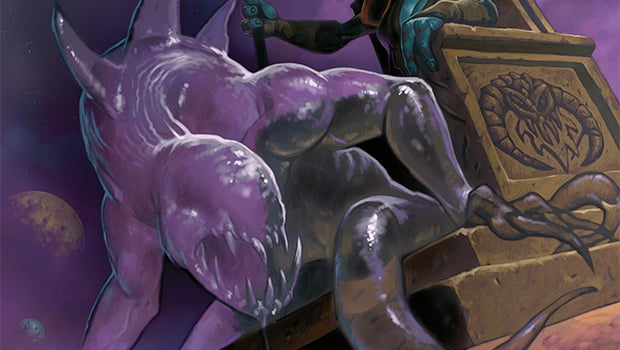 It has certainly been a long time since I wrote about priests at any capacity in a while for the community. Blizzard Watch is still on the lookout for a priest columnist (preferably someone who is knowledgeable in all three specs). Get in touch if you’re interested! You may have noticed that there’s no column name attached yet — we’re going to sit on that one for a while. I proposed Clarity of Mending and Clarity of Power for the distinct roles. An alternative one is a simple Power Word. For the time being though, I look forward to keeping the seat warm.

I’ve played a priest since the beginning, way back during classic World of Warcraft. I’m more known for healing than I am for playing a damage spec, even though I tried a shadow stint during Mists of Pandaria which didn’t work out as well as I’d hoped. I remember the days during Burning Crusade where I could keep one eye on the TV and spam a cooldown-less Circle of Healing while cutting through Black Temple and the Sunwell. I was tempted to go back holy at the start of Warlords of Draenor, but our healing composition seemed better off with me remaining discipline instead. When my guild needs me to go shadow, I switch to my retribution paladin!

Okay, enough of the admin stuff. Let’s get down to business, shall we?

Patch 6.1 released with a number of important buffs coming for shadow along with some adjustments for the healers. We’ll get to those in a second.

Shadow priests everywhere seem to be jumping around in elation. The single most important change out of the list above is the fact that Insanity now affects Mind Sear. I’m sure people want to know where the heck was this change was beforehand, but better late than never happening, right? In fact, a number of these buffs affect our ability to inflict AoE damage.

The UI addition with Halo is Blizzard’s response to Halo users having HaloPro installed. As you cast Halo, a temporary ring is shown around the priest which illustrates the area for maximum effectiveness. However, the unfortunate downside is that the range finder graphic isn’t permanent. It means if you’re unsure of your own placement, you have to cast and then stop casting to get a visual idea of what Halo’s approximate range is until you’re in the perfect position to let it go off.

Our shadowy squid friend now stays in place a little longer. Assuming no additional haste buffs on your end, Mindbender now swings about 14 times over a 20 second period (which is up from 15 seconds).

Auspicious Spirits sees suspicious changes. On top of granting that extra Shadow Orb, the Shadowy Apparition increases damage by 100%. This provides a rather peculiar choice between it and Clarity of Power (CoP). CoP has been the de-facto talent to take by a land slide for the new dotweave style of play for raids. Maybe I should look at Ovale Spell Priority to provide me with help until the rotation is permanently ingrained in my memory because I’m always off by a spell or 3. I let my Insanity go off with an extra tick or I didn’t get in that extra Mind Blast like I should have. Even DPSing stationary requires concentration, forget movement heavy fights.

Lastly, we’ve seen buffs to Surge of Darkness, Void Entropy, Divine Star, and Void Tendrils. Void Entropy seems like a big change but who knows if the damage buff is enough to provide an alternative style of play compared to the dotweave rotation?

How does the healing side of things shake out? Discipline continues to reign but holy is certainly considered a viable raid healing spec to play alongside. Smaller groups just might not have the room for multiple priests and prefer the tools that other healers bring to the table. That leads us to the minor adjustment made to Power Word: Shield. Yep, it was nerfed by another 10%. It is a nerf, but I can’t see anyone going “Wow, I’m never casting Power Word: Shield again”.

With Cascade now having the ability to strike the same targets twice, it’ll help greatly in smaller raid sizes. Sadly, each bolt won’t hit as hard as before since they nerfed it some odd by 35%. Those of you engaged in 20-player raid sizes (or mythic) should notice a slight increase to healing anyway.

Let’s look at Clarity of Purpose. More importantly, is anyone using this in any situation right now? The 20% healing looks mediocre at best. How well does it play with the tier 17 holy priest 4-piece bonus?

Saving Grace deserves a section here. I’m not a fan of using it largely due to the fact that it has a cast time and a healing penalty associated with it. When priests lost Void Shift, it was another clutch utility spell removed from our arsenal. In an earlier build, Saving Grace was instant cast with a reduced healing penalty of 10 seconds. In the actual 6.0 patch, it debuted with a 1.5 second cast time and a reduced healing penalty of 8 seconds. With 6.1 though, it has been tweaked so that it is back with no cast time at all and the healing associated with it went up by 50%. On the flip side, the amount of absorption and healing reduction is increased slightly to 15%. Yes, you get an instant Saving Grace but your subsequent healing spells are weaker for 8 seconds. It is a perfect emergency heal.

That change may well be the saving grace of… Saving Grace. Pun absolutely intended. This does beg the question: If you’re intentionally talenting into something where you’re expecting something bad to happen, doesn’t that indicate a larger problem with the group? Philosophically, I don’t like playing around the idea of things going wrong. However, if I look at Saving Grace as a one shot healing cooldown (in anticipation of a major attack or ability), I can stomach that a little easier.

I am still going to be sticking to Clarity of Will and Words of Mending. My question is will these changes warrant Saving Grace finding acceptance in PvP?

Anyone else notice how druids, paladins, and shaman saw a slight damage increase among the healing classes? Priests and monks were left out! To be fair, I don’t think we need the damage increase but no one likes being left out, right?

Enjoy the new patch! Try out the new talents in different situations and I invite you to post your thoughts and results below! I want to hear what you think of our changes and if it has made life easier or more challenging for you.

Blizzard Watch is made possible by people like you.
Please consider supporting our Patreon!
Filed Under: Disc, Holy, Patch-6.1, Priest, Shadow
Advertisement