The Queue: Still no dinosaurs? RIOT. 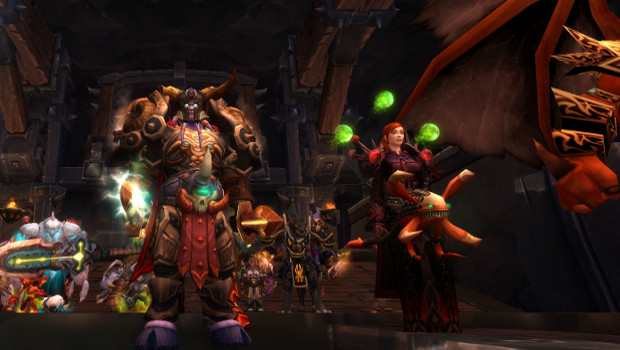 Okay, yeah, I’m not doing any dinosaur related stuff in this Queue either. Look, I’m playing WoW, doing some raiding (hit both heroic Highmaul and normal BRF this week) and also doing some Diablo III. Basically, I’m playing a lot of Blizzard games and I haven’t really had the time to go dig up any new dinosaur facts lately, plus it’s always been more of a personal pleasure than anything you guys really wanted. If I’m wrong, you have this edition of The Queue to make your case for dinosaurs.

Enough of this, let’s talk about your questions.

Some of us, almost certainly. We’re transitioning to this new model of doing things, some of us (like me, I’ll just admit it’s me) can’t really afford the price of a con ticket, a motel room, air fare to and from California, and the incidental issues that come up in planning a big trip like this.  So I won’t be going unless circumstances change dramatically in the next few months. But I’d expect a few of us to go, absolutely.

No, I don’t know who yet. I know I’m likely to get the Virtual Ticket again, like I did last year.

And if y’all are just desperate to meet me, I live in Edmonton.

Here’s an open-ended Starcraft II Q4TQ (spoilers?): what did you think of the way HotS basically reverted much of what had been done in Wings of Liberty and how would you make it if you had control over things? I thoroughly enjoyed the game and once I got past the “oh hey, Kerrigan is a Zerg again” thing, I was able to get into the story but… It’s always bugged me that in order to tell a “Zerg” story, we had to essentially hit the reset on everything we worked for in WoL.

I understand that disappointment, but let me put it this way.

I have pierced the veil of the future, and beheld only…

I feel that Kerrigan’s arc makes Legacy of the Void possible. And that’s a great thing, in my opinion. It does feel a little weird, but in a way it seems like confirmation that Kerrigan has her own mind, her own priorities – Jim decided he was going to cure her, but she didn’t necessarily need Jim to cure or save her. She’s Zerg by choice, now.

And man, it sets up the coming Protoss expansion, so I’m down. The fate of creation hangs in the balance.

My life… for Aiur.

Q4tQ:  What do you consider the most fun specs to play in each class?

Well, I don’t play every class. But of the classes I do play, here’s my opinion.

The warrior one is hard because I have so many warriors for a reason. But right now I don’t find Arms terribly fun – it was my favorite spec back in Cata and I loved it in Mists, hut right now I’m not a fan.

Is playing WoW like playing with a toy box fill with Barbie dolls and GI Joe action figures? We dress our characters up (gear), put them in vehicles (mounts) with accessories (pets and toys) and even got a new play house (garrisons).

Yes. That’s essentially accurate. It’s a very good way to sum it up. It’s basically playing make believe with a set of rules to tell you who actually does what so you can’t just say nuh-uh when you’re told you got shot. 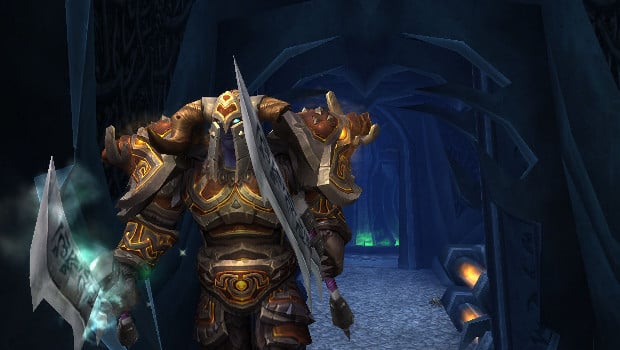 There I am, playing dress up.

QftQ: How do you name your pets, both real and in game? Have you ever settled on a strange name you didn’t plan to use on a character because the one you wanted was taken?

In real life, my cats are named after Alpha Flight characters.

Since patch 6.1, has your salvage yard’s usefulness gone up or down? I’m trying to decide to replace it with the storehouse, as up to this point I’ve been depending on Walter’s 5-minute bank access (with his 4-hour cooldown) or making runs to Ashran and then hearthing back.

I haven’t been getting a lot of blue or purple items (I felt I was getting a ton more before the patch), with mostly the same green items appearing over and over again, ugly, cheap, and unwanted items.

I literally just got a 645 armor upgrade from salvage. In general, though, I get more from the Dwarven Bunker, and I generally feel like I could replace the Salvage Yard and barely notice.

And that’s The Queue. I’m sorry I won’t get to see y’all at BlizzCon this year, but I’m thankful that I get to do this at all, and hope you all have a good time if you go.