BlizzCrafts: A cavalcade of Pepes 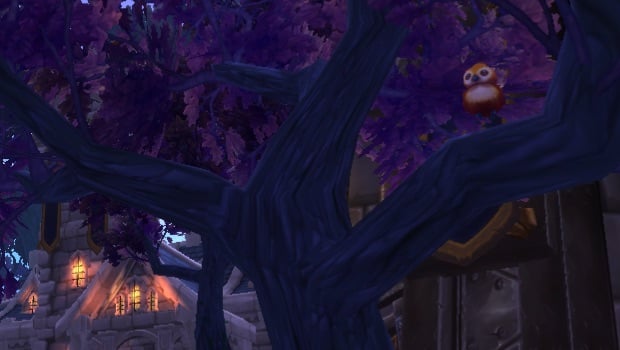 More than perhaps any other character in Warlords of Draenor, Pepe has become an in-game (and out of game) sensation, with legions of screenshots, fan art, song, and even cosplay. Though Pepe was the brainchild of Blizzard artist Jordan Powers, he’s flown into Draenor (and our hearts). How could one bird inspire such devotion?

We haven’t quite figured out the secret to Pepe’s adorable success, but we have come across a lot of great pieces of Pepe-inspired art — and we’ve gathered our favorites here to share with you.

When you click on Pepe, you get a buff called “You’ve got a friend!” — a line that brings to mind the song of the same name. If you haven’t heard the original, than the Pepe-centric parody above, by MeaganTC, might not make a lot of sense to you.

Pepe would like to remind you all that he can sing, too, in this art by YegiGin. 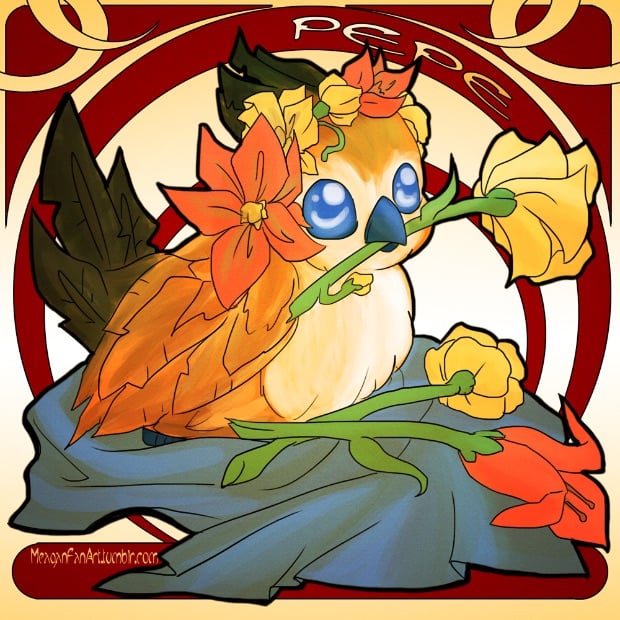 If music isn’t your thing, MegeanTC also made this art nouveau version of Pepe, which you might have noticed flashing by at the beginning of the video above, too.

For a portable (or more portable than your computer) Pepe, there’s this plush by Jessica, which does a great job of tackling Pepe’s huge, expressive eyes.

Need your own real-life Pepe to keep you company? While perched on your head? You wouldn’t be the only one. Sirius made the plush Pepe above.

While Sirius’ Pepe is rather petite, Tracimoc’s Pepe at PAX East this year couldn’t be missed. We recommend checking out Pepe’s post-con R&R, too. 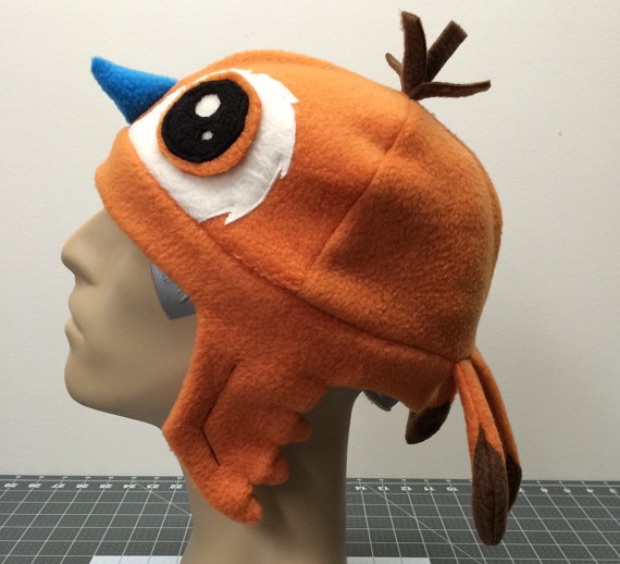 Want to show your Pepe love but also keep your head warm? This fleece hat by SpazzyCatStudios looks like the perfect winter weather accessory.

And you may need that hat if this snow Pepe by Debra is any indication.

todays random make is a #Warcraft #Pepe hairclip ,need to work on it more. sturdy it up some. @jord_tron_5000 pic.twitter.com/5ZhEoXXcOb

If smaller is what you’re after in Pepe-themed accessories, there’s this Pepe hair clip — a subtle nod to our favorite bird — also by Debra.

Pepe is finished! I just wish he were fuzzy so I could cuddle him. Maybe I should learn how to sew… #warcraft pic.twitter.com/pXq7xxTvAZ

My @Warcraft collection lacked an awesome Pepe figurine so I made one! @jord_tron_5000 ❤️ pic.twitter.com/3K2nd1G1Hf

There’s lots of World of Warcraft swag out there, but no Pepes. This oversight had to be corrected, so Maquannas made this figurine.

@PlayOverwatch @Warcraft I updated the artwork of Bastion to something more appropriate… #Pepe pic.twitter.com/2yWJRNyQ06

@Faience My Pepe submission, doodled it a while ago <3 pic.twitter.com/A9b0CGhqc9

Pepe’s tendency to perch on your head — and stay there, through thick and thin (and even haircuts) — suggests a level of tenacity not usually found in your average songbird. Clearly, not even a hat will get in Pepe’s way when trying to find a comfortable spot to sit as you can see in this art by Songzee.

But is Pepe all good? Or does his adorable visage hide something sinister? Cadistra of World of Warcraft, Eh? has us all wondering. (And, no, that isn’t the only Pepe horror story out there.) Hmm… what are you up to, Pepe?

That’s all for this week, but stay tuned next week for another crafty artist interview — and if you have Blizzard arts and crafts of your own you’d like to see on Blizzard Watch, send them our way! Submissions and suggestions should be sent to liz at blizzardwatch dot com.

Blizzard Watch is made possible by people like you.
Please consider supporting our Patreon!
Filed Under: Arts And Carfts, Pepe, Pepe Art, Warlords Of Draenor Pepe, World Of Warcraft Pepe, Wow Pepe
Advertisement