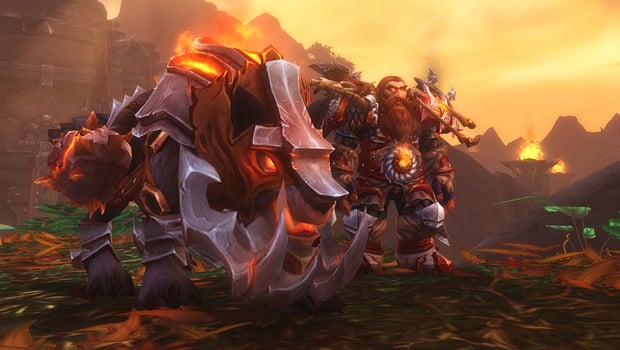 Welcome to Locked and Loaded, Blizzard Watch’s regular column for survival, marksmanship, and beast mastery hunters. This week, your host Adam Koebel (@BendakWoW) will be talking about initial impressions of hunters on the patch 6.2 PTR.

The PTR has finally arrived and we have some patch 6.2 hunter business to discuss. The biggest news is the removal of Aspect of the Fox. Why did this happen, and how does it affect the average hunter?

Aspect of the Fox

OK, let’s get this one out of the way first. Aspect of the Fox is gone. No attempt to balance it, just gone. How do I feel about it? Meh. The vast majority of hunters won’t notice it as the ability was only really used in high end raiding and PvP. I used it when my raid leader told me to, it was never something that actually benefited me as a hunter (to be fair, it can have some limited benefit for marksmanship or Focusing Shot).

That being said, I don’t think it needed to be outright removed. It gave hunters a special button to push to help out their raid, and it felt good. The problem was that some groups may have felt they needed to add an extra hunter or two for additional casting on the move. I don’t think that ever really happened though. There are plenty of mythic raiding teams running 2-3 hunters, but rarely more than that. Guilds aren’t routinely bringing 6 hunters to their raid for Aspect of the Fox.

I think a better solution would have been to give it a debuff similar to Sated but only lasting a minute or so. Less chain casting, more situational use.

In the end, I’m not brought to my raid team for Aspect of the Fox, and I’m pretty sure most hunters aren’t either. We do competitive damage and we’re the best at doing the dirty jobs no one else wants to do. The only difference you might see is a 20-man group opting for 2 hunters rather than 3 (if they have the choice). Anything below mythic? It’s simply not going to matter. It had PvP benefits as well, but hunters aren’t exactly going to be hurting on the PvP front because of this.

What I will miss most is mounting up on the move. The healers and casters are the real losers with this one. 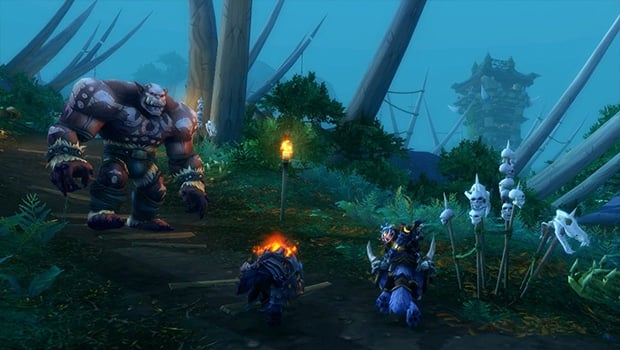 Tanaan Jungle is a spooky place

I’m sure what we have here is very early and incomplete, but it’s still valuable to give feedback on the direction Blizzard is headed. Currently, in patch 6.1, the three hunter specs are about as balanced (between each other) as they have ever been in WoW’s history. Yeah, marksmanship still sucks for AoE, but the specs are all great where it matters (single target damage). Sounds pretty good to me.

Beast mastery actually received some buffs which were undocumented in the official patch notes. The effectiveness of Master of Beasts was increased (by roughly 20%), and Kill Command also received a small buff to its attack power scaling. Beast mastery is doing so well in tier 17, in part, because of set bonuses. So if you’re wondering why it’s getting buffs, the anticipation of those bonuses no longer being a factor and/or future balance adjustments we haven’t seen yet are the likely reasons.

Marksmanship received a simple 15% buff to Aimed Shot damage. This is a spec that is already great at dishing out single target DPS, and this buff will most likely crown it king in that department. We can keep asking for some kind of AoE love, but I don’t think it’s going to happen.

Survival is the spec that everyone is concerned about right now. Explosive Shot damage has been reduced by 15% and Arcane Shot and Multi-Shot no longer apply an extra instant tick of Serpent Sting. To clarify for those who don’t know, these two shots apply the Serpent Sting DoT but they also deal an extra instant tick of Serpent Sting damage when they apply or refresh the DoT. That instant tick is being removed. To help compensate for these nerfs, the effectiveness of survival’s Essence of the Viper has been increased by 19%.

Here’s the bad news. That little mastery buff does nothing to offset these other changes, most notably the Serpent Sting one. Whether intentional or not, the instant Serpent Sting ticks are the main reason survival is competitive right now. Not only do hits apply instant ticks, but multistrikes do as well. My friend Delirium did the math, and these changes result in a nerf of about 20% to survival’s single target damage. The nerf to AoE damage would be significantly higher than that.

I’m almost positive we’re seeing incomplete number tuning here, and that something else will be changed to compensate. My feeling is they may be removing the instant tick functionality to better balance out survival’s stat values. Currently, multistrike is so good that 1 point of multistrike is as valuable as 3 points of haste. Instant ticks from multistrikes is part of the reason multistrike is so good. It would certainly be nice if gear without multistrike wasn’t viewed as utter trash by survival hunters.

This all may sound a bit scary, but keep in mind the PTR is young and all of this is subject to change. I just hope they’re careful, because I kind of like where things are on live servers.

Both A Murder of Crows and Barrage will now only do 80% of their normal damage against player targets. Keeping in mind that I am primarily a PvE player, this is the good kind of nerf. Too many times in the past has our PvE performance suffered because something needed to be adjusted for PvP. I am glad that Blizzard has been more open to giving PvP-specific behavior to problem abilities this expansion, like they did for Chimaera Shot in an earlier hotfix.

If you’re a PvPer, tell me, would this change get you to consider something like Powershot as an alternative? 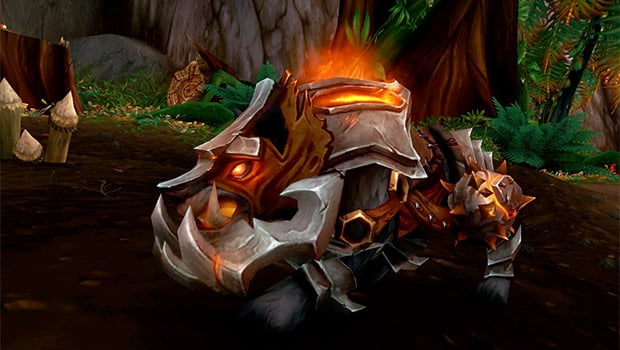 I’ve done a tour of Tanaan Jungle and while there’s a lot of stuff to tame, none of it is anything new in this build, with one exception (and it’s a doozy). The Iron Warwolf is a new wolf found in Tanaan that looks pretty amazing if you like an armored pet. Senior Game Designer Jeremy Feasel hinted on twitter that hunters may have some new pets to tame this patch, so this wolf might not be the end of it. I’ll be keeping my eye on each new build for more pets.

Every week I pull questions from the comments to answer right here in the column.

TheBakaist asked:
Is there an easy way to put pet abilities on your action bars, or does it all have to be done VIA macros? I noticed you can’t just drag heart of the phoenix onto your bars, and I like having my bindings in the same place on my bars for each character, rather than Ctrl+Middle Mouse be on the pet bar for that one character.

Yeah, pet abilities can’t be directly dragged onto your action bars. You need to make a macro such as “/cast Heart of the Phoenix” then it can be placed on your regular bars. I find it best to use the pet bar for autocast toggles, and for single use abilities like Ancient Hysteria I make a macro.

SpellSage asked:
Is survival an easier spec to break into the Hunter class or marksmanship? Since I want to go petless at level 100 with lone wolf I guys beast mastery is no go.

Survival is definitely the easiest spec to get into. Easier to manage focus, and a bit more forgiving. Marksmanship can be rewarding though, especially if you want to feel like a caster (who can move while casting). Also, nothing beats a Chimaera Shot crit.

Chrth asked:
When is it ever worth using a Cunning pet spec?

PvP as a survival or marksmanship hunter. If you’re beast mastery, you’re probably using Adaptation and have access to the good stuff from every pet spec anyway.

Wrathsome asked:
How do I know how to set a shot priority? I was using Barrage last night and staring at my Multi-Shot button with shame and aggravation. Have I been unfaithful?

Barrage is expensive. I think Multi-Shot will understand if you neglected it a bit so you could build up Focus to use Barrage. Things may go a bit smoother next time if you prepare for it by pooling focus when you know Barrage coming up. Sometimes it can be worthwhile to hold onto it, such as an imminent spawn of Pack Beasts on Beastlord Darmac, but most of the time you want to have Focus available to use it on cooldown.