The Queue: Bonus objectives, Heroes of the Dorm, and the next WoW expansion 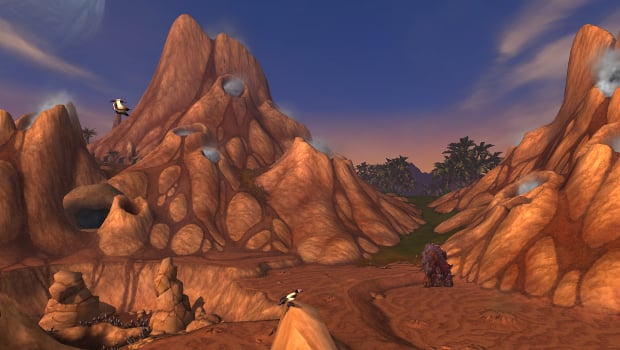 Usually, I try to write The Queue not too long before it’s meant to be published — that way, everyone’s questions have a reasonable chance of making it in if I’m able to answer it. However, today’s a busy day for me, so today’s edition of The Queue was written late afternoon on Sunday — which means I’m speaking to you from Sunday, referring to Monday as today despite it not being today for me at all. Time travel!

What this means, though, is most of today’s questions came from Twitter. If you asked a question in the comments yesterday, ask again today!

I’d guess this depends entirely on ratings. The biggest, most attractive events end up on ESPN’s main channels. The lesser items get moved over to their secondary and tertiary channels. If Heroes of the Dorm performs well, ESPN Prime may show much more interest in esports in the future — but if the performance is mediocre, it’ll either get dropped or stay right where it is. I think it’s way too early to say with confidence which way it’ll go, but it’s something to keep an eye on over the next few months.

Any more discussion going on about freelancer contributions to the website?

I’m assuming this is in reference to my tweet awhile back saying we’re considering accepting one-time pitches. That remains something we’d like to do. Before we do it, we first need to bolster our coverage of non-WoW games (Heroes of the Storm, etc) and figure out a system that would make the process quick and simple. We don’t want to start accepting pitches, realize the volume of paperwork is bogging us down, and then can it to save ourselves from madness. The madness prevention should be in place before we even start.

Ultimately, we need to make sure our budget is allocated to the coverage we know we want/need internally before we start taking outside pitches.

how does the BW team feel about bonus objective areas? I mean they are effectively quests, but I was doing them today and LOVED them. But I feel like no one ever mentions them.

I suspect they never get mentioned because, as you said, they’re effectively quests. I’d lump them in with the general questing experience. As an alternative way of offering quests, I quite enjoyed them. Though effectively the same thing, they have a different feel to them — that’s pretty cool to me. My one exception is Gorgrond. Gorgrond is split into two halves. If you pick one outpost, you get one half of the quests. If you pick the other outpost, you get the other half of the quests. Whichever outpost you didn’t pick, those quests become the zone’s bonus objectives. Knowing that, I found myself feeling shortchanged somehow. I knew those bonus objectives had a story, but I wasn’t allowed to see that story because I picked a different building.

If that was a standard procedure in WoW — being given choices that determine which quests you see — it wouldn’t have bothered me so much. I would actually be okay with such a thing. I love playing alts, and that’s a good way to encourage alts. Given they only did it in Gorgrond, though? It felt weird. In the bad way.

Gorgrond aside, they’re pretty awesome and I’d love to see them reappear in future expansions.

Have you managed to obtain your 715 ring or Garona Halforcen on anyone yet?

Nah. I realized I wasn’t having any fun in Warlords of Draenor raids so I stopped doing them. My Tablets of Whatever Fragments are coming almost entirely from work orders and that’s slow going.

What are the chances of the next expansion being announced before Blizzcon? Are there any events where that could happen?

If we see an expansion announcement before BlizzCon, it will probably happen at gamescom in August. I’m not willing to make any gamescom vs. BlizzCon predictions, though. Blizzard’s timeline is an enigma; making guesses based on what they’ve said in the past has been proven to be foolish. An expansion every year? Every 18 months? Who knows! To adhere to their timeline goals, they’d either need to announce at gamescom or have a very short beta phase with a BlizzCon announcement. They’ve never hit those goals, though, so I’ll base nothing off of them.

Blizzard Watch is made possible by people like you.
Please consider supporting our Patreon!
Filed Under: Bonus Objectives, ESPN, Heroes Of The Dorm, Next Wow Expansion
Advertisement