3 things I learned when starting Heroes of the Storm 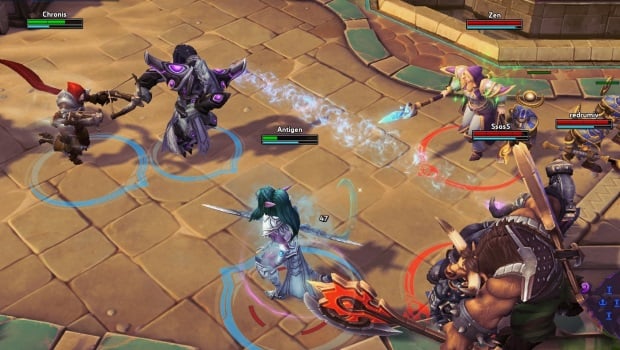 The broadcast of the Heroes of the Dorm finals on ESPN inspired a lot of people (myself included) to scramble for beta keys and jump into the Nexus. My previous experience with League of Legends made me hesitant to throw myself into Heroes of the Storm head-first; on the surface the two games do seem very similar, to say the least. However, after trying out a few different heroes and cycling through some of the maps it’s clear that whatever misgivings I had with LoL thankfully did not carry over.

Because of my previous aversion to MOBAs (Multiplayer Online Battle Arenas) and their ilk, I entered Heroes knowing very little. As I made my way through the tutorials, stretched my legs in practice, ground out some games in cooperative, and finally hurled myself into quick match, I picked up a few pointers that would have saved me a lot of trouble.

Communication is essential. Heroes is very much a team-based game; as such, coordinating and executing tactics as one cohesive unit requires some degree of communication. In-game chat is a decent way to give short commands or call attention to a particular lane, but the game’s fast pace doesn’t leave much time to type out a lot of text.

This is where the ping system shines. With only a couple of button clicks, you can get vital information to your team quickly and efficiently. Other than simply showing a circle on the minimap, you can ping an objective such as a mercenary camp or treasure chest and the game will announce your desire to take those resources. Furthermore, by pressing G and holding down left click you can bring up a radial menu with four basic messages:

Naturally, voice chat like Skype or Teamspeak is preferable to either chat or pings, but if you’re using matchmaking to find games then you likely won’t have the luxury of speaking to your allies. Knowing how to work with the tools you have will make you a much more proficient player.

Map objectives are very important. My absolute favorite moments from the Heroes of the Dorm series were the huge team fights. Replicating those awesome battles in quick match is also a lot of fun, but killing heroes ad nauseum won’t net you a win. Gathering tributes, skulls, coins, buds, and jewels to activate the map’s special mechanic can swing games. Also, clearing out mercenary camps and bosses can turn up the heat on the opposing team’s remaining structures, often times resulting in drawing enemy heroes away from the front lines to mount a defense. Killing heroes is still important, but more as a means to an end — while the other team is respawning, your team has free rein on any camps or objectives. 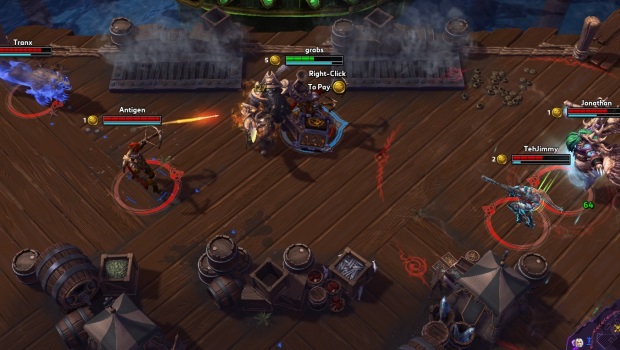 You are not an army. With some assassin heroes like Illidan, Zeratul, and Nova, it can be very tempting to go hunting for a juicy target like a squishy support or vulnerable assassin. Similarly, warrior heroes like Diablo and E.T.C., with their high health pools and mitigation, can make you overconfident in your survivability, leading to less than stellar plays like Stage Diving into a cluster of enemies behind their walls and getting trapped there. Going off on your own in search of takedowns and glory is a good way to both anger your teammates and potentially lose games.

Keep an eye on your minimap and be ready to mount up at a moment’s notice. If an ally is getting hit by a 3-on-1 and you’re just killing minions and farming experience in an adjacent lane, go and help cover his retreat. Watch your teammates’ pings, grouping up for big objectives or to blow through a couple merc camps. Use your best judgment to determine which scenarios call for a full group and which only need two or three. This may sound like a lot to know, and it is — learning the ins and outs of team play in Heroes has been a slow but steady process for me, but it’s very much worth it.

Of course, these points only scratch the surface on things like proper communication and advanced tactics in Heroes of the Storm. As you make your way into ranked games you will find that competitive play requires a more in-depth understanding of these concepts, and the skill ceiling can look dauntingly high. But everyone has to start somewhere, so if you’re new to the Nexus, take your time when learning the ropes — I certainly will be!