Lightsworn: The trouble with Exorcism 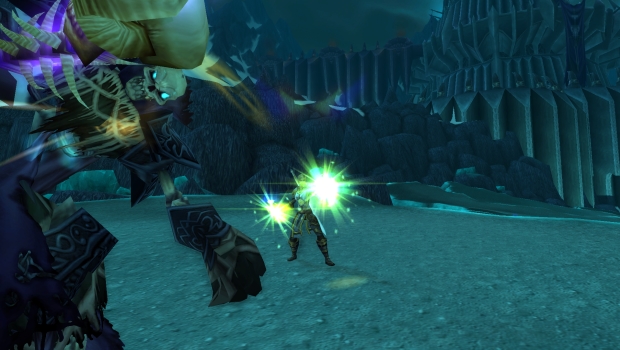 Initially I was going to write this column about whatever exciting changes the first nuggets of patch 6.2 had in store for us, and then I saw the patch notes.

Naturally, the kneejerk reaction is blind, frothing rage. However, if you take a look at other classes’ notes you’ll see similar mastery manipulation. Whether this particular knob is being turned because gear scaling is getting out of hand or because the devs want to see players care about secondary stats besides mastery, I’m not sure (though it’s probably a little of both). What we can take away from this is that a) we’re not being singled out, b) the resulting nerf to our DPS is actually very small, and c) the devs think everything else is A-OK.

As the title of this column might indicate, however, not everything is as hunky-dory as it seems. Solsacra, Retribution Paladin in vodka, frequent MMO-Champion poster, and prominent theorycrafter, weighed in on his concerns for Ret going into patch 6.2 and beyond over on the official forums, and while reading his feedback one thing struck me — Exorcism and its proc have silently been poisoning our playstyle for a long time now.

Depending on who you ask, Ret’s proc-heavy nature is either its greatest attraction or its worst feature. The proc formerly known as The Art of War, a 20% chance on each auto-attack to reset Exorcism’s cooldown, contributes heavily to this manic playstyle. Or it would, if Exo’s priority wasn’t somewhere between the liquid outer core and solid inner core of the Earth.

There are two big reasons why the current implementation of Exorcism (more specifically, its proc) fails to impress.

Seeing Exorcism in its current state is heartbreaking because of how iconic the spell has been for paladins. Sure, it’s no Judgment or Consecration, but it holds a place in my heart for being that weird spell that could only target demons and undead, helped give rise to the shockadin, and significantly contributed to our domination of the undead in Icecrown Citadel. 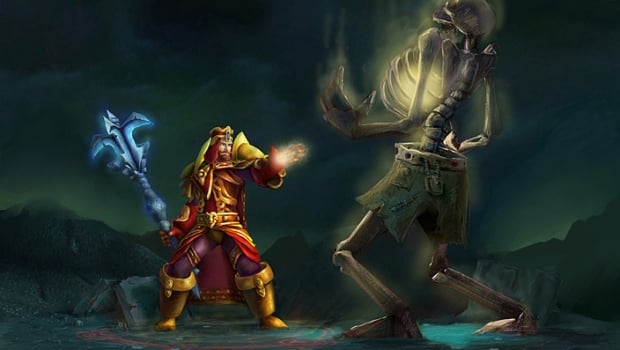 What can be done to exorcise this ability’s demons? Solsacra has a couple of suggestions:

T15 2pc: would promote gameplay that resembles Colossus Smash. At the time (ToT) this was actually interesting to use, even if the effect was ultimately weak. tuning can rectify this. Synergizes well with Glyph of Mass Exorcism. for example, you could Apply the Exo debuff to prop up burst/aoe

Our two-piece from Throne of Thunder, in my opinion, was nothing to write home about. It was a nice damage boost, to be sure, and the interaction with Mass Exorcism was phenomenal, but it’s lacking in character and the kind of interesting gameplay decision-making that other prominent procs force us into.

T17 4pc: The current Blazing Contempt functionality is actually simple but effective; positively received outside of its Hammer of Wrath attachment. simply put, Exorcism just generates two/three holy power. You might want to reconsider the proc functionality with this implimentation.

This idea I really like. Sadly I have not yet donned our current four-piece (or even two-piece, I know), but having a golden wrench thrown into our otherwise simplistic priority could be a very welcome change. Although I haven’t done any theorycrafting to determine just how much holy power an Exo proc should generate, or how high or low the proc chance on autoattacks needs to be tweaked, without significantly changing our damage output, the notion of a two holy power proc mixed in with Divine Purpose’s three and our standard generators’ one could make for some interesting resource management scenarios.

Of course, there are plenty of other things the devs can do to it to make the proc actually mean something:

It’s entirely possible that Exo is fine where and how it is, and only a small section of the ret community has a problem with it. We certainly have a couple other procs to manage, a few different priorities to keep straight, and a new Exo interaction on our next tier set to worry about. But as Solsacra said, this will be our fourth straight raiding tier of Exorcism-related mechanics; the sheer amount of experimentation that these bonuses represent belies a hint that the blues aren’t happy with Exo either.

Edit: at the time of writing the set bonus changes hadn’t yet been pushed to the PTR. Needless to say, I’m happy that our new two-piece was changed, and the two-charge Avenging Wrath could be pretty freaking amazing. The cynical part of me doubts that bonus will go live, but I guess only time will tell!

Blizzard Watch is made possible by people like you.
Please consider supporting our Patreon!
Filed Under: Exorcism, Paladin, Patch-6.2, Retribution, Warlords Of Draenor
Advertisement