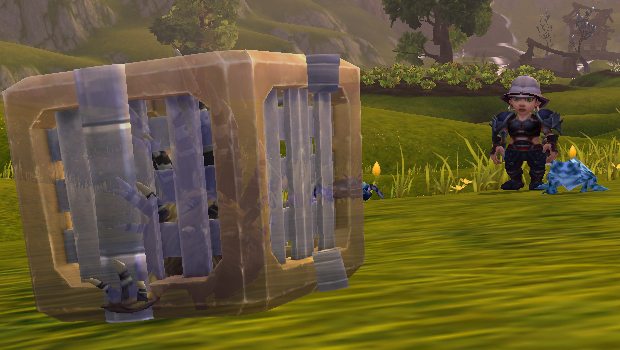 We’ve discussed battle pets you can trade and acquire via drops before, so it’s high time we discuss some battle pets that are great fighters that you can tame. Here are some of my favorites.

Rabbits in general have a ton of dodge moves which makes them surprisingly long-lived. With Dodge and Burrow you can use your rabbit to make it past a number of difficult challenges. My personal favorite example is against the Thundering Pandaren Spirit’s Darnak The Tunneler. It’s a hard-hitting Beast so you’d think the rabbit would get creamed, but its dodge moves line up perfectly to completely dominate Darnak. Rabbits also have Stampede, which applies the ever-popular Shattered Defenses debuff. Many rabbits have stats identical to the Tolai Hare’s, but the Hare is easy to find and starts off high level. I prefer the S/S breed variant because getting the drop on your opponent is so crucial to that dodge-heavy moveset. 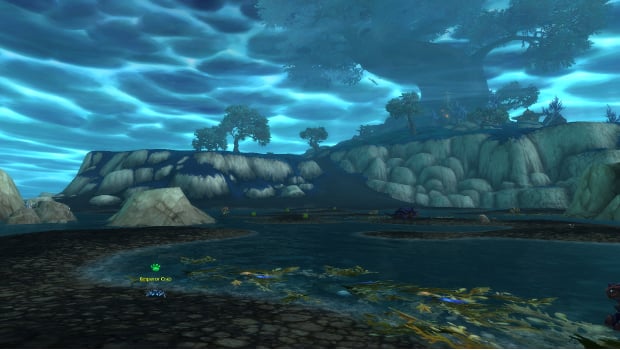 This crab has been a central workhorse for me since the inception of the battle pet system. It swings easily between a strong turtle-style component with Shell Shield or a decent DPS one with Whirlpool. Shell Shield is useful in PVE encounters in several places, but the crab is also one of my go-to pets for wild grinding. It can also swing between a Beast move and an Aquatic one, maximizing its utility for different battles. It’s tamed at a high level, so all you’ll need is a stone or two from Lio or Serrah and you’re ready to roll. The P/P breed variant is the highest power crab in the world which is why I’d rate the Emperor above others, but if you want to tame a Spirebound that’ll work out alright, too.

Much of the Nether Faerie Dragon’s utility is wrapped up in the slightly overpowered ability Life Exchange. While it has been nerfed quite a bit against pets with massive health pools, this ability is what makes the Nether Faerie Dragon such a popular pick for many of the tamers through Draenor. Though the dragon is usually a bit squishy, Life Exchange levels the playing field nicely. The Nether Faerie also has a trick up its sleeve due to two different movesets. You can build it out to either deal lots of Flying damage or lots of Magic damage, which just further increases that utility. You’ll want to favor Speed here, because you’ll have a better handle on when you should use your higher-yield abilities.

To start off this entry: Sorry. I know this pet is extremely rare, and next to impossible to track down to begin with, and you probably hate me a little right now. The one tip I have for getting one of your own is similar for a lot of very rare pets — pick a couple spawn points, camp some alts and log on as quickly as you can after a server reset. The thing is, unlike some rare pets which are crap battlers but still sought due to rarity, the Unborn Val’kyr also has incredible DPS potential. Haunt is a high DPS, high utility move all on its own, before you add in Curse of Doom. Unholy Ascension has a decent backup option with the vendor-acquired Ghostly Skull, and lends a lot of team throughput all on its own. I know this girl is possibly the most infuriating tame in the game, but her moves are so fantastic she has a place on any list like this. Again, sorry. 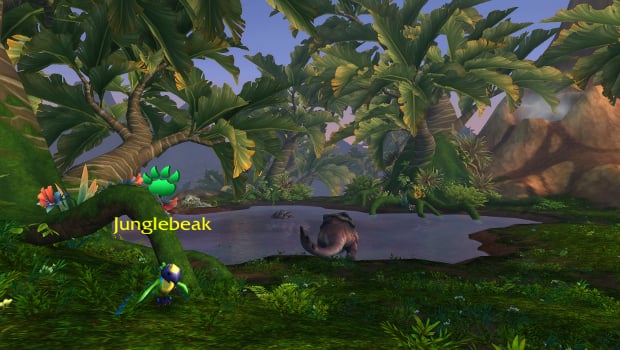 I was kind of surprised when I saw the Junglebeak popping up occasionally in the PVP meta, but my first encounter with it made it clear that this pet is a must-have. It has incredible self-synergy with a Nocturnal Strike combo that doesn’t involve Darkness, for once. Instead, Rain Dance fills that role by boosting base accuracy as a whole — and it’s also a heal, with additional chance to crit on that Nocturnal Strike. I fell in love instantly. Well, after I scraped a bit of Clockwork Gnome off my shoe. It’s another very easy tame, and has excellent swing utility too, if you opt for Lift-Off instead of Nocturnal Strike. I prefer the Power breeds, if possible.

It’s surprising that a tiny green dragon can be so beefy, but the Emerald Proto-Whelp is a fantastic meat shield. Since there are so few Humanoids there aren’t many places where it meets a hard counter, and between its different heals, per-hit shield and avoid move even against non-optimal matchups it can still eke out a win pretty frequently. The Emerald Proto-Whelp has moves from the Magic and Dragonkin families, so you can switch it up if needed. This tame is also a bit rarer, but my patented ‘log in super fast after a server reset’ solution to rare tames works well, if you can. 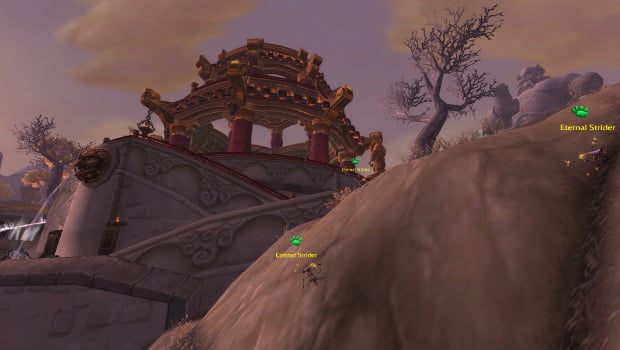 The Eternal Strider saw a lot of action in Pandaria’s PVE encounters, but it has a few niches in Draenor as well. Pump deals big DPS after a turn to prime it, so it’s an excellent ability to get past dodges and shorter shields. Just use a down turn to pump it up, then unleash after those dodges come down. Because of this, it basically packs 2 turns of damage into one turn, making it an excellent counter to Stitches Jr. Those pumps are well over 500 damage a pop. Striders can also choose between an AOE heal with a weather effect and a big self-heal. Weather effects tend to be extremely useful regardless, and the two different types of healing gives the Eternal Strider excellent utility. I like the Eternal because it’s the only one that has any kind of x/P breed variant at all, and I like my Strider to hit hard. The Eternal is also arguably the easiest to tame.

Moths in the pet battle game are like glitter. They’re everywhere and you can’t get rid of them. What they lack in rarity they make up for with utility. They tend to be very fast, hit hard and have an avoidance move that makes them a confounding opponent. The reason I elected to highlight the Silky Moth over others is that it has the highest base Speed stat, plus an available Speed breed. Speed gives you more control over your fights, and a better chance you’ll dodge bigger moves by catching your opponent unawares. There is absolutely no lack of moths out there, and they’re fairly interchangeable. If you’d prefer high power, the Gilded Moth has the highest value for tamed pets with a P/x breed, but the Yellow Moth, sold by a vendor, has the most overall by far, and is the only one that comes in a P/P breed. 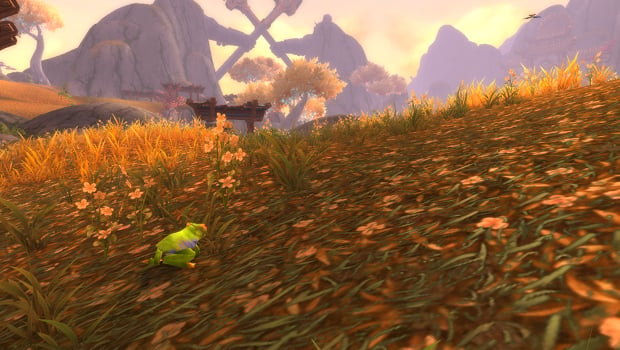 I’ve found myself using frogs frequently in Menagerie fights. Frogs were the name of the game to beat Carrotus Maximus initially (now, just about anything will do). Frog Kiss is a hard-hitting ability with a chance to polymorph your opponent, which is very nice in both single-pet encounters and wild fights. Frogs have heals, a weather effect and can swing to a Critter moveset if the situation demands it, meg them stellar at killing Undead pets. The Yellow-Bellied Bullfrog is tamed at high levels and is the only frog with a P/P breed. Power helps with not only harder hits but also increases the amount of healing done to that already large baseline health pool.

Chickens have seen a bit of a popularity spike and are on the decline, but there’s just something about beating the tar out of your opponent with a chicken that tickles me. The move Flock remains central to the strategies to defeat many single-pet PVE fights, and the reason why is speed. Between high natural speed and the Flying family ability, chickens with Flock dominate. I do expect to see tamers favoring these again come 6.2 and the daily Legendary pet battles. The reason I chose to highlight the Szechuan is that speed is the name of the game. While the plain old Chicken is the same exact speed in the S/S breed, the Szechuan is tamed at a much higher level. Also, the Szechuan sounds a bit tastier.

I definitely had to ax a few of my favorites to make it under ten, but my favorite part of pet battling is getting out there with my Safari Hat on, travelling the continents looking for new tames. So, kind of like Brann Bronzebeard, only less incompetent and prone to pressing buttons. Hopefully.

Next column is going to be Q&A style, so if there’s a burning pet battles question you’ve got, now’s your time to ask!