World of Warcraft inducted to Video Game Hall of Fame 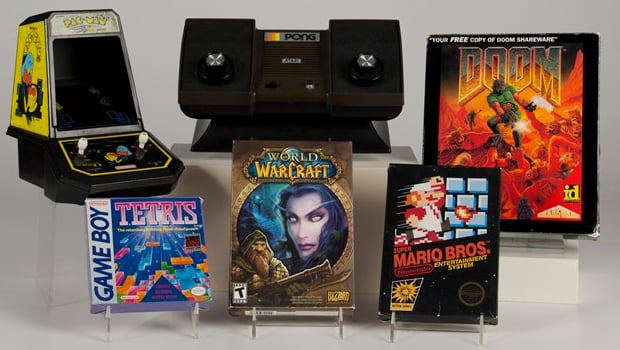 This week, the Strong Museum announced the first class of inductees to their newly established World Video Game Hall of Fame. Among them was a game we all know well, World of Warcraft.

The criteria for entry into the Hall of Fame is tough. Games selected for entry must be a global force. They must be icons that stand the test of time, and have considerable influence on pop culture as a whole. These are all bullet points World of Warcraft meets handily, as does the rest of the prestigious first class: Pong, Pac-Man, Tetris, Super Mario Bros., and DOOM. In the case of WoW, the press release leans heavily on the fact that the game is so far-reaching, both internationally and as the highest grossing game of all time, in addition to having such long-running success. The criteria listed for consideration indicates that this kind of overwhelming cultural influence can essentially overwrite the other bullet points, perhaps opening the door for other more modern contenders.

The runners-up, including primary school favorite The Oregon Trail and fan darling The Legend of Zelda, will have a chance to try again next year, though the field looks no less packed with iconic competitors. A hearty ‘grats’ to all games considered.

If you’d like to take a trip to Rochester, New York, the physical location of the Strong Museum of Play, you can find all the games in the World Video Game Hall of Fame in on permanent display their eGameRevolution exhibit. Most games in the exhibit are free, but the arcade-style games require tokens. The Strong Museum is also home to the International Center for the History of Electronic Games, which is dedicated to preserving the entire timeline of video games in various media. Launching a controversial hall of fame is no new ground for Strong, either — also on permanent exhibit is the National Toy Hall of Fame. Launched in 1998, it includes Nintendo’s Game Boy and the Atari 2600 alongside childhood staples like Stick or Blanket.

Blizzard Watch is made possible by people like you.
Please consider supporting our Patreon!
Filed Under: The Strong Museum Of Play, Video Game Hall Of Fame
Advertisement