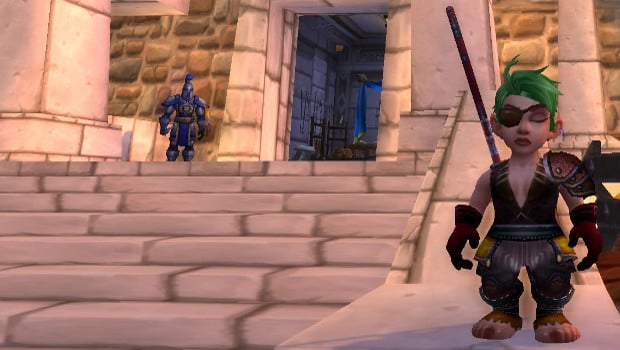 Okay, so I’m leveling a brewmaster monk sans heirlooms on the leveling stream. Again, sans heirlooms. So the following opinion is entirely based on how strong she is without a single heirloom on.

Brewmaster monks are ridiculously OP so far. Like, every level up to 48 (her current level) I just annihilate things. We pull huge groups of mobs and I just hit them with Keg Smash. I was level 46 before I even had to learn what Dizzying Haze did. I just discovered Paralysis yesterday – I’m essentially a tank that can sap things now. This is ludicrous. How does anyone enjoy playing such an overwhelmingly potent class? I’m glad I didn’t level one when Vengeance was still a thing, I’d be unstoppable.

I’m softening on my declaration that I’ll reroll DK as soon as we hit level 55, because frankly, a DK wouldn’t be this crazy powerful. Anyway, The Queue. Your questions. Let us discuss.

Q4tQ: have you checked out the look of the new tier sets? Do you like/approve for your class(es) of choice? Myself … thank God for transmogrification.

I think the warrior set looks really good. That’s about all I care about, really.

Should mages get a class quest that gives them a short range bird form like Khadgar has? One that works similar to the monks cloud flying.

You mean Zen Flight? I dunno, mages already stole Mirror Image from blademasters and Heroism/Bloodlust from Shamans. The last thing we need is more class flavor getting lost. Khadgar’s bird form is similar to Medivh’s, which makes sense because Khadgar was trained by Medivh (or is Medivh if you’re into in-game conspiracy theories) but player mages never trained with the Guardian of Tirisfal. I’d say no. No, mages shouldn’t get a raven form like Khadgar.

If they did get one, I like the guy who suggested it replace Blink. Instead of teleporting, you shift into a bird and hurl yourself forward, then shift back.  But I’d rather they not have it at all.

Q4tQ: Should I keep my stock pile of Armor and Weapon Enhancment’s? I have hundreds of them and no plans of replacing my followers.

There’s no real reason to, but if you don’t need the gold you’d get from vendoring them or the space you’d get back in your inventory/bank, then by all means, hold on to them.

Will guilds need to finish Ahead of The Curve or a like achievement before the patch drops in order to get a title or mount like for other patches, or is that only when they nerf raids before another xpac comes out?

Ahead of the Curve will be gone. The mount that Blackhand drops and the meta-achievement mount should still be there, however. They won’t nerf the drop rate on mounts until there’s a new expansion because players grow in power by leveling and can trivialize mechanics that were once very difficult.

It’s not available for purchase for resources, you simply have to wait for it to become available in your Garrison as a daily Apexis quest.

Is it possible to get the Draenor Loremaster achievement on one toon? Are both starting zones needed?

You absolutely can. I have it on my draenei warrior. None of my Horde have it.

Q4tQ, should Time Walker dungeons be weekdays for those who don’t play on weekends? Rep bonus really important to some now.

Yes, they should be. Just having them on weekends really just means people who don’t play on weekends won’t ever get to see them.

And that’s the Queue for today. See y’all next Tuesday.