The Queue: An awful, horrible, terrible, no good day 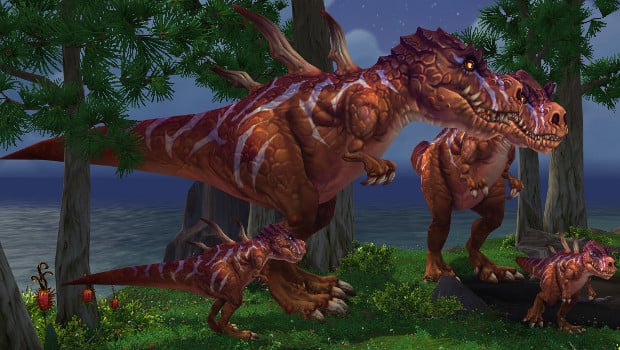 I don’t really want to talk about it, but yesterday can just pucker up and smooch my derriere. Just the worst day I’ve had in years, and I’ve had some pretty awful days. The next few promise to not be much better. While everyone else will be enjotying Patch 6.2, I will likely be busy dealing with them fumigating my apartment. That means packing up everything like clothes and food, taking down all my dishes, and then finding another place to live for a day along with our cats. So much fun.

So I’m probably not in the best frame of mind, but here’s the Queue.

I’m so disgusted with Blizzard’s flying bs right now it’s hard to be even remotely articulate. They have  a flying mount built into the earliest rep rewards for 6.2, before you can even USE IT ( can’t tell me a “dreadwing” wasn’t meant from the beginning to be a flying mount ) and had the temerity to publicly announce “no flying in WoD or beyond” and then go “we’ve had a change of heart” a few days later. Pure and utter contempt for their player base. They planned the whole scheme from the get go. Tease them for a while, drop a bomb, then back off and introduce a lame, shallow, grind-heavy path to keep them on the hook until the next expansion.

And here I think I’M the cynical one. Damn.

Here’s what pure and utter contempt for their player base would look like:

Seriously, I’m beyond tired of this shallow, childish, selfish mindset from people. It’s arrogant to the point of comedy, it’s dismissive and ignorant and it murders community and poisons the discourse to just assume you know the motivations of others better than they do and you’re a purveyor of truth. The fact is, you don’t. You don’t know what motivated them better than they do, and essentially calling the entire development team a pack of liars (which is exactly what you just did) serves no purpose other than to vent spleen.

There has been so much on flying and the decisions behind flying from Blizzard now, and it’s always been the same song this expansion – they want people to explore. They’ve said this over and over and over and over and over again to the point where I’m frankly sick of reading it, explicating it, or otherwise discussing it. And I even wrote a big post criticizing them for it. The idea that the entire process was a conspiracy intended to excite people about the path to flying in 6.2 simply makes no sense. It ignores anything that doesn’t fit your argument in favor of a worldview that panders to an ‘us vs. them’ narrative, and that narrative is beyond toxic.

If you really believe that the developers of the game are that actively malicious, you absolutely need to stop playing for a while. There are other MMO’s (one is having huge problems with its big launch as I type this) and you can go play them for a while, and then subscribe sinister, contemptible machinations to them.

People can make decisions you disagree with without being malevolent, and they can reverse those decisions without it being a plot.

What was the hardest mount you worked for? Either the time it took for you to get it or a long/boring grind.

Let me tell you a story.

Back when I was in a realm first guild, we were working on Yogg-0, and the competition was down to us and two Horde guilds. We spent weeks working on that fight. It was a grueling nightmare of players going insane, insufficient DPS in the final phase, all sorts of problems. After a month of solid attempts we finally, finally burned through the last phase and got Yogg down and the raid exploded on Vent. People sobbing, screaming, shouting, you name it.

So then comes time to distribute the loot, including Mimiron’s Head. I argue that it should go to our Raid Leader, because without him, we wouldn’t have gotten there at all. I’m shouted down. People want to random roll on it. I accede, and then the random rolls go off. One of the loudest agitators for random rolling rolls a 99. I wait until the end of the rolls and then roll, hoping to somehow beat that 99.  I don’t.

So now we’re in tie territory. Figuring it’s worth a shot, I restart my argument – it’s just the two of us, why don’t we pass it to our Raid Lead, he did a ton of work to get us here. Again the argument is rejected. So it’s roll time. He rolls a 97.

The Raid Leader insists I learn the mount immediately and the raid group drags me to Dalaran, where I am forced to ride Norgannon’s only Mimiron’s Head (at that time) through the streets of the city.

That’s the hardest I ever worked for any mount, and I didn’t even want it. I do fly around on it a lot, though. It’s the only really rare mount I ever got.

Q4tQ:  Someone waaay below had mentioned the existence, as part of the pre-Cata world events, some kind of event where you liberated Thunder Bluff from the Grimtotem, or brought the Ulduar tablets to Magni or something.  It got me to thinking about those old world events; at the time, I was way too low level to do it.  My question is:  if some version of those world events could be implemented using the Scenario tech, would you play it?  What would you want to see?

Personally I think it would be a big boost to the levelling experience, to be able to go see those things in relation to when they happened.  I’d love to see the Elemental unrest stuff, to say nothing of the Undercity invasion, the reclaming of the Echo Isles…  opeing AQ… just all those lore events that I missed because I wasn’t there for them.

I’d like the original Battle for Undercity returned, with us escorting our faction leaders into the city and fighting either the Grand Apothecary Putress or Varimathras. I’d also like to see the original Order Must Be Restored in some fashion (I miss raiding Blightcaller) with the Horde version being interfering with the raid. And the original Battle of Darrowshire, come to think of it.

Man, I’m getting nostalgic in my old age. Gotta watch that.

Question for the Resplendent Queue:

How would you feel about new Elemental Lords? Ragnaros and Al’akir were put down by us, Neptulon may or may not be dead, and Therezane is off doing whatever. Of those four positions, two are vacant, and one may be up for grabs. I would assume some elementals are trying to take control of their respective planes in the absence of absolute leaders.

We were flat out told by Cenarius, Malfurion and Hamuul Runetotem that yeah, someone’s going to replace Ragnaros as the Firelord. We also know there was a Firelord on Outland, Cyrukh. So it’s not just possible, it’s going to happen. Eventually at least Ragnaros and Al’Akir will be replaced. There’s very little chance of Therazane being replaced while she lives, and as for Neptulon, until we learn what happened to him I wouldn’t expect a replacement – Ragnaros was banished to Azeroth for hundreds of years and wasn’t replaced.

I don’t know when we’ll find out who the new Fire and Windlords are – we killed Prince Thunderaan and Sarsarun, as well as Al’Akir’s loyal Conclave of Wind, so they’re likely out as successors, and our rampage through the Firelands winnowed down Raggy’s possible heirs as well.

That’s the Queue for today. I’ll potentially see y’all Tuesday, depending on whether or not a giant steps on me. The way this week has gone, that seems likely.