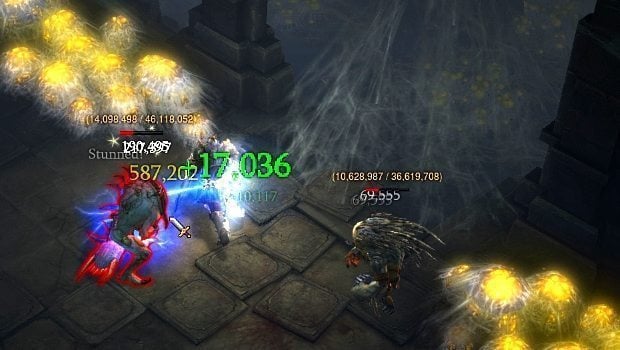 I left off with important stats in Diablo 3, but those were offensive stats. I mentioned at the end that I should have included defensive stats, because killing things is slightly less important than surviving in the first place. So let’s go over the basics of surviving as a Nephalem.

Every item comparison in Diablo 3 has three categories of how it’s better or worse than the item you currently have: Damage, Toughness, and Recovery. Toughness refers to the amount of raw damage you can take before you die. Like Damage, Toughness takes a handful of stats into account. These stats comes from many sources, including native gear stats, Paragon points, or class skills.

Toughness is a number usually in the millions at max level, even if your health is only just above 500k. The exact ratio depends on what class build you play, what you’re trying to do, and how comfortable you are with how your health bar goes up and down. Toughness helps you get into higher modes of play, but typically levels off or even goes down a bit as you depend more on avoiding fire, killing mobs, or locking down mobs with crowd control than you depend on surviving a full hit. 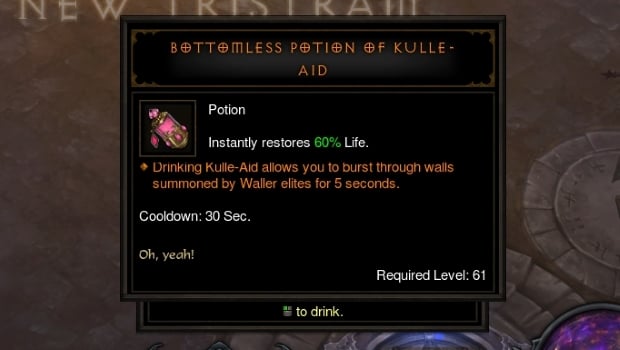 Recovery is based off Toughness. For example, my Witch Doctor’s current Toughness is roughly 9.8 million and her Recovery is roughly 300,000. If I were to take a hit worth all my Toughness, it would take me approximately 30 seconds to fully recover based off of my passive Recovery alone.

All three are fairly straightfoward. But let’s break them down a little further into which is better.

You can make your healing globes and potions stronger with this stat. Typically, healing globes are made stronger by increasing the pickup radius so you don’t have to move as much to grab one, but you can also increase their strength of heal.

Your potion ability is also increased in strength by the Healing Globe Bonus. Bottomless Potions are legendary potions that have an extra healing or crowd control perk in addition to healing you for the baseline 60% Life. 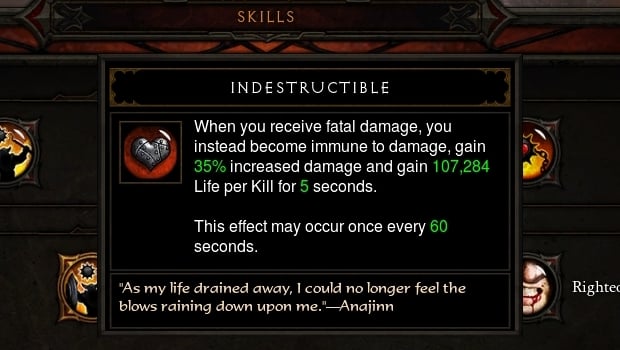 Sometimes you need a little help outside of your gear to survive in Sanctuary. When playing with friends, you might split in roles where one of you is a little squishier but deals out more damage and one is a bit tankier and can take everything on. When playing solo, a lot of high-end Greater Rift builds focus on abilities that lock down mobs with crowd control so you can kill things before they even have the chance to kill you.

The Templar is the best baseline survivability follower if you’re playing solo, because he heals you in addition to taunting, slowing, or stunning mobs for you. The Enchantress can help with additional crowd control, particularly if your build is focused on damage bonuses that occur while a mob is crowd controlled.

Friends playing different classes can share auras with you that help increase many parts of survivability, including dodge chances, armor, or resistances. You can split damage with pets through ability runes, or you can just use your pets as barriers to melee or ranged attacks.

Finally, some class abilities and passives can help you out with not dying. These particular passives and abilities are often used in builds where survivability is important, like in Hardcore mode builds. The Witch Doctor’s Spirit Walk is possibly the most notorious get-out-of-jail-free card, and it was recently nerfed so we couldn’t use it as much as we were using it. Every class also has at least one passive that either heavily heals them, or gives them a Cheat Death kind of card to play when an otherwise killing blow would have occurred.