Hellfire Citadel to be last raid in Warlords 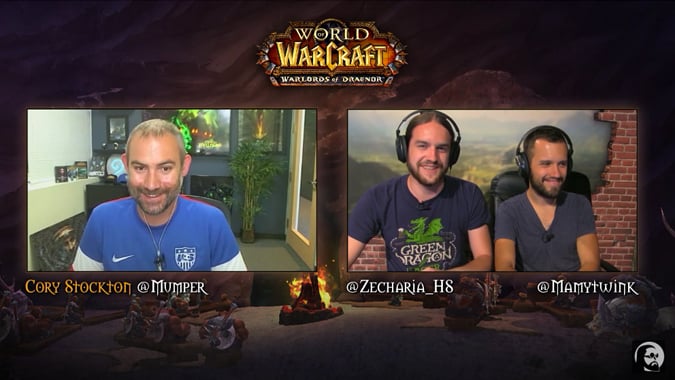 Mamytwink and Zecharia interviewed Lead Game Designer Cory Stockton about patch 6.2 and WoW‘s future. Notable in the interview was the confirmation that Hellfire Citadel is planned to be the last major raid in Warlords of Draenor. Stockton also seems to confirm that patch 6.2 will be Draenor’s last, though Blizzard is keeping a close eye on how quickly players are burning through new content. The interview was far-ranging, but we’ve dug into the highlights.

Though there’s no guarantee that future expansions will also have only two major patches. However, if they succeed in shortening the time between future expansions — something Blizzard has been talking about doing for a long time — fewer patches would make sense. However, Blizzard doesn’t intend to repeat the long content drought between Siege of Orgrimmar and Warlords, so they’ll be watching patch 6.2 closely to see how fast players progress through the content and raid. Could that mean another patch? Perhaps, as Stockton only said Warlords would “probably” only have two.

Another interesting tidbit concerns the debate over the final boss in Hellfire Citadel. Last year at Gamescon, Tom Chilton revealed that the final boss of Warlords was Grommash Hellscream which caused much furor, especially since we had just dealt with his son Garrosh in Siege of Orgrimmar. However, by the time Hellfire Citadel finally appeared, the story had changed drastically and we were met with Archimonde instead. Cory noted that during the development of the raid they changed the direction of the final boss in order to give it a more epic feel. Gul’dan, whom we also see in Hellfire Citadel, has a lot of potential left for his story and we may see him again.

Farahlon — the area which we all knew as Netherstorm in Outland — unfortunately did not fit with the story they were trying to tell and there are no plans to add it right now. It’s not necessarily a lost cause though, as they have moved story elements from one expansion to the next before. Interestingly, Tol Barad was intended to debut with Wrath of the Lich King but came with Cataclysm instead, as it fit that story better.

View the full interview (in English):

Blizzard Watch is made possible by people like you.
Please consider supporting our Patreon!
Filed Under: Farahlon, Hellfire Citadel, Last Patch, Patch-6.2, Warlords Of Draenor
Advertisement