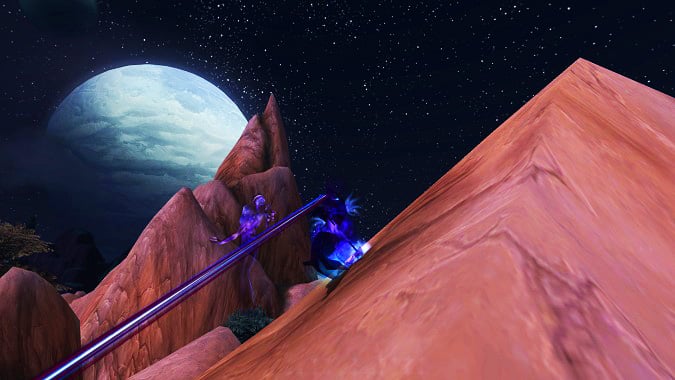 Not too long ago, Celestalon took to the forums to post a reply to a very well thought-out breakdown of Shadow Priests heading into patch 6.2.  The entire post is quite lengthy, but to any dedicated Shadow Priest, it’s a must-read (as is the reply from Celestalon).  Instead of reiterating points made in the post, I wanted to take a moment to address a specific part of Celestalon’s response about Blizzard’s idea of what it means to be Shadow:

Originally Posted by Celestalon (Official Post)
In terms of lore and fantasy, they should focus on the powers of the Void. However, they’re still Priests; they know that what they’re dabbling with is dangerous, and have to try to go as far as they can without going *too* far. Pain, Insanity, Darkness… These are the tools they use on their enemies, and even a bit on themselves. For the future, we’re looking at ways that we can adjust their gameplay to feel more viscerally “Shadow Priest”. We think some things have worked well (like their DoTs), and other things have worked not so well (like Shadow Orbs).

Now, there’s a lot that can be taken from that, but what I want to discuss today is what being a Shadow Priest has meant to me over the years, and how that relates to a certain underused talent called Void Entropy.

Warlords of Draenor and talent design

Before I jump into Void Entropy, it’s important to discuss the overall level-100 talent design.  For a long time, Shadow has been played in relatively the same way: cast all DOTs on your target, use Mind Blast on cooldown, and fill with Mind Flay.  Shadow Word: Death has nudged its way into the rotation in various ways over the years, but the DOTs have still always been the focus.  Up until now, this has been Shadow. Yes, some aspects have changed over time, but this was the core of what it meant to play a Shadow Priest; keep your DOTs on the target at all times!  This, of course, meant that Shadow could sometimes feel very niche — one of the bigger complaints coming into Warlords of Draenor was that Shadow didn’t excel at single-target fights.

The level-100 talents were designed as a remedy to this.  More than that, they were designed in a way that made Shadow feel more than ever like its own class, each talent choice acting a different “spec.”  To me, this is an excellent design!  Dedicated Shadow Priests are able to not only switch “specs” to fit a larger breadth of encounters, but also challenge themselves to learn the ins and outs of each playstyle and truly master the class.

Clarity of Power acts as our go-to single-target talent choice.  Auspicious Spirits, conversely, is the go-to choice for encounters that feature multiple targets that are unlikely to die too quickly to AOE (Beastlord Darmac is an excellent example of a fight that just feel made for Auspicious Spirits).  That just leaves Void Entropy.  In theory, the talent choice is there for long-time Shadow Priests who like the old playstyle.  It adds Void Entropy as an opener, but thanks to being refreshed by Devouring Plague, keeps the core rotation discussed above almost entirely intact.

Void Entropy was supposed to be our comfort-zone talent.  It was designed to let Shadow be Shadow.  Early in the beta for Warlords of Draenor, Void Entropy was not refreshed by Devouring Plague but instead became an extra DOT to maintain during the entire encounter.  Maybe Blizzard felt that this was just too much to manage; maybe there was something else internally that led Blizzard to change it to its current iteration.  But to me, this spoke loud and clear to how they wanted Void Entropy to function: as another DOT in a DOT class’s toolkit that didn’t change how that class had been played throughout the years.

But somewhere along the line, it got neglected.  Left, one might say… 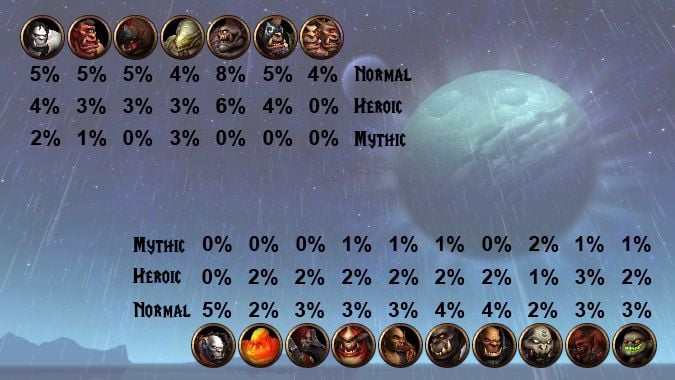 But how neglected has it really been?  I was curious, so I took a look at Ask Mr. Robot’s statistics page (which looks at the top five percent of Shadow Priests on boss kills only) to see if my suspicions about Void Entropy actually warranted concern.

What you see above is not just the result of an on-the-go lesson in Photoshop, but also how often Void Entropy is being picked as a talent on each boss in Warlord’s first tier across all difficulties.  Now, there are a few points to keep in mind when looking at those numbers.  First, Ask Mr. Robot’s infographics tool was launched right around the time Blackrock Foundry was released.  As a result, data is likely to be more accurate for Blackrock Foundry.  Second, data is also more likely to be accurate at lower difficulties since there are more players raiding at these levels.  Third, and finally, most of these numbers are reflective of data taken after the 6.1 buff to Void Entropy.  With that all in mind, what can we take away from this?

Well, to say Void Entropy is underused is perhaps obvious — but, more importantly, it’s also a huge understatement.  Even with an incredible margin of error, Void Entropy’s representation in the top five percent of Shadow Priests across all 6.0 raid encounters is less than 10%.  Even on a fight such as Twin Ogron where, theoretically, you can keep a full set of four DOTs on both targets and maintain your filler rotation the entire time, Void Entropy barely sees any use.  This is a fight built for Void Entropy and yet Auspicious Spirits and Clarity of Power both get picked far more because they are simply better.

And still, the best thing I can say about Void Entropy in patch 6.2 is that Devouring Plague was nerfed slightly which, relative to Auspicious Spirits and Clarity of Power, makes Void Entropy slightly more appealing than it had been in 6.1.  At this rate, Shadow Priests are going to have spent an entire expansion ignoring the talent that should have let them be Shadow. 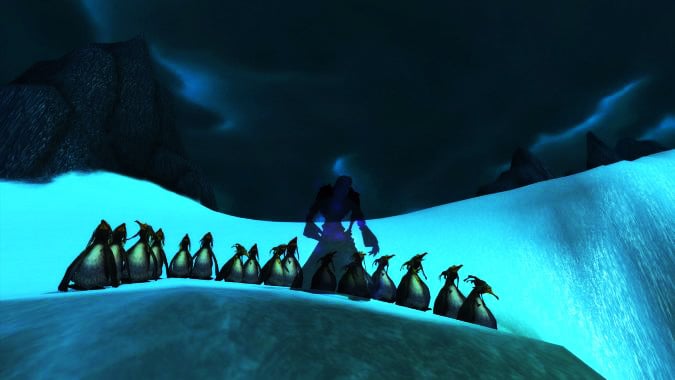 So, how do we fix it?  This is something that has been discussed briefly on this site before, and I’d love to hear your ideal Void Entropy design, but what I would like to see is an effect added to Void Entropy.  The effect would be something akin to, “While Void Entropy is on the target, your Shadow Word: Pain and Vampiric Touch abilities receive X% increased benefit from Haste.”

To me, Shadow’s stat priority has always been about Haste (it’s actually felt wrong to focus on Crit as much as I have been during Warlords.)  This sort of change would bring Haste back front and center — and thanks to the way Haste interacts with DOTs, it still would not alter the rotation.  If anything, thanks to the changes in Warlords, an increased emphasis on Haste would allow for more Mind Blast casts, which would in turn make balancing a full set of DOTs on two targets (such as Twin Ogron) more manageable.  It might make swapping talents a bit more cumbersome gear-wise but, to me, that’s an okay design element if you view the 100 talents as sub-specs (which I do).

On top of that, it would emphasize Void Entropy as the talent that places importance on DOTs and the synergy between them.  Auspicious Spirit and Clarity of Power both alter our Shadow Orb acquisition rates in some way — let that be their thing.  Void Entropy is all about DOTs.  Don’t change it in a way that changes its core design; change it in a way that enhances that design.

In terms of balance, requiring Void Entropy to be on the target for the effect to occur would mean its benefit to multi-dotting would be limited.  It would excel at two-to-three target, council-style fights, but not necessarily out-perform Auspicious Spirits on add fights such as Beastlord.  Similarly, the added Haste would make it more viable in single-target encounters without pushing it ahead of Clarity of Power.  More importantly, the combination of these two elements would mean Shadow Priests who don’t focus as much on min/maxing, are not interested in learning multiple playstyles, and/or don’t like switching talents on a fight-by-fight basis would have an option that still kept them competitive without accusations of picking a talent that no Priests in their right mind would use.

Paramount in all of this is that it would make the Shadow talent viable again.  Does it have to be the best choice for every fight?  No, absolutely not.  But there is a niche it can fill and an itch it can scratch.  Long-time Shadow Priests have been making a choice this expansion: sacrificing identity or sacrificing damage.  For some, this hasn’t been an issue — the game is about playing Shadow and performing as best as possible, period.  But for others, identity is everything. 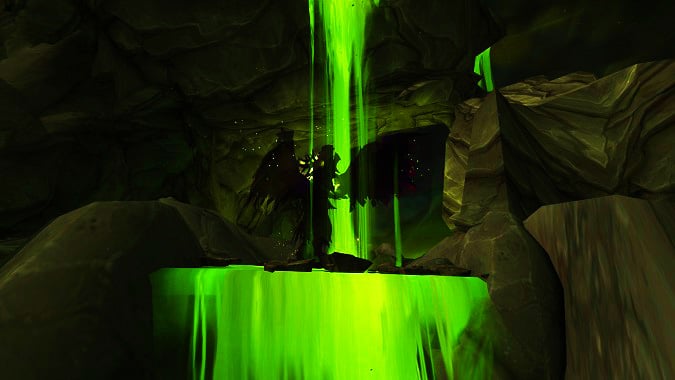 So, what if there are huge changes on the horizon for Shadow?  What if Shadow Orbs are gone and Shadow has an even more radical adjustment in 7.0 than it did with 6.0 and the level-100 talents? Great!  As I said above, I’m a fan of the way Blizzard tried to adjust Shadow to be more versatile; the game evolves constantly and so should Shadow.  But that doesn’t mean Blizzard can’t take a second to look back at what made Shadow “Shadow” before moving forward.

Void Entropy was a well-intentioned endeavor, but it didn’t quite live up to its design.  My hope is that 7.0 shows us changes that will make Shadow Priests both old and new happy — it’s not impossible, it just takes a little recognition of what’s made Shadow so great all these years to make happen.

Until next time, always remember: nothing will hold you as close at night as Shadows will <3