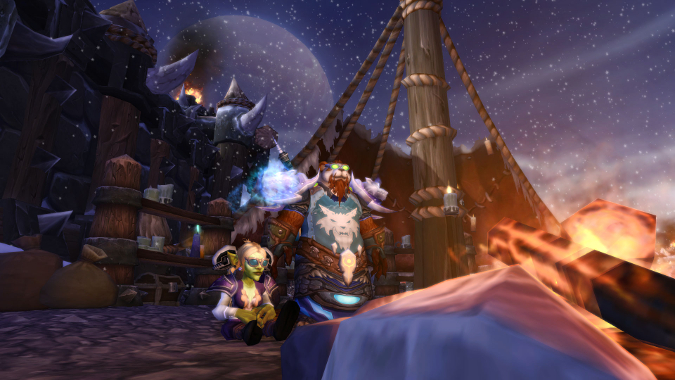 Gear tends to be important for Restoration Shaman, especially after the removal of reforging as we no longer really have the ability to skew our stats into a more favorable setup. Tier gear, weapons, and off-hands are all important parts of the puzzle to help us in maximizing the effectiveness of our chosen role. Shaman’s trinkets have played a surprisingly important role in that in recent years and expansions.

Trinkets are one of those things that either occupies a place of supreme importance or tends to fall to the wayside as a stat stick with some negligible proc or something otherwise sub-optimal. Not everything can be an Everburning Candle  after all. Even rarer are trinkets with such a synergy with the tier gear at the same level that the set bonuses are, in essence, improved dramatically simply by having the trinket equipped. That’s a situation we find ourselves in right now. Remember the last discussion we had about when to break the set bonuses from the previous tier? We’re about to revisit that a bit.

Trinkets have been game changers for healers in Warlord of Draenor, starting with the Winged Hourglass as an easily obtainable crafted trinket that could be upgraded. The trinket offered healers an additional out for mana consumption problems beyond just popping a mana pot by having a proc that upped spirit 1396. That’s a considerable amount when you consider stat squish and the relatively low amount of spirit on gear at the time. Next we have the Everburning Candle which shook the market and actually required a nerf to attempt to curb the power it held. Even post-nerf, 10,458 mana every 2 minutes over the course of a 6 minute fight counted for quite a lot and when you were scraping the bottom of the barrel having the candle on use available could be the difference between a wipe or success.

In Hellfire Citadel, we are spoiled for choice. With so many trinkets available it can be hard to choose what your loadout will be, and in truth it may cycle a bit depending on your raid group and your role. That said, there are a few standouts that are demanding all sorts of attention and for good reason. Unstable Felshadow Emulson from Xhul’horac is a trinket that I wasn’t quite sure of at the beginning. Leech is one of those tertiary stats that that I think most players have written off, and to be honest I was in that camp until I really sat down and started thinking about it. When it procs it converts effective healing into a leech value on the target allowing them to heal themselves by doing damage. Now, this doesn’t count over-healing, just anything that actually makes it through as real healing, but there’s potential here. In particular I started thinking about the Tier 18 4-piece Restoration bonus, where we have a 65% chance to drop a free Riptide on our primary Chain Heal target, and that has an increase crit chance from the Tier 18 2-piece bonus. Effects like this tend to fare better with HoTs than straight healing, so if we can blanket the group in free Riptides and this procs? That can account to a lot of free healing. 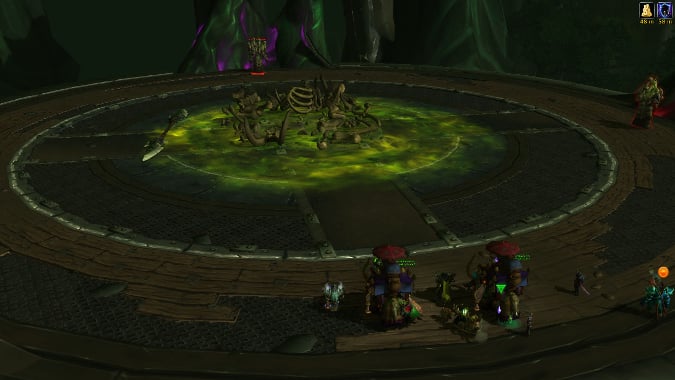 Beyond that, we have to factor in just the sheer number of targets you can hit to activate the proc effect just by using Chain Heal in conjunction with High Tide and you just have the potential to get into this weird positive feedback loop of healing goodness. Tons of direct heal targets and having the potential for free HoTs, I can see this being just that good. Something we noticed in my raid group is that on some fights, leech was accounting for enough healing that it was basically like having another 1/3rd of a healer in the group, accounting for several million healing done. That is pretty crazy, and that was in the hands of a Paladin. Equip that on a Shaman, and factor in Deep Healing, and all of a sudden those 2-piece and 4-piece set bonuses are all the more enticing and makes me think they might actually be worth investing in if you have this trinket.

So if that wasn’t good enough for you, combine that trinket with the Core of the Primal Elements from Archimonde. Every time you cast Healing Surge, Chain Heal, or Healing Wave on a target that already has Riptide on it, you have a 55% chance to spread Riptide to someone nearby. Then consider the 4 piece tier 18 set, where casting Chain Heal has a chance to put Riptide on the primary target. With the core you have the opportunity to just blanket the raid with Riptides. All combined, Tier 18’s set bonuses plus both trinkets is just the potential for so much healing that I’m honestly at a loss of what to comment on it further than just the synergistic combination is surprisingly good. 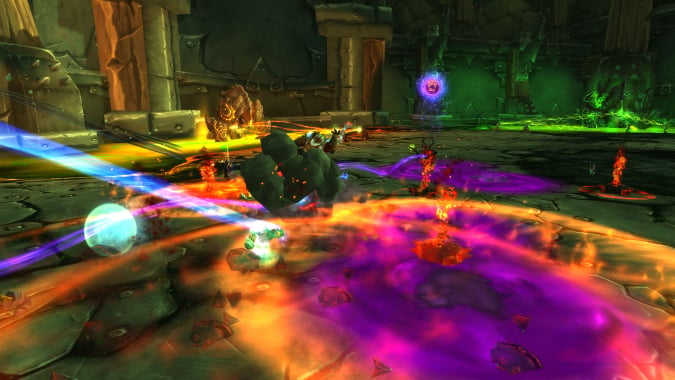 It is a ton of pieces to get and one of them does require to clear the entire raid zone to get it, but if you are fully clearing normal mode Hellfire Citadel and you can walk away with all of these pieces, you’re in a great position to do a ton of healing and help transition your team into Heroics. This also applies for moving in to Mythic level raid content, as the potential healing output is just that good.

I’m a bit surprised at how synergistic the setup is. The trinkets on their own are good, each strong enough to be fantastic pickups for you without anything else, but they feed into the set bonuses and make what would otherwise be lackluster far more attractive. Together they add even more value, and while I love the idea of having so many pieces working in concert together, I’m wondering if it’s a bit too much. That said, I’ll just enjoy feeling like a Druid as I watch a sea of Riptides ticking in raid and turning my raid team into a set of self healing vampires.