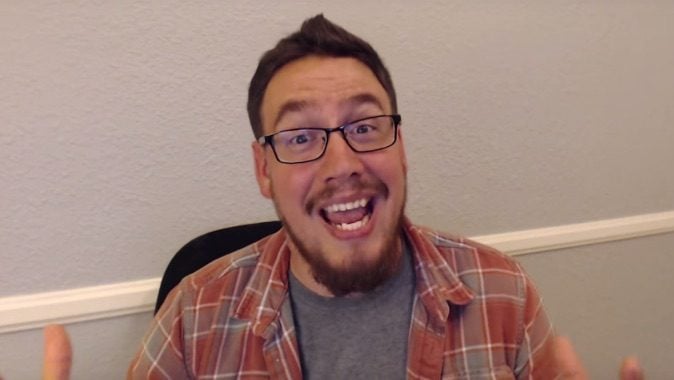 Hearthstone‘s Senior Game Designer Ben Brode took to the Hearthstone YouTube channel yesterday to get his thoughts out on the state of the game and directly address player concerns.

One of the issues Brode jumped on is the seeming barrier of entry for new players to the game. Hearthstone has now released two adventures and two expansions. There are many more cards in the game now than there were when the game first released — which can be both overwhelming and daunting because of all the cards that players now need to collect.

The second point he addresses is about power creep. In the video below, power creep is defined one way as making a new card that’s a better copy of an old card (such as Magma Rager vs Ice Rager). The example Brode used is at the 5-mana slot, Azure Drake was one of the best drops in the game during the classic set. Now the game has additions like Loatheb and Sludge Belcher that help fill out that 5-mana slot rendering Azure Drake a slightly less attractive card to use. Another way is that new cards are added in later sets which turn existing cards into powerhouses. Frothing Berserker used to be a fringe card for Warrior decks but the release of Grim Patron and the adjustment to Warsong Commander turned it into a massive powerhouse.

The Hearthstone developers acknowledge they need to find ways to keep the game fresh and interesting for existing players, because without exciting and new cards, the game gets stale. The end result is that the cards in the game gets gradually more powerful. “The game inflates crazily out of control if you don’t keep power creep in check. But you have to make powerful cards or the meta doesn’t change which leads to a catch 22,” explains Brode.

In my opinion, some potential solutions can be found with some other of the other card games in existence. Yu-Gi-Oh uses a rotating and updated list of cards that are restricted or banned whenever a new set is released. Magic: the Gathering splits the game up into different categories. One format uses cards printed in the last two years (called Standard), where another format uses any card printed after mid-2003 (called Modern).

If Hearthstone were to follow a similar format, perhaps any card from classic and the most recent expansion and adventure mode (such as the Grand Tournament and Blackrock Mountain) could be used, with older Naxxramas and Goblins vs Gnomes cards being banned. Multiple formats would work well with Hearthstone because the ladder could be split into multiple fields: One for the restricted set with TGT, BRM, and Classic cards and another ladder for any set with no restrictions. But maybe there aren’t enough cards out there yet for that level of diversity that Magic commands.

While there are no definitive solutions yet, it’s refreshing to at least hear from a designer acknowledging that this is a problem.