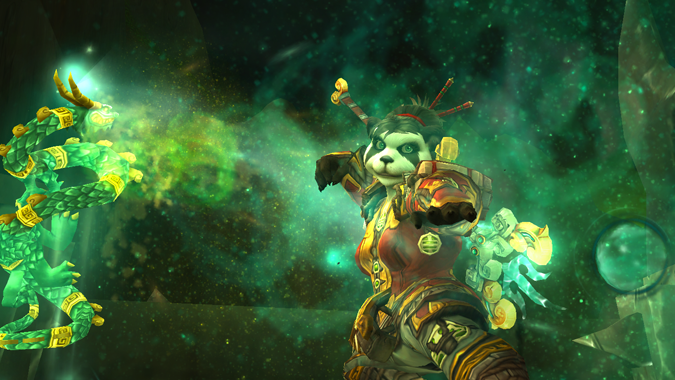 Not terribly long ago, I wrote a post discussing how Crane Stance healing — fistweaving — makes Mistweaver Monks who they really are and differentiates them from other healers. With pure Serpent Stance, the Mistweaver healing could easily be covered by a Restoration Druid — the heal-over-time type with a few casted (well, channeled) heals and a bit of raid-wide healing. However, Crane Stance pulls Mistweavers away from that and offers a completely dynamic healing style: that is, they get to act like a melee DPS while still healing their team. In fact, Mistweavers healing in Crane Stance can actually do a fair amount of damage.

However, there’s a problem with this. Crane Stance simply doesn’t have the throughput of Serpent Stance — which is the general idea differentiating the two stances. Yet, it’s difficult to roster a role that’s half damage, half healing; instead, one would roster that player for simply healing or go with an actual DPS. Further, talents push Mistweavers to playing one stance or another in a fight, rather than giving the flexibility for both.

In a sense, this stance has created a paradox for Mistweavers. While in theory Crane Stance could be considered a utility, it conflicts with their set bonuses and the raiding paradigm as a whole — it’s just not viable. 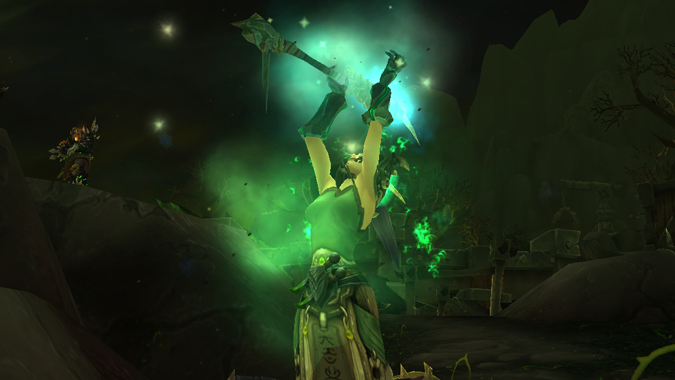 A melee healer in a throughput world

In the previously referenced post, the Gruul encounter serves an example of the Mistweaver’s flexibility. During progression, this encounter had an extremely tight DPS check, but had periods that also required tighter healing. Mistweavers excelled here because they could sit in Crane Stance for most of the encounter and then flip to Serpent Stance to do burst healing.

While there are still encounters in which fistweaving can occur, too many factors push Mistweavers further away from Crane Stance. Encounter design is certainly one, but also the Mistweaver set bonuses and trinket choices all encourage them to simply heal as much as they can rather than the typical kicking and punching I (and many others) have encouraged in the past. With tighter healing checks and DPS checks in progression situations (ignoring later progression, in which groups will typically outgear content), Crane Stance becomes impractical.

Still, on fights such as mythic Mannoroth, the Mistweaver for my own team certainly did some fantastic damage. Especially when first pulling a boss, Mistweavers can absolutely run in and deal a bit of damage. Early into the fight, most healers ought to be encouraged to do this, as there is usually very little healing in those first few seconds of an encounter. The real complaint here lies in the fact that other areas of the fight are not so forgiving. 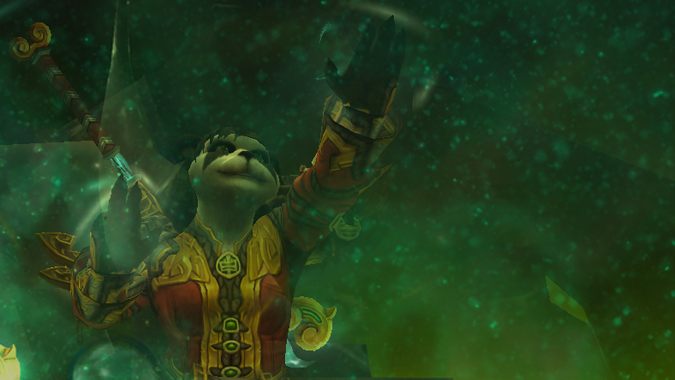 While I would love to simply blame the tier bonuses and the Sacred Draenic Incense trinket for pushing Mistweavers toward Serpent Stance, there’s another piece to the puzzle: level 100 talents.

As a disclaimer, no real changes have been made to the 100 talents since we originally discussed them. A talent’s effect will differ based upon which stance the Mistweaver is in (other than Breath of the Serpent), but the ultimate side effect is that one talent may be great for Crane Stance but completely awful for Serpent Stance. Thus the talent a Mistweaver selects per encounter will likely depend on which stance they intend to be in the most. Given that they’re a healing role, it’d be perfectly logical to assume that they’ll mostly end up in Serpent Stance rather than Crane Stance.

While I can’t really suggest a change for this outside of balancing for both (which the developers have certainly done), the set bonuses can also be blamed. While the set bonuses also change by stance, the Extend Life effect from the Crane Stance 4-set can make quite a few green numbers appear on your screen. In fact, many Mistweavers have expressed in a few channels how they would love to have Extend Life become an integral part of their specialization’s toolkit. (Also, this post will give you a good overview of how the Mistweaver set bonuses work, including Extend Life.)

This results in bonuses making one stance more powerful than the other. While it might be ideal to have both stances perfectly viable in a raid environment, even when ignoring mechanics that simply isn’t logical. 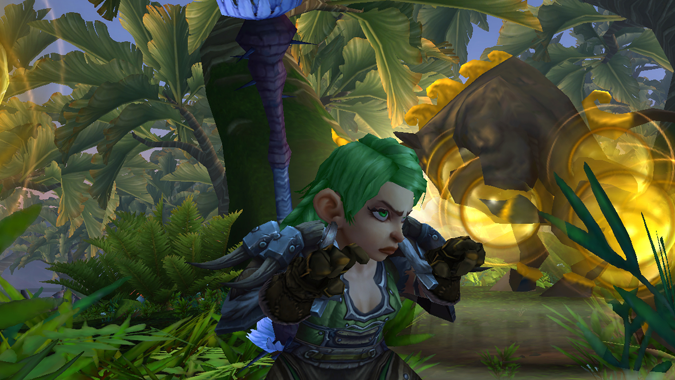 I’ll first admit that I do have my own personal biases in regards to this question. With nearly a decade spent maining a Restoration Shaman prior to changing to my Monk for Mists of Pandaria, I certainly have experience with how healing roles are perceived in the raiding environment.

Crane Stance healing is incredibly fun and very different from what most healers are used to playing. While Mistweaver could still be considered a support class, Crane Stance is what makes them feel… different from other healing classes. Rather than sitting in the back playing whack-a-mole, it puts the player into a more active role.

By which I mean it needs to be completely reworked.  It would be absolutely wonderful if rather than changing the available Mistweaver’s toolkit that changing stances (preferably not on the global cooldown) would allow the Mistweaver to still feel like a very active healer who — with the flip of a button — do either a bit of DPS with some healing or a whole lot of healing, on par with any other pure healing class. In a word, this would make Mistweavers an actual hybrid class. History has shown hybridization to be a very dangerous design for sure, but surely there could be a balancing act to take this unique toolkit and make it competitive with any other healer’s throughput without completely removing the model.