Nightcap: I fought the fans and the fans won 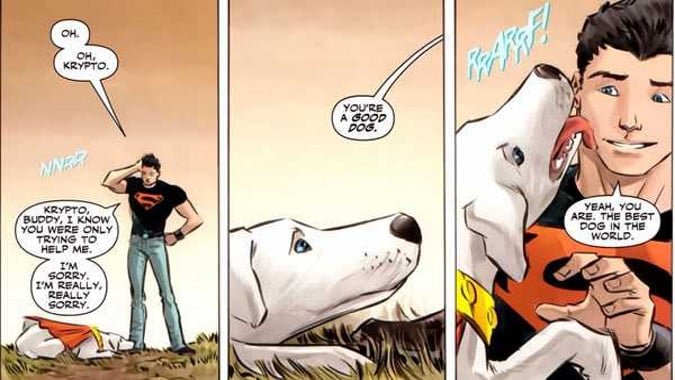 Can one be a fan without being in the fandom?

I’ve always had an uneasy relationship with the concept of ‘fandom’. I don’t go to conventions, partially because the idea of that many people assembled in one place freaks me out. I actually was a guest and panelist at Norwescon back in 2004 and everyone was pleasant but the panic persists. But more than that, I have a real problem with the way fandom tends to conflate interest in a thing — be it a television show, a movie series, a set of books, a game series, something that encompasses all these things and more, or even hobbies like comic books, role playing games, or what have you – with deriving identity from those things.

I like video games, for example. I’ve been playing them for decades, ever since my dad picked up an Atari 2600 and a copy of Combat. I spend a lot of time writing about specific games right now. And yet, I don’t call myself a gamer. My identity doesn’t come from that, any more than I consider myself a Star Wars fan (even though I could bore you to tears talking about the Extended Universe Jedi Order) or a ‘nerd’ of any kind.

People use fandom and the sense of identity it brings to help them build and embrace a community of like minded people. I find that worthwhile, but I’ve never really been able to make myself do it — I look at the community and instead of saying ‘Hey, I also like these things’ I’m turned off by the sense of ownership that I see in fan communities. Whether it’s Star Trek or Harry Potter or Doctor Who I could never get into that level of identification with a fictional universe. I can enjoy stories, I can be engaged by them, transported by them, I can be inspired to think about all their layers of meaning, but unless I wrote them I can’t ever feel like I own them. I certainly don’t feel that need to directly identify myself as someone who likes them, to the point of gatekeeping. When I see ‘gamers’ telling other people they’re not real gamers because they haven’t played X, or done Y, or just aren’t something then I lose any interest to be seen as one myself, and I’ve seen that gatekeeping so many times.

There’s an old saying about not joining a group that would have me as a member. For me, it’s more that I can’t be part of an identity that would exclude others for arbitrary reasons, and usually they seem pretty arbitrary to me. But I can’t pretend I’m above this behavior. There are things I genuinely, even a little obsessively, love and when they’re criticized it’s as if I’m being criticized. So how can I justify acting like I’m above doing it? I can’t, really. In a way I’m as much a fan as anyone.

This means I do end up watching and envying others who are part of such a community. I mean, take World of Warcraft — am I part of the WoW community? Sometimes I don’t even know what it is, but I’ve written about the game since 2007, I have a piece of armor named after me, I’ve done podcasts specifically to talk about it. Am I in the game’s fandom by default? That’s not a question I can answer, but it’s one I think about.

Blizzard Watch is made possible by people like you.
Please consider supporting our Patreon!
Filed Under: Fandom, Nightcap
Advertisement