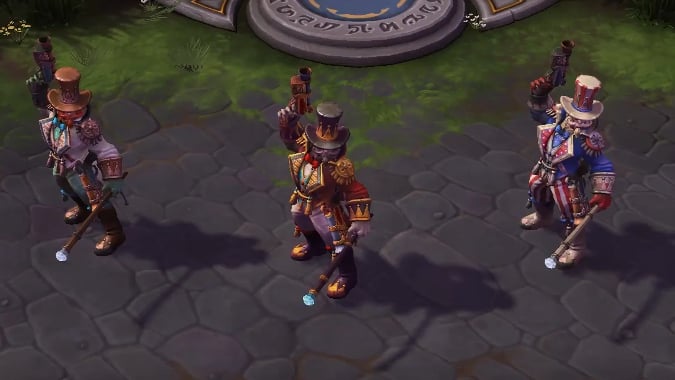 Today’s Heroes of the Storm patch introduced the new ranged assassin Lunara, but datamining has revealed a number of other goodies. Genn Greymane’s full suite of talents and abilities are in the patch as well as new skins and hints of new bundles.

Upon seeing the name Space Lord Leoric, I admit my mind went first to Guardians of the Galaxy, but Peter Quill won’t be making his way to the Nexus anytime soon. Instead, the Space Lord skin is simply a scifi take on the Skeleton King. Space Lord Leoric ties in well to the datamined bundles, however. Heroes of the Storm appears to be gearing up for a StarCraft-themed push with the Koprulu Sector bundle, which is currently available. Space Lord Leoric (and the swanky new Starbreaker mount, seen in the video below) are not actually in that bundle, however — he has his own upcoming bundle including those two items. Head over to Heroes Nexus to check out the upcoming contents of those bundles, as well as a new Healer Bundle.

In addition to all of the above, and as mentioned in the patch notes, BlizzCon champions Cloud9 have been honored with a mount bearing their team name — available to all for 5,000 gold.