The Queue: Carpenter for a day 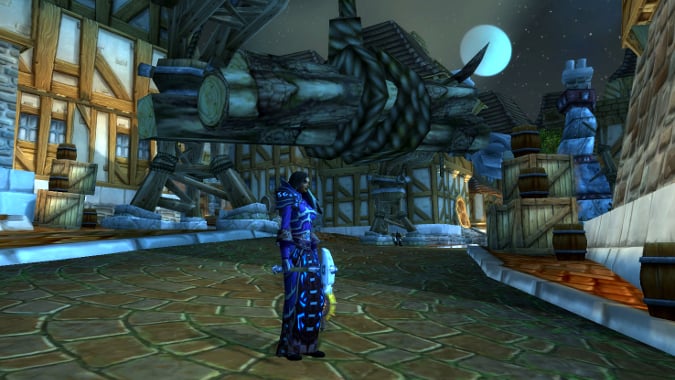 Why do Diablo’s classes’ abilities get nerfed/buffed still?

I just read D3’s patch 2.4 notes and wow-jeez there are a lot of class ability changes. Why?

In WoW I understand constant (constant!) tuning so as to balance so many specs for PVP, especially for competitive Arenas where big rewards happened to the best players at the end of a season, and I understand trying and normalize DPS for the latest raid encounters to keep from benching a player just due to a poor spec/class.

Diablo 3 doesn’t have anything hugely competitive where abilities need to be nerfed/buffed every major patch, right?  Am I missing something? Has the gameplay changed?

Or are the D3 devs trying to justify their jobs by making changes they claim to their boss are necessary?

There are two halves to this, I think. First, Diablo 3 isn’t as stagnant as you think. With every new season, they add an entire suite of new legendary items and set items. Sets and legendaries have a much larger impact on character power in Diablo 3 than in WoW, for example. It’s not unusual for a legendary to increase an ability’s damage by anywhere from 300% to 3000%. That’s huge. A single item can enable you to play the game on a higher difficulty. One single item isn’t going to be the difference between you clearing a Normal or a Mythic raid in WoW, but that definitely is the case in Diablo 3. Sometimes, these new items have a larger or smaller impact on the game than intended — especially when players discover combinations between new and old items to make the impact even greater.

Piecing together a set of gear focused on the Monk’s Exploding Palm suddenly shot the Monk to the top of the ladders in season 4 — Monks could complete rifts significantly faster than almost anybody else in the game and had completely unrivaled damage output. Many of the balance changes we saw in patch 2.4 were aimed at bringing the monk down a little, while bringing certain playstyles from other classes up a little.

The developers also have a keen interest in keeping gameplay fresh. If one spec is the undisputed champion of each class, seasons are going to be dull and same-y. Sometimes they’ll bring a dominant spec down to bring it in line with others — or they’ll buff everything else to bring it in line with the dominant one. Or they’ll introduce items which encourage a totally new playstyle. Demon Hunters, for example, can equip melee weapons. Nobody actually did, though. Demon Hunters were a ranged class! They were all about the bows and crossbows! Except the new Demon Hunter set in season 5 encourages a melee playstyle. In addition to all of the melee perks introduced through that particular armor set, certain Demon Hunter abilities were buffed/altered to work both at a distance and in melee range.

I’d say balance in Diablo 3 isn’t as big a deal as it would be in a truly competitive multiplayer game, but one specific class or playstyle being the run away top dog isn’t good no matter the game. Maybe I enjoy a certain playstyle, but if the one that doesn’t jive with me is 2-3x more effective for no good reason, well…

TL;DR: What is the happy medium of spell related emotes?

Backstory: I use the addon Speaknspell. With my mage and Blink I have two entries:

Thus, when I hit blink I have a 50/50 chance of saying one of those two things. Likewise, with Meteor I have another emote that goes along the lines of:

Cheesy? Sure. Lame? Possibly. My humor is coated in #dadjokes at this point. I believe right now I have that set to a 50% chance of happening.

While timewalking the tank started swearing about it: “take your crap to Goldshire you blankety blank” to make it G rated. The addon is easy to turn off so I did just to keep the run going smoothly. So why the violent disgust with a spellcasting emote addon? It wasn’t spamming or yelling them. What would be a good threshold to change it to or am I doomed to find super anti-RPers occasionally?

Gonna be honest with you: I absolutely hate those emotes. My ideal frequency for using them is never. I hate when people create them manually, I hate when people use addons to randomize them. They are the absolute worst. That said, I’m not going to cuss somebody out in a dungeon for doing it. If they aren’t someone I need to communicate with, I’ll put them on ignore — I don’t need that spamming my chat box in a dungeon or raid. The only spells which need emotes are ones your raid needs to know about such as Heroism/Bloodlust. Those should be informative, not roleplay.

I don’t roleplay in WoW anymore, but I used to. I used to love it. There’s no particular reason I don’t do it anymore. I just lost interest. However, given that I am/was a roleplay and am accommodating to the decisions people make for roleplay, I still hate these emotes. Why? Well, let’s explore that through roleplaying.

I’m a carpenter. Me and my 24 friends are building a house. Every time I swing my hammer, I scream Nailed it! at the top of my lungs. It’s funny for about 5 minutes. After 10 minutes, it’s only funny to me. After 30 minutes, my friends aren’t my friends anymore. After an hour, they wish I were dead — they can’t talk to each other without me interrupting. Nailed it! They can’t hear the foreman’s directions. They aren’t sure what they should be doing — or what anybody else is doing — because I am unceasingly reminding them I am hammering nails. My friends consider stuffing a gag in my mouth. The foreman is tired of my crap. He’s furious. I lose my job. I lose my home. My wife leaves me. My kids hate me. I want to say I’m sorry, but it’s too late. I will never see them again.

Why do bloggers and theorycrafters even attempt to tell us”how to play” and correct rotations at this point in time for Legion?

Diablo patch question: when they update set bonuses and legendary abilities in patches, do those updates apply retroactively to items in your inventory?  Or does that only apply to the items dropped while the new patch is active?

Was Karazahn the closest thing to the pinnacle of WoW raiding? Maybe it’s nostalgia googles, but I’ve begun to think it was.

That’s totally subjective. What was your favorite raid? That’ll be your answer. I thought Karazhan was alright. About half of the fights were super fun and the other half was filler. The zone had more trash than a landfill. Personally, I don’t think anything has yet to surpass the combo of Tempest Keep and Serpentshrine Cavern — because those two were my favorites. Were they the best? Were they the pinnacle? Objectively, probably not. You can’t be objective about this.