The Queue: The Sudden Surprise Twist 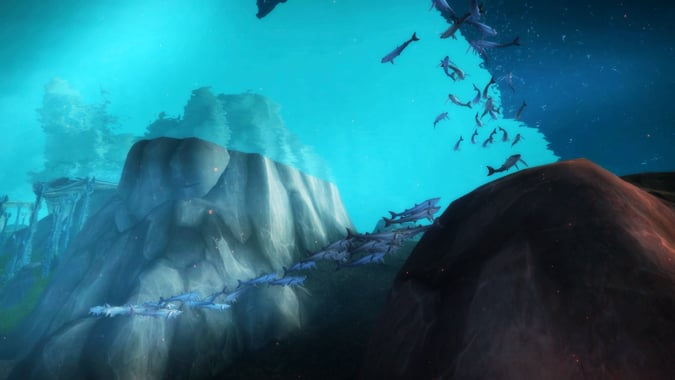 Is there a video of Alex and Matt doing this week’s tavern brawl? I always fingers those really fun to watch, and I liked this weeks brawl, at least until everybody just started burning me out on turn 4 with Alextraza and Malygos.

While I really wanted to do this week’s Brawl since it was a new one, we weren’t able to record one. Matticus is out of town and we don’t have many other Hearthstoners around right now! Hopefully this Brawl will come around again.

If blizzard ever did set it up for dynamic leveling everywhere, what path would you take? Part of me says I would do the most obvious starting zone for my race followed by outland to northrend back to vanilla and cataclysm zones then pandaria Draenor and finaly the Broken Isles. Why? Just to make the time lines make some kind of sense

I’ve been playing WoW long enough that the timeline woes don’t bother me — I played all of that content when it was new, and the timeline sets itself in order in my head. What would be nice is being able to complete a full zone without completely outleveling it. I could stay and finish this zone that’s now full of green and grey mobs, but if I’m not even getting decent XP for the time invested anymore? I’m going to move on somewhere else. If the zone scales with me, I’ll hang around.

How important is fixing low level questing to you? Would you be in favor of skipping an expansion cycle if it ment a fluid world/leveling experience from 1 to 110? Would you be alright with three or so years of the same content if it ment another Cataclysm revamp, but on a much grander scale?

Honestly, I think trying to do it all in one go was their mistake to begin with. Asking them to do it again, but bigger? Not going to work. I have no particular insight into whether this is true or not, but I often suspect the devs just got tired of the Cataclysm project — or ran out of time, or both. Some zones are a hell of a lot of fun. Others seem slapped together. If they planned another revamp, I think they’d be better off doing only a few zones at a time and keeping their stories self-contained, rather than tethered to a specific expansion. Tying so many of those zones to the Cataclysm and Deathwing meant they were all rendered irrelevant within a single expansion. That’s no good.

The other day I found out about some of the voice emotes that I didn’t realize my female goblin would say.  My favorites lines (from multiples for each emote) are: (/flee)-“I’ve got a foolproof plan…RUN!” and (/charge)-“Explody time!”.
Q4tQ: What are some of your favorite voice emotes?  I ran through my gnome’s /flee and /charge and I love my gnome’s facial expressions but I thought her emotes were pretty boring.  Although, I did find out that Gnomeregan is pronounced “gnome-regan” instead of “gnome-eregan” like I always thought.  I felt kind of dumb about that one, especially since I’m sure I’ve probably heard it spoken in-game at some point before (like, the starting area?).

Pretty much anything Draenei. Their jokes, their attack noises, all of it. I’m also fond of Tauren lately — I’ve been playing a lot of Tauren on the Alpha.

Oh, and hey, this is Rossi taking over for Alex. It’s his birthday and he’s really tired, so I’m taking over the remainder of this Queue. Be sure to wish him a happy birthday both via the site and of course by buying his book Lady Superior on Amazon.

To prove it’s me:

Warriors are the only class worth playing in WoW.

I have a large beard and I live in Canada.

Anyway! One emote I’m really sick of from everyone is That Spell Is Not Ready Yet. Ugh. Even Needs More Rage gets old after a while. Could do without those.

Are any of you seriously planning to main a Demon Hunter come Legion? Anyone planning to raid on them? If so, which spec and which gender/race?

If they’d taken Titan’s Grip out, I was seriously considering it. Now that they haven’t, I likely won’t. My plan now is to level my Draenei, Worgen, and Tauren more or less simultaneously, going Fury on my Draenei, Arms on my Worgen for Strom’kar since Worgen are cursed humans so it’s all good lore for us too (Forsaken could make this argument as well) and Protection on my Tauren.

But I’m absolutely going to level and play a Demon Hunter and probably raid with my social buddies. Vengeance spec, Female Night Elf.

Q4tQ: I asked this over on Patreon, but on an Alex day, so was unsuccessful. Figured I’d try again on a Rossi day.

Listening to Lore Watch, you’ve talked about the native races of Azeroth, with one exception (as far as I know) – the goblins.

We know they’ve existed on Axeroth since the War of the Ancients, as Meklo was responsible for both helping Deathwing fashion the Demon Soul as well as affixing the plates to his body.

Are Meklo and his contemporaries native to Azeroth? If so, how close were they to the goblins we know? Did the other races know of them, or were they reclusive, hiding in the Undermines and used as tools by Deathwing after the Kajamite freed them from their troll masters?

Braellyn you are in luck, because I totally hijacked this Queue so Alex could go get some sleep.

Essentially, Goblins were historically reclusive. The ones that worked for Deathwing did it for the same reason Goblins do anything — there was money in it. But as a people, Goblins didn’t leave Kezan to settle other places for a long, long time. Part of it was the dependence on Kajamite for their boosted intelligence — before it ran out, anyway. But once they started losing the technological edge the Kajamite granted them, the very intelligence that allowed them to kick out the Trolls and liberate Kezan as a Goblin homeland, they both hungered for trade as a means to replace the income and feared too much contact with outsiders.

So, were Goblins native to Azeroth? As far as we know, they’re wholly native, residing in Kezan for centuries before the Trolls showed up. They just only left it to make money and went right back once they had, with a few brave exceptions, until Deathwing wrecked the place. We have no idea if there are any Goblins left on Kezan and if so what they’re doing, or what the ultimate fate of Undermine was. But Goblins are Azerothian natives altered by exposure to a mystery mineral, not from another world.

So that’s the Queue for today. I’m taking Tuesday, and Alex will be back Wednesday. And remember, it’s Blizzard Watch’s first birthday this month! Everyone party!

Blizzard Watch is made possible by people like you.
Please consider supporting our Patreon!
Filed Under: Goblins, Kajamite, Kezan, Sharks
Advertisement