Dehaka likely the next hero in Heroes of the Storm 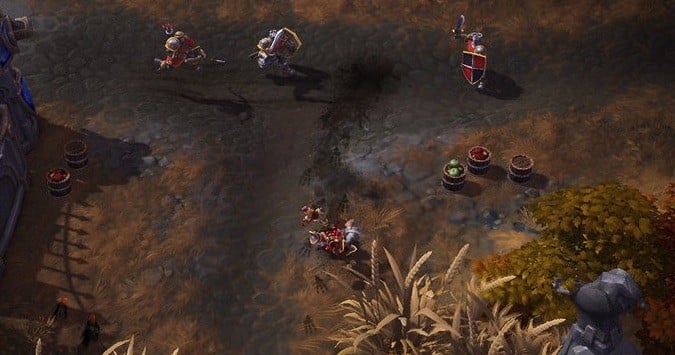 The Heroes team has been tweeting up a storm of teasers for upcoming content, including the image above. Internet sleuths have already been hard at work trying to determine what these clues mean and have reached conclusions ranging from a raptor mount with complementary Troll hero to a playable Arrakoa to the primal Aerg character Dehaka.

Our money is on Dehaka, and here’s why.

Something strange is afoot in the Nexus… pic.twitter.com/59h3cTD7mt

First, what’s happening in the picture: the footsteps shown match the shape of Dehaka’s feet in StarCraft 2, and the burrow hole lines up both with Dehaka’s StarCraft behavior as well as that of the zerg in general. The tweet which included this image specifically uses the word “strange” and, in Dehaka’s first in-game appearance, prior to his official introduction, he’s labeled simply as “Strange Creature.” 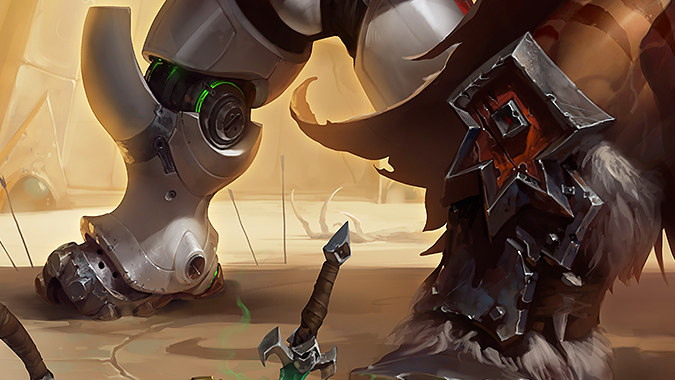 Further, in the image which first teased Xul and Li Ming, a monstrous arm laid in the dirt far in the background — an arm which matches the one Dehaka lost, but the player can find during the events of Heart of the Swarm.

The aesthetics, biology, and narrative clues all fit — and it’s been awhile since we’ve had a new StarCraft hero. The most recent was Artanis in October of last year. As an interesting note, at least one voice line referring to Dehaka already exists in Heroes of the Storm, currently unused. When Abathur kills Dehaka, he says “Primal zerg, unacceptable.” Of course, Dehaka doesn’t exist in Heroes — not yet. But it’s evidence the developers have been planning for his inclusion for awhile now.

This mystery just got a hole lot deeper! pic.twitter.com/dStLRahRmw

Update: And now we have a new clue from the Heroes team. If we were sure before, now we’re positive. The figure in the upper left is definitely Dehaka.

Nothing to see here. Move along. pic.twitter.com/MwvYgD2IxG

Update #2: The latest teaser, again, is pretty clearly Dehaka — not only in the image, but also in the reference to a “strange creature”

So who is Dehaka? Dehaka is a pack leader of the primal zerg — put simply, they’re zerg which survived more like wild animals than the psionically controlled zerg we knew from the original StarCraft. They were never assimilated into the Swarm and continued to exist as the zerg did in their most natural state. Unlike the other pack leaders of the primal zerg, Dehaka decided to ally himself with Kerrigan’s Swarm, viewing that as the best possible adaptation for him and his pack. Even the primal zerg, like the swarm, strive to evolve and adapt — and where Dehaka is concerned, he has a hunger for the essence of other creatures, the zerg’s definition of essence being genetic information. He’s more of a bruiser than the other zerg characters we know, assimilating the essence of other beings into himself to change, adapt, and survive. The primal zerg actively, and almost instantaneously, adopt characteristics from beings they’ve slain. Abathur, in Heart of the Swarm, famously lamented the primal zerg stole characteristics from Kerrigan’s Swarm within hours of first contact, despite the Swarm spending significantly more time developing those characteristics from scratch in the first place. 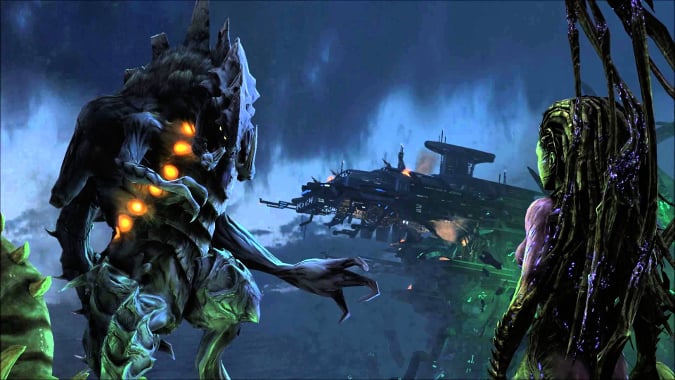 It’s possible Dehaka will fill the Warrior role in Heroes of the Storm, and if the primal zerg’s ability to steal traits from enemies (or allies) makes it to Heroes in some form, it could make for a cool character. Copying spells from your enemies, maybe? Ultimates? Or the ability to decide whether you want to play Dehaka as Warrior, Assassin, or Support from game to game? We just don’t know — it’s far too early to tell. For all we know, this speculation could all be for naught — this guess could turn out to be completely wrong.

In more expected news, the latest Heroes of the Storm balance changes have also been released. The balance changes hit two of the usual suspects, Nova and Rehgar, plus the newest addition to the roster, Xul. Nova receives another round of buffs in an attempt to make her competitive again, while Rehgar receives a brutal nerf to his survivability. When it comes to Xul, it’s nerfs all around. Since launch, Xul has excelled in nearly every aspect of play, quickly becoming the most dangerous character on the battlefield. After some severe nerfs, he may have been brought back in line, but time will tell.

Blizzard Watch is made possible by people like you.
Please consider supporting our Patreon!
Filed Under: Balance-Changes, Dehaka, New Hero
Advertisement