Role Play: Who is Mary Sue? 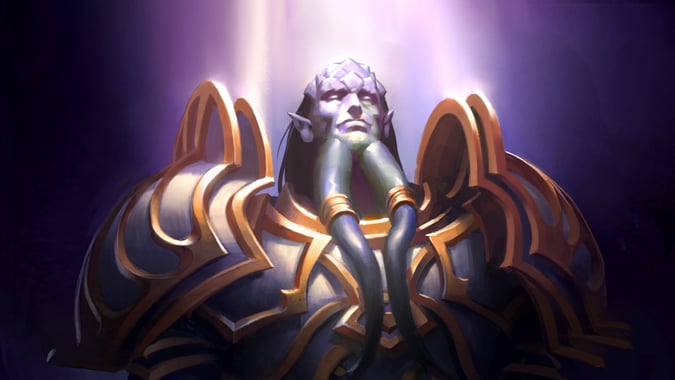 You may have heard of her, if you’re a roleplayer; her name is usually invoked when people are criticizing characters. But if you’re a new roleplayer, Mary Sue might not be someone — or more truthfully, something — you’re familiar with. A Mary Sue isn’t a person so much as a concept, a character who’s just too good to be plausible. No flaws, no imperfections, no weaknesses…and to some roleplayers, no interesting or redeeming qualities.

Although the term originated in fan fiction, it’s applicable to the roleplaying community as well — a nickname for characters that are viewed as a self-insertion of what the author wishes they could be. Mary Sues are more often than not viewed with disdain because they’re considered “too perfect” — they lack flaws, and therefore lack realism. But what makes a Mary Sue a Mary Sue? How do you know if you’ve created one? How can you avoid making one in the first place? And are they really all that bad?

Practically perfect in every way

There’s a few different ways people identify characters as Mary Sues, but the first and easiest snap judgement to make, is based purely off of a roleplayer’s character profile. Profiles that go into excruciating detail about the character’s numerous utterly gorgeous details are considered a dead giveaway on that front, especially if there’s no reason to be giving all that superfluous information. Making your character attractive is one thing — some people like to make pretty characters — but writing paragraph upon paragraph about how amazing they are makes it look like you’re wallowing in that perfection.

Oddly enough, the funny part about Mary Sue characters is that they’re supposedly designed so that everyone likes them by default. But it’s all these likeable qualities that invariably set people off. What makes a character likeable isn’t just about how they look, it’s about how relatable they are as well…and nobody is perfect. This doesn’t mean you need to make an ugly character to avoid being branded a Mary Sue, it just means you don’t need to focus so much on how they look.

When you’re writing your roleplaying profile, try to keep it concise and objective. People aren’t really going to focus too much on your character description while you’re roleplaying anyway, so keep it minimal. Remember, people are going to interact with you based on what you put forth with your character — if you’re being too forward with the physical details, you might want to ask yourself exactly what kind of response you’re going to get out of people by revealing that information.

One of those other dead giveaways is creating a character that is somehow related to or associated with major lore figures. Some people argue that those major lore figures are Mary Sues in and of themselves, but there’s a key difference, here. The author (or lore team) behind those characters may be making a self-insert, sure. But they’re doing so within the context of the world that they created. You, on the other hand, are merely visiting a world that they designed.

That’s the key difference that rubs roleplayers the wrong way — while not every roleplayer out there is obsessed with lore, plenty have more than a passing familiarity with it. And if you’re suddenly proclaiming you’re the lost son of Arthas, or the younger sister of the Stormrage brothers, you’re going to run into issues. Can you create these characters? Sure, you can create anything you want to create — but you might be cutting yourself off from roleplaying with other people in the process.

If you’re dying to couch your character within the context of the game, try making them a distant relative of a minor NPC. That’s entirely possible within the scope of the game, because we don’t really have any major lore establishing just who these characters are — so you’re less likely to run into objections. But before you do that, think about whether or not creating that relation is really doing anything for your character in the long run. Is it furthering your story? Is it a detail that absolutely needs to be there? Why?

The third quality of a Mary Sue is kind of nebulous at best, because it all depends on the perception of the roleplayers around you. If your character is viewed as being “too” something — too smart, too strong, too well known — that can set off the Mary Sue radar in other roleplayers. It’s tempting to make a character that can do no wrong, one that knows every last detail about every last thing in the universe. A prophet, a seer, an immortal demigod.

The problem with creating that kind of character is that it gives other roleplayers very little to relate to in the long run. Roleplaying isn’t just about pretending you’re someone else, it’s also about the interactions with the people around you. Those interactions are often filled with conflict — and it’s that conflict that makes a character “real.”

In the context of World of Warcraft, heroes aren’t really “born” so much as they’re “made” — the situations they get into, and the way they handle those situations, tell the story of the hero being created. Can you make a smart character? Yes, but give them limits to their scope of expertise. Nobody knows everything. Can you make an immortal character? Absolutely, they already exist in game — but you might want to think about whether or not other roleplayers can really relate to someone who’s immortal, or how they’d interact with you. 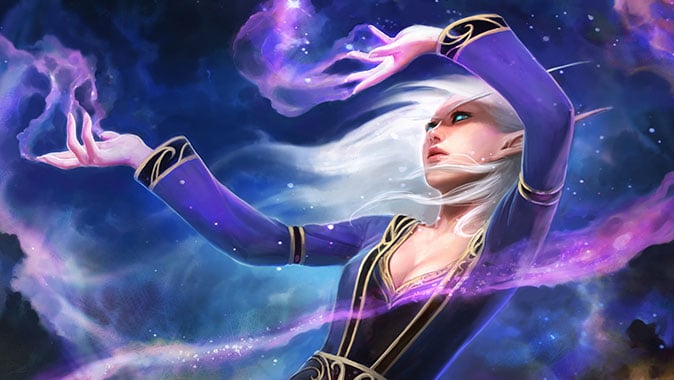 The biggest thing to takeaway from this isn’t that Mary Sues are bad, because they’re not. Fledgling writers and roleplayers often accidentally make a Mary Sue over the course of their writing or roleplaying career — I’m guilty just as much as the next person. Nobody creates a perfectly written character right off the bat, and it’s easy to fall into these tropes of perfection.

And if you’ve come to the conclusion that maybe you have made a Mary Sue without realizing, there’s nothing saying you have to scratch that character and start over, either. You can roleplay whatever you want — but be aware that what you roleplay tends to dictate what kind of people choose to roleplay with you. A surly character might not get a lot of friendly interaction from other roleplayers. A perfect character might not get a lot of interaction from roleplayers that are looking for a little more realism.

Picking how you roleplay is a conscious decision you have to make for yourself, and that decision influences who you’ll roleplay with as well. You can choose to roleplay with whoever you want — but they can also make the decision of whether or not they’d like to roleplay with you. So by all means, create whatever character you’d like to create — but remember, the choices you make when you create that character set the stage for every bit of interaction you’ll get in the future.