Full Heroes of the Storm roster free-to-play this weekend 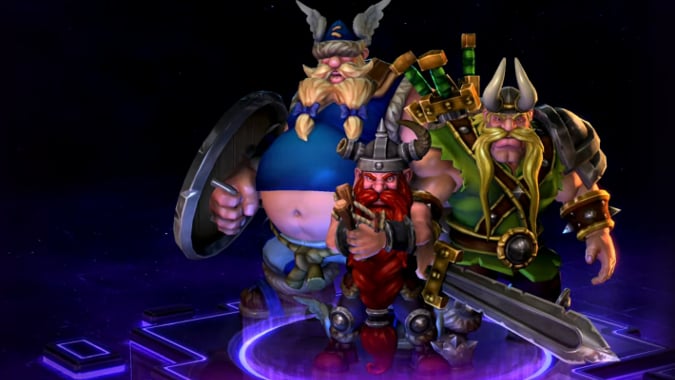 It’s all come down to the final four teams, who are right now hard at work preparing for this weekend’s grand finale of Heroes of the Dorm 2016 in Seattle. To help celebrate their victories, and the incredible efforts of every team competing in this tournament, we are making every Hero available to play completely free and granting everyone 50% bonus XP!

Log into Heroes during the following time frames to take part in these events:

Don’t forget to make the most of the event by inviting a friend and you’ll both gain a 50% friend bonus on top of the event XP for every game played in a party together!

Now is the time to hop in and find a new favorite Hero, check out some new team compositions with some friends, and celebrate Heroes of the Dorm by enjoying bonus XP!

This event is a great opportunity to check out heroes you haven’t played before or haven’t been on the free rotation in awhile. The brand new addition Dehaka will, of course, be among the free heroes, as well as heroes such as The Lost Vikings who rarely make the rotation.

Blizzard Watch is made possible by people like you.
Please consider supporting our Patreon!
Filed Under: Esports, Hero Rotation, Heroes Of The Dorm, Xp Bonus Event
Advertisement