The Queue: Arriving precisely when we mean to 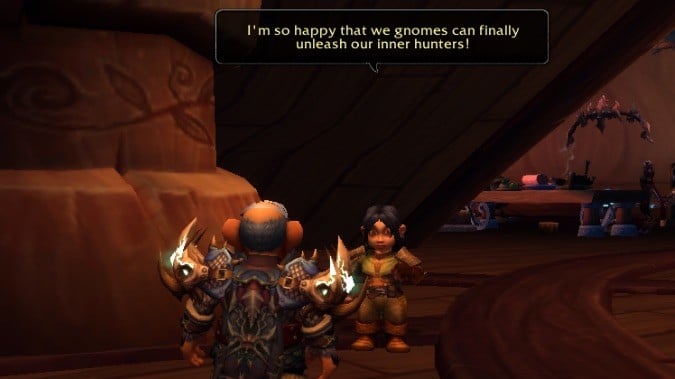 Welcome, all, to another edition of the Queue! Today we’re mixing things up with Alex and I answering your questions. So what are you waiting around in the intro for? The usual Q&A is below.

Q4tQ:  are gnome hunters coming out with the pre-patch or do we have to wait for the expansion itself?  Along the same lines, does anyone know if there are going to be race change limitations on current hunters becoming gnomes once they are available?

The idea here is to level a hunter now and race change when I can.

Liz: If Blizzard follows previous expansions’ model, I’d definitely expect Gnome Hunters to show up in the Legion pre-patch. Though it’s still up in the air as to when that will be, if you’re willing to level now and race change later, you should have plenty of time — and I don’t see why it wouldn’t work.

There have now been several references (on this site) to the idea that the Legion has very little footprint/impact on the leveling experience in the next expansion.  Is it just me, or does that seem a little off?  Full disclosure, I’m not a fan of the Vrykul, so I don’t see why we’re wasting a whole zone on them, for instance.  The stories of various zones may be cool in and of themselves as a stand alone story, but if the expansion is supposed to be focused on the Legion, should we not see more of them?

Alex: Part of this is a result of what content was actually available to play until recently. Azsuna only opened last week with the latest alpha build. Prior to that, the zones which were available were Highmountain, Stormheim, and Val’Sharah. All of those zones had a bit o’ demon in them, but the demons almost seemed secondary — except in the case of Val’Sharah, where one of the central antagonists of the zone is Xavius. Xavius, being a satyr, is technically a demon, but his aesthetic seems more Old God than Burning Legion. It’s a feeling thing.

This may or may not be a problem. The Burning Crusade was our previous big Burning Legion expansion, and while there were a lot of demons, not every zone was focused completely on them. Terokkar Forest, for example, had demons in it — but mostly you fought arakkoa.

Do u think Blizz is throwing evrything we have @ the Legion and leaving little 4 next expac? Seems like a lot being tied up.

Liz: First, I want to applaud Cloud for fitting a lot of question into a 140 character tweet.

Second, I was actually just chatting about this with a friend yesterday because Blizzard does seem to be tying up so many story threads. With Legion giving us the worst thing to happen to Azeroth ever and we mean ever, it kind of feels final. Just where does the game go from here?

But Azeroth’s a huge place. Even though Legion appears to be pulling together a lot of story, there are so many places we haven’t gone, characters we haven’t seen, and perhaps even entire continents that we don’t know exist. While I haven’t been a fan of how Warlords of Draenor pulled us out of Azeroth and divorced us from what felt like the game’s main storyline, the expansion is also an example of how Blizzard can take us to all new places (or all new old places) and bring us new interesting stories there.

However, there’s definitely concern with the way expansions constantly seem to keep raising the stakes. Now the Burning Legion is coming and it’s the biggest threat ever. So what’s the next biggest threat ever? How do they keep amping up the stakes without making things feel increasingly contrived? That’s a question that every TV series, comic series, or book series struggles with — how do you keep presenting your heroes, who constantly grow stronger, with challenges that don’t seem trite? I’m definitely curious to see how Blizzard manages… or if next expansion will just be bringing back Deathwing who is now the biggest threat ever. Again.

QftQ:  On Alpha when you get the quest for your second/third artifact weapon.  Do you still do that spec’s unique (mostly) quest?  One of the articles yesterday sounded like she did the same quest for her Demonology artifact as she had done for the Affliction artifact… or are the warlock quests just really similar?

Liz: The post may have been a bit confusingly phrased, but no matter what your primary spec is, to get a secondary spec artifact you’ll do (nearly) the same quest as you would do if it was your primary spec. The only big difference is that when you do your primary artifact quest, it’s tied into unlocking your class hall. For additional artifacts, you’ll just do the artifact parts, since you’ve already unlocked your class hall.

So, yes, you’ll be able to enjoy all the artifact quests without having to roll three (or four) characters per class!

with HotS having all heroes accessible next week, which hero is easiest to pick up as a newbie (asking for a friend)

Alex: With the exceptions of Abathur and The Lost Vikings (who are both quite complex), I find looking at the order of release for heroes is a decent way to judge ease of play. Generally speaking, the heroes released earliest have the lowest complexity. They have simpler designs. They’re easy to understand. That isn’t to say you’ll immediately be a rockstar at playing them, but you can figure out what their abilities do without much effort. Falstad, for example. The biggest challenge with playing Falstad is keeping yourself alive, but you can look at the tooltips on his abilities and immediately have a general idea of what you’re supposed to do. Attack people, throw a hammer, barrel roll out of danger. Greymane, a more recent addition to the roster, has additional complexity to think about.

If you want specific heroes to try first, Li Li is probably the best introductory Support. As long as you’re pushing buttons, it’s hard to be a bad Li Li. Her heals will automatically heal the lowest health person in range. Her damaging ability (which automatically applies a blind) will prioritize nearby enemy heroes. Easy peasy. Raynor and Valla are easy ranged assassins because, again, if you stand in the back and you’re attacking the right things, you’re usually helping. For Warriors, Muradin is the easiest to learn by far — and he’s the most contested hero pick in competitive play, too. Muradin never goes stale.

Thanks for reading, Queuvians! As ever, leave your questions in the comments and we’ll meet you back here tomorrow with answers.