This week Monks received the idea of a new iteration of Storm, Earth, and Fire, and the general area-of-effect (AoE) abilities for Windwalker. The reactions in the feedback thread were pretty wild, but let’s take a breath. Breathe. Meditate.

Now let’s discuss the iterations of the Windwalker’s identity, and how that identity changes in the Legion alpha.

What actually represents the Windwalker? Are iconic abilities what defines this, or something else?

In the beginning, the Windwalker brought sustained, single-target damage. We had no cleave, and our main cooldown took time to build. Further, we were the only class at the time that didn’t benefit from haste. This changed in the following tier… slightly. Storm, Earth, and Fire dashed onto scene only to not actually stand out much. Our single target damage still stood out better than our cleave.

And finally, we stormed into Siege of Orgrimmar. With buffs to the ability and the introduction to the current form of Rushing Jade Wind, we suddenly had a niche. The problem being… well, warlocks. They kind of did (a ton) more damage than just about anyone else.

This is the form we shipped into Warlords of Draenor with. This lead to the slow, downward spiral of Windwalker’s damage, in which we became so pushed into one niche that we hardly stood out in Blackrock Foundry or Hellfire Citadel. Further, our issues in PvP came to the point that even fewer Windwalkers even saw the scene — most players instead went Brewmaster to offer any chance of earning conquest points.

However, what I just listed off were balance issues. Does this really correspond with our identity? One can note that Storm, Earth, and Fire is unique to our class. Thus, its understandable why this is seen as the identity of Windwalker — but the truth is, our identity doesn’t lie in a single ability any more than a rogue’s identity lies in Blade Flurry. 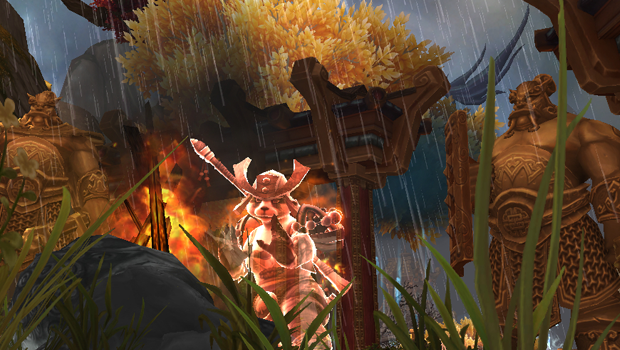 The issues explored in Legion lie in the fact that many players found that Storm, Earth, and Fire required certain UI elements in order to simply track it. This gives some illusion of a difficulty curve that can be overcome with a Weak Aura and a mouseover macro. Thus, in the next expansion, this has been changed to a toggle.

The toggle seems pretty good at first glance for some. It means that you can turn it on and off, just like Blade Flurry, without worrying about overcoming your UI just to use the ability properly. The problem? It killed our two-target cleave, because our character and both clones will do 50% damage… but the one clone with no target will simply stand and do nothing. It simply stops, and stares at you with the same, vacant look of a tunneling raider who hasn’t noticed another priority add just spawned. Except, that raider’s still more useful, because at least they autoattack. Further, the clones have something else in common with this same raider — in an instance, they love to run ahead when they don’t have a target, and pull extra mobs. Honestly, I’m sure that most of us will appreciate not having our own version of Starfall, otherwise known as “pull the entire room, but at least make it sparkle at the same time.”

Rather than reverting Storm, Earth, and Fire to its current form, or perhaps improving its AI (which, as a programmer myself, is much harder than it sounds), the developers instead proposed a new idea: rather than acting as a toggle or a sustained cleave, Storm, Earth, and Fire would improve the functionality of our Spinning Crane Kick. Before we even talk about the spirits, let’s look at the the Fists of Fury and Spinning Crane Kick changes. Fists of Fury would no longer simply cleave; rather than do 100% damage to your primary target, it will deal 100% to any target in front of you. Spinning Crane Kick would also receive a massive modification. Rather than channeling in a circle, it will do 150% damage to any target yourself or one of your Storm, Earth, and Fire spirits have hit with other abilities.

Then the major change that people have discussed: Storm, Earth, and Fire will now only attack targets you are in combat with. But that’s no the big thing (though, it’s very welcome). It will be on a 90 second cooldown, last for 12 seconds, and work to improve your Spinning Crane Kick by rapidly changing targets and hit as many as it can in its duration… thus making Windwalkers into pretty bursty cleave. 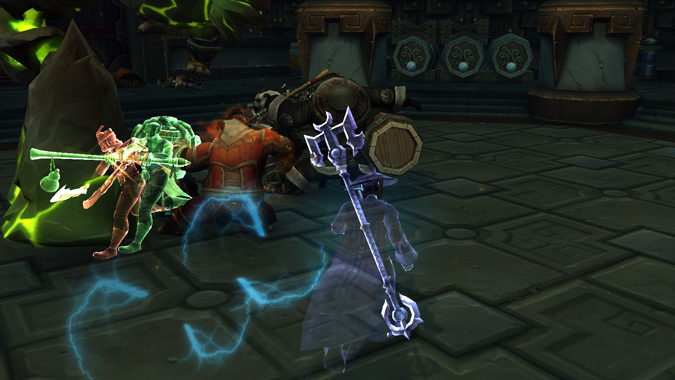 How should I feel?

In a nutshell: You shouldn’t feel much at all yet. The change hasn’t even been introduced to alpha as of this last build. On paper, it’s a massive change. It’s also safe to assume it’ll be a pretty massive change in practice. However, this does not necessarily mean that Windwalker is dead or that our identity has shifted.

Here’s where I tie in the previous section identity — you know, the one with the outstanding question I never actually answered. Storm, Earth, and Fire became our niche. We were balanced so hard against it that other areas of our damage suffered. Remember that 15% nerf we received during Highmaul that lasted until most topend guilds had long since finished progression in Hellfire Citadel? That can be blamed on having strong single-target with a tier that catered to our usage of Storm, Earth, and Fire. That is to say, the strength of our niche meant that having strong overall damage put us 5% ahead on fights which catered to Storm, Earth, and Fire. Thus, instead of adjusting the ability and hurting us fights which catered to us, our overall damage instead became the point of adjustment.

In this way, it seems Blizzard wants to give us a new niche: burst multitarget damage, without completely removing our two-target cleave and also not keeping our damage yoked with Storm, Earth, and Fire.

It’s fine to feel apprehensive. However, believing we’ve somehow lost our identity kind of jumps to a strong conclusion for a change that we can’t even test.

Truth is – it’s still alpha. There will still be other iterations. Maybe this won’t work, and the change will be reverted. On the other hand, maybe it will — especially for the upcoming tier that already has a fair amount of small-add AoE similar to Hellfire Citadel.

Blizzard Watch is made possible by people like you.
Please consider supporting our Patreon!
Filed Under: Legion Alpha, Monk, Monk Dps, Windwalker
Advertisement