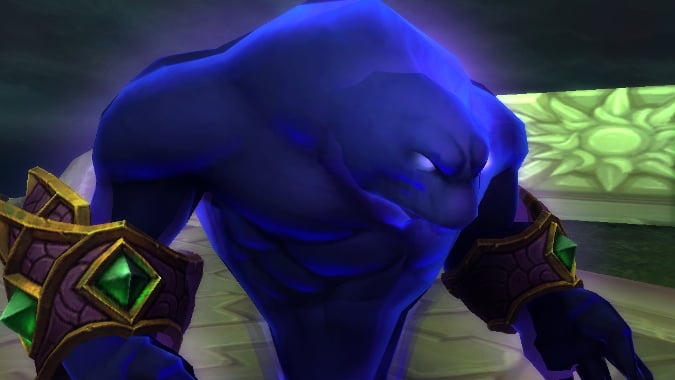 Has Blizzard mentioned if weekly events would still be a thing when Legion launches? I’m especially curious about the Timewalking. And if it IS still a thing, then what happens if my Shadow Priest decides he wants to use the Firelands staff instead of his Artifact dagger??

Bonus question: If they add MoP to the Time Walking Rotation, which dungeon would you want/NOT-want in there?? I think Jade Serpent temple would make a great one but I reaaaally don’t want to see Nizuao’s temple ever again.

I don’t think Blizzard has said anything on this subject and alpha experience isn’t useful here — weekly events aren’t active on the alpha, but why would they be? I’m not sure their testing focus is on Burning Crusade dungeons or whatever right now. That said, once Legion is live, I don’t see why they’d discontinue these events. Content is content.

As for your bonus question, I had to think really hard to remember which dungeons Mists of Pandaria even had. They’re all utterly forgettable to me. I opened my Adventure Guide to jog my memory and I’d genuinely forgotten they revamped Scholomance. I’m sure I ran it many times because dungeons are one of my favorite things to do in WoW, but seriously, I have no memories of the revamped Scholo. What’s even in there? Something about Lilian Voss, I guess? Of the dungeons in the list, the only one which gave me a big reaction was Mogu’shan Palace. I hate that place. Let’s never go there again.

Given I had no strong feelings about any of the other dungeons in that list, I wouldn’t be upset if they never gave us Mists of Pandaria timewalking. I see nothing of value here.

I was watching the Leveling Bonanza. I know you all got Loot-A-Rangs months ago, but I still see everyone running 30 yards to loot the dead mooks. Just wondering why?

Both habit and forgetfulness. My leveling stream character is my only character with a loot-a-rang. That means I only have one in my possession for 2 hours of each week — or less if we’re playing on a PTR/alpha/beta. On the characters I play the rest of the time, I don’t have a ‘rang and don’t feel particularly compelled to get one. When something dies, 10+ years of playing WoW tells me to go to the corpse and loot it, not hit the loot-a-rang button.

I’m not tryin’ to poo-poo the things we received as gifts, it’s just difficult to remember to use it.

Apologies if this has been asked recently and I missed it.  Back when the Alpha/Beta/ChooseALetter opened, a lot of people were dismayed by the “placeholder” 100 gold cost for spec switching now that all toons can access all specs. Blizzard responded by stating that that was “just a placeholder” and that they were evaluating what cost (if any) to put in place.

Fan reaction was…decidedly negative…at the prospect of a routine cost for switching specs (I agree), but after the initial hubbub, the whole thing kind of died down, and I haven’t seen any postings about any further decisions on the matter. So, (1) has Blizzard had any further (more final) comment on the matter, and (2) if so, what was it?

I’ve seen no further comments from the developers, but I can tell you there is currently no cost whatsoever in the alpha. You can change talents or specializations whenever you please.

Tailoring bags seem to become larger every expansion. This makes sense as a new expansion means we’ll have even more useless junk that we love to haul around, but what will happen when regular bags become so large they’ll surpass the profession bags? The whole point of profession bags is that they’re way larger than normal ones in exchange for only being able to put certain items in there. Can Blizzard just update the bag sizes and make everyone’s profession bags larger?

I feel like profession bags might be a thing of the past — not only is their size not that impressive anymore, but the reagent tab has been added to the bank, too. While some of my characters come pretty darn close to filling up the reagent bank, none of them have done so yet. None of my characters use profession bags anymore, even my career glyphmaker who exists to do nothing but churn out inks and glyphs. And if I ever do fill up one of these banks, it’s probably because I’m sitting on way more crap than I’ll ever need. Will my level 110 character seriously ever need Silverleaf? Probably not.

I don’t think Blizzard will make profession bags bigger, no. Because I think they’ve retired the concept.

Do we have any sense on the pacing of artifact power acquisition? Is powering up two artifacts the equivalent of two legendary quests?

It’s too early to say, mostly because I haven’t been hardcore grinding out artifact power on the alpha. I don’t have enough experience to make a call. Based on what little experience I have, I’ll say it’s going to take awhile to complete an artifact. I currently have 7 traits out of a total of (I believe) 34 traits. The cost of each trait increases as you get more of them — where I am now, a new trait costs 475 artifact power. In my first day of participating in world quests, I earned around 200 Artifact Power. It could’ve been more than that, but bugs prevented me from getting credit for some quests. In the days since then, I’m wondering if that first day was an anomaly — I only got around 120 Artifact Power today. If you get 200 on a good day, it’ll take 3 days to get my next point and it will increase from there.

However, those quests aren’t the only source of Artifact Power. It drops in dungeons and comes from treasures and other such things, too. So how fast you fill your artifact might depend on the content you want to participate in. The harder the content, the more AP it gives you.

I don’t think it’ll be on par with completing a legendary simply because you won’t be throttled by the release of a raid tier. You can work at your own speed. But filling in a complete artifact is likely to take quite some time, and if you’re looking to min/max, focusing on one artifact at a time is probably better than splitting your focus across multiples.

Blizzard Watch is made possible by people like you.
Please consider supporting our Patreon!
Filed Under: Artifact Power, Artifacts, Q&a
Advertisement