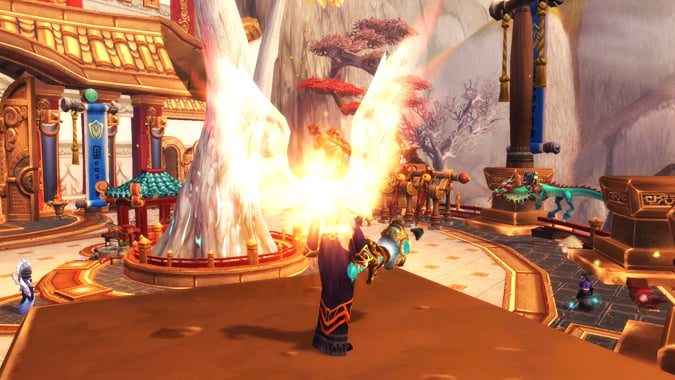 The Legion alpha has been chugging along and one controversial addition has been random world legendaries. In contrast to previous expansions, where legendaries were a guild or personal effort and had a single effect for everyone who used it, these new legendaries are completely unique for each spec or class and change gameplay. Information is still sparse, due to the ever-changing nature of alpha builds, but the Priest healing legendaries show promise and power… perhaps too much power.

The general focus with Discipline legendaries is on Atonement and Penance, supplementing the spells we’re already using and adding synergy between them. The chest has amazing potential already. With Estel, Plea will increase your haste 1% per Atonement you have out. For those weaving Atonement applications and DPS, this is quite the DPS increase. Add in Borrowed Time from your artifact tree, which reduces your Smite or Penance cast time by 5% each time Atonement is applied, and we have even more DPS haste. Since Plea applies Atonement, triggering Borrowed Time, you’ll likely be able to double dip on the haste buffs.

Maiev’s belt gives Smite a 30% chance to reset the cooldown on Penance. Fishing for resets feels like it could veer too far into DPS min/maxing territory and ignoring other DPS spells in order to tunnel with Smite. Personally, I enjoy healing precisely because there is not a set rotation and the 30% chance feels like a true bonus rather than something to micromanage due to its unreliability. If you happen to get a reset cooldown, then awesome, more Penance for you! If not, you can just go through with your Atonement and DPS weaving.

The ring. Now this is the controversial one. This has the chance to be incredibly overpowered and as such may not make it to live without a complete change or reworking of its current incarnation. Not only does it extend Power Word: Barrier from 10 to 15 seconds, but it applies Atonement to everyone in it. What a quick way to Atone your entire raid. On the other hand, perhaps this is the throughput cooldown that Disc has historically been lacking. Barrier is fantastic, but its contribution doesn’t really show on logs, and we typically relied on other healers to bring those health bars back up. However, imagine when the time comes where you can equip multiple legendaries and then you use Plea with your fancy robe and ring? Hello 20% extra haste for 5 seconds.

Skjoldr’s bracers provide some nice tank management, since we only really use Pain Suppression on tanks and being able to use it more would help. The rest are relatively minor: a little bit more Atonement on yourself here, extra absorption there. Small things that are nice but you could probably live without for the most part. 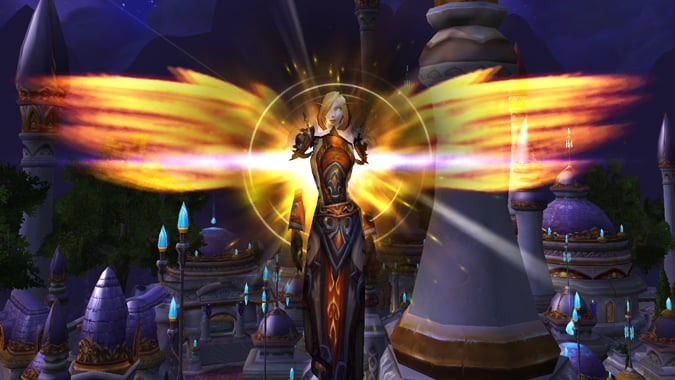 Unlike the Discipline legendaries, which are relatively focused on a coherent theme, Holy is a little more scattered and makes less sense. One thing for sure, Benedictus‘ demise and passing off his hand-me-downs sure is useful. I never thought I’d be grateful for Benedictus after he gave the Light the proverbial finger in order to join the Twilight cultists. In a sense Benedictus’ cloak is a Lay on Hands and battle rez baked into one. Not only do you get the benefit of healing your raid from the afterlife, but then you come back to life! It’s an Easter miracle! Also, your raid won’t have to use a battle rez on you, giving an extra benefit to another unfortunate soul.

The problem, though, is the incongruent feel of the legendary Holy bonuses as a whole. While the Discipline legendaries directly interact with the spells they use most, Holy’s feel scattered, especially with ring and pants focusing on Renew. I have no issue with Renew, I’m quite a fan of it, but Blizzard has stated its intention to make Holy centered more on Holy Words and leaving the forte of HOTs to the Druids. If we’re supposed to rely on Renew less, why are our legendaries focusing on it? Admittedly, they are relatively minor, but it feels like they’re going against our class fantasy and core role.

The bracers provide a nice haste bonus to Heal, Prayer of Healing, and Smite as long as we keep our own health up. Hello Binding Heal and self-preservation! Given that often I opt to heal others over myself, this might provide some incentive. The belt encourages weaving our unique Holy Words: every time you use one of your Holy Words, the other Holy Words gain Serendipity.

What does this mean for us?

As usual, whenever we encounter amazing items, things get problematic. Everyone loves being powerful, no doubt. There’s a reason that when Martin Fury was discovered they immediately went to test it on raid bosses. We like having the power to do fun things, such as 18 second Mythic boss kills. Everyone likes plowing through content. That’s why cheat codes exist in many other games. We can’t help it. It’s reckless fun.

But in a game where you’re competing against other players, it adds an unfair advantage. In a world race, items like these could make or break the race. This is why they’ve added restrictions at the beginning to prohibit legendaries in Mythic at first, and limits on how many you can equip. At the same time, I feel that if they have to add these restrictions, then they know these legendaries inherently troublesome. How long will they be barred in Mythic? Yes, the world race is over as soon as the first guild kills it, but there are many competitions for rank that happen beyond the front page of WoWProgress: top 100 world, top 100 US, six months in to top 20 server. These competitions are always happening, and while they may not affect the highest echelons they still matter to the rest of the raiders.

Then have the issue of acquisition. These legendaries will be random drops. I’ve heard time and time again, players hate RNG. We hate feeling like our progress is at the mercy of RNG. Yes, gear drops from bosses are RNG, but those bosses are guaranteed to drop items even if it’s not the right one. World drops are completely random and these legendaries will be mandatory. Will guilds go as far as trying to force players to farm them? We already know that while you could get a legendary anywhere, higher content will have a higher success. This could either mean Mythic raids or Challenge Modes, but either way this points to the possibility of being farmed. Will players who got lucky with drops be taken to raids over unlucky ones? Will guilds immediately accept mediocre applicants who just happened to get lucky because these legendaries are so strong? The fun of being powerful is there, but there also needs to be some kind of balance. 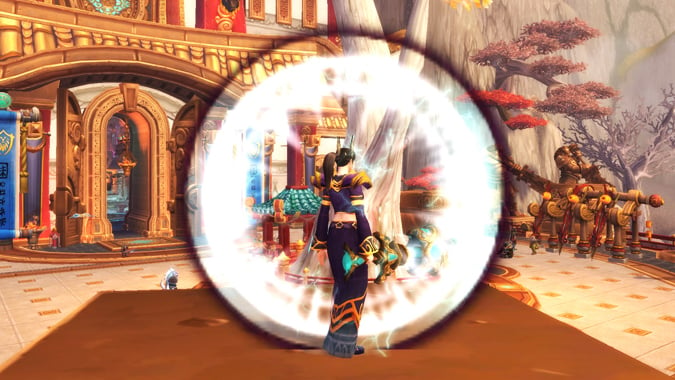 Raid roster balance also creates an issue. If we’re lucky enough to have a legendary item drop, which spec will it be for? Will they be completely random or dependent on our current spec? On one hand, it would be incredibly annoying to have it spec/loot-dependent only for a legendary to drop while you’re messing around with your off-spec that you rarely use. On the other hand, it would also be annoying to have an awesome legendary drop for a spec that you hate, forcing you to switch for the sake of your raid. Imagine the horror if a Holy Priest received a Shadow legendary. They’d probably try to perform an exorcism. Even within the healing role, while getting one spec’s healing legendary wouldn’t be the end of the world, it could definitely inconvenience your raid if they had planned on you performing as the opposite spec.

One thing I do see is that these legendaries could provide a possible nerf to content over time without having to actually nerf the encounters themselves, much like valor upgrades. At the start of the expansion only one can be equipped at a time, but this will go up as time goes on. Will we eventually be able to wear a full set of legendaries? Perhaps not, but nothing is set in stone yet. If it is ever intended to act as a nerf, perhaps the drop rate would be increased over time as the equip amount increases. Who knows, maybe if they get desperate when the last tier drags on, everyone will get legendaries!

And, saving the best for last, we come to my favorite thing about these legendary items. The Discipline chest has the same model as the lovely Tier 3 Faith chest. This makes a nice throwback to the rare items of the past while staying fashionable. Which, of course, likely means I’ll never see it.