The weeks go by and bring us ever closer to the Legion release date. The big news this week is the advancement of testing to a closed beta, no longer an alpha. Hopefully this means a wider spread of folks will be lucky enough to get beta access as class tuning progresses. In the meantime, we’ve been gathering all the bits and pieces of Mage updates from the alpha so that you won’t miss out on any changes. We have Order Hall upgrades, a look at the legendary items available to us, some talent and spell updates, and a short-lived mysterious rainbow glyph. In other news, being a Mage: still the best.

As you progress through the Order Hall campaigns and missions and obtain Order Hall resources, you’ll be able to level up your Order Hall. What this looks like in practice is a series of six tiers with two options for each tier. Many of these effects are the same for different classes, but have unique names. You can switch choices after the fact, but it will take additional time and the same resource cost as the first choice.

For Mages, our choices look like this: The first tier contains Arcane Provenance, which increases the chance for quest rewards to have a rare or epic bonus upgrade from non-repeatable quests. This seems like it’d definitely be the preferred choice initially, while you’re leveling up. The second choice is Frost Nova, which increases success chance against minions by 20% on the first mission of the day. I could see this one being more valuable in the long term than Arcane Provenance. 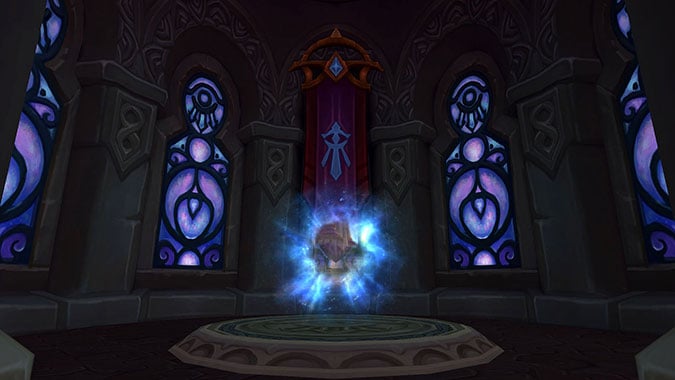 The second tier is a choice between Blink which reduces mission duration of all missions by 30% and Arcane Library, increasing the maximum number of Apprentices and Conjurers you can recruit from two to four. Tier three presents us with Elemental Power, meaning that newly recruited Water Elementals become Arcane Golems granting them Quickening: increasing success chance of missions by 30% when accompanied by Arcane Mages. The other option here is Higher Learning, stating that newly recruited Apprentices become Conjurers, which gives them Presence of Mind, increasing mission success chance by 30% when a spell is present.

The next tier is a bit more mysterious because at least one of the choices has not yet been implemented. But the first choice in tier four is called Teleportation Nexus, and the description says “world teleport unlock.” Color me intrigued, but we can’t yet say exactly how useful this will be. The other option here is Refreshment Table, reducing the cost of recruiting all troops by 25%. Tier five’s first choice is Might of Dalaran, allowing us to unleash the Might of Dalaran to instantly complete a world quest on your map. The second option in tier five is Arcane Armaments, allowing you to place a work order for Champion armaments and equipment.

Finally, tier six is the same for all classes although ours is called Legends of the Tirisgarde. Achieving it allows you to equip one of the other legendary items available in Legion.

You may not have even realized that Legion had legendary items. After all, isn’t that the niche artifacts are filling? Not entirely, and once you’ve finished leveling your Class Hall you can equip one of these bad boys if you’re lucky enough to have one. It’s possible that by the end of the expansion we’ll be able to equip up to five, but for now we’re starting with one. The legendaries in Legion are going to be world drop items, so it’s anyone’s guess how their rarity will shake out once the expansion is live. You can check out a comprehensive list of all legendaries usable by Mages here, these are only the Mage-specific items.

Items for any Mage spec

Shard of the Exodar: While you are not in a party or raid, Time Warp has a 75% reduced cooldown and will not cause Temporal Displacement. Honestly, I want this just because it’s clearly a legendary intended for Draenei Mages (you guys can use it too, I guess). This is amazing! If you are out soloing anything, you can have a ridiculous uptime on Time Warp.

Cord of Infinity: After dropping below 25% mana, your mana regeneration is increased by 10% for fifteen seconds. Although usable by any Mage, Arcane Mages in particular might like this legendary.

Norgannon’s Foresight: Your instant cast spells have a chance to trigger Foresight, making your next cast time spell castable while moving. This is technically usable by Priests and Warlocks as well, making it automatically less distinguished than a Mage only legendary. Sorry, I don’t make the rules.

Belo’vir’s Final Stand: After casting Blink, you gain an absorb shield equal to 30% of your maximum health. It’s probably a reasonable assumption that if you’re blinking, you might be about to take some damage. It doesn’t say how long the shield will last if not immediately used, though. 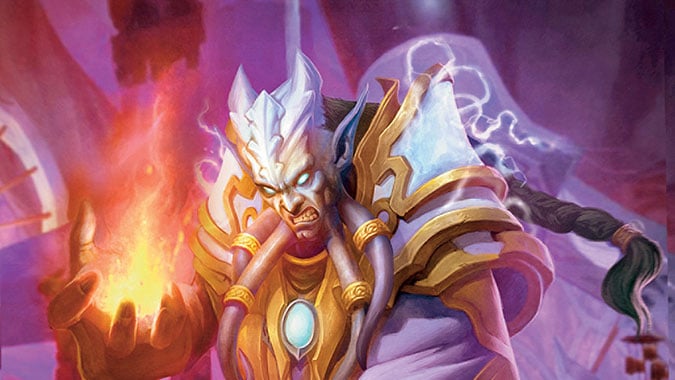 Rhonin’s Assaulting Armwraps: Arcane Missiles has a 10% chance to make your next Arcane Blast cast within five seconds cost no mana. Although percent isn’t a huge chance, a free Arcane Blast would still always be welcome.

Mystic Kilt of the Rune Master: Arcane Barrage grants you 5% of your maximum mana per Arcane Charge spent. I could see this having immediate usefulness for any Arcane Mage.

Marquee Bindings of the Sun King: After consuming Hot Streak, your next non-instant Pyroblast cast within ten seconds deals 100% additional damage. The flavor text on this is great. I think there are Fire Mages among us who would be perfectly willing to hardcast a Pyroblast if it meant a 100% damage increase to our favorite fiery boulder.

Koralon’s Burning Touch: Enhanced Pyrotechnics also affects Scorch. It’s unclear from the tooltip whether this means Scorch will contribute to Fireball’s chance to critically strike, or its own. How this works will affect its value to varying degrees of usefulness, but we’ll never say no to more critical strikes.

Darckli’s Dragonfire Diadem: Increases the range of Dragon’s Breath by 25 yards. For every Mage who has ever wanted to have the actual reach of a dragon’s neck. I need to see how this looks because it sounds hilarious. 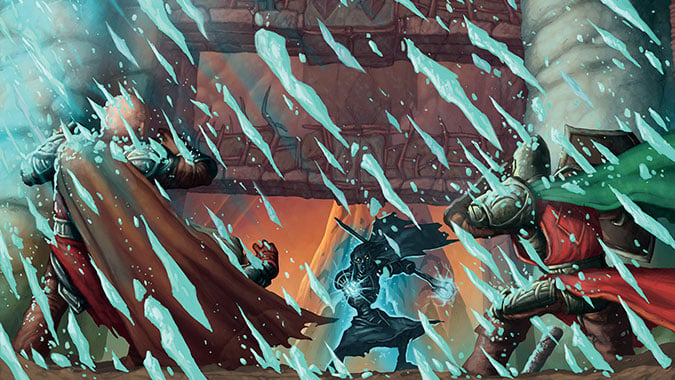 Lady Vashj’s Grasp: While Icy Veins is active, you gain one charge of Fingers of Frost every five seconds. “Yes, please” is the only appropriate response to a legendary with this effect.

Zann’esu’s Journey: When you cast Frozen Orb, the remaining cooldown on Blizzard is reset. Lest we forget that new Blizzard is going to have an eight second cooldown, this legendary will help alleviate that.

Magtheridon’s Banished Bracers: Your Ice Lance increases the damage of your Ice Lances by 10% for three seconds, stacking up to 5 times. I like the nod to the actual Magtheridon encounter here, and the effect has some interesting potential, too.

First, this may have been an easy one to miss, but the active ability for Aluneth, Greatstaff of the Magna has been changed. Mark of Aluneth will now be attached to a target instead of the ground. I’m sure no one can argue with the wisdom of that change. Arcane Barrage has also seen a minor change. Its cleave effect of hitting one additional target per Arcane Charge has been reduced to 10 yards from fifteen yards.

Fire’s artifact trait of Phoenix’s Flames has been buffed significantly in the first of a series of tuning passes we can expect to see over the next few months. Formerly the spell hurled a Phoenix that caused 350% of spell power damage, that’s now been increased to 500% of spell power. The 150% spell power splash to nearby enemies remains the same.

Finally, it seems that a new rainbow spec of Mage was too good to be true. Despite videos surfacing showing the effects of two new glyphs that had been added, Glyph of Blinkbow and Glyph of the Falling Rainbow, both of those glyphs have been removed in this alpha build. Maybe they were just a joke, or maybe they’ll come back sometime later in the beta.