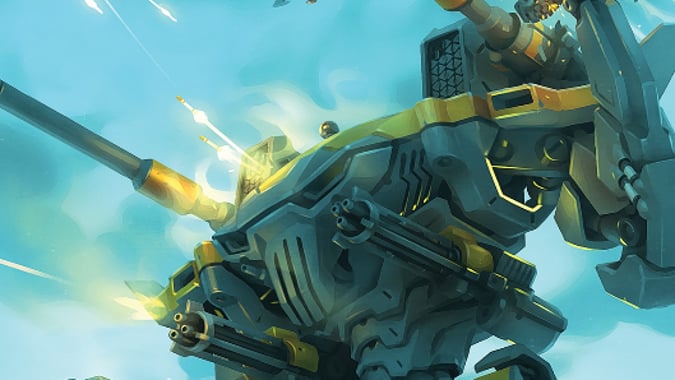 Torbjörn is the star of the show in the latest Overwatch digital comic. This issue, titled Destroyer, takes a look at Torbjörn’s engineering background and the part he played in the Omnic Crisis. Oh, and there’s a giant mecha involved.

At this point in the Overwatch digital comic run, we more or less know what to expect. There’s no plot advancement, here. We’re still receiving character introductions one after the other. Sometimes they’re a blast, other times they’re a bit dull. I have to admit, while seeing a giant mecha was super exciting, I didn’t feel the payoff here. That isn’t necessarily the comic’s fault. There’s nothing wrong with it. I’ve just hit the point where I’m eager for something else out of these comics — my hunger has outpaced Blizzard’s release schedule. Stop introducing me to these people. I know who they are by now. Give them something to do.

If you haven’t read the previous comics, however, I still recommend it. You might find a new favorite among them.

Alternatively, check out our roundup of everything related to the lore and story of Overwatch.

Blizzard Watch is made possible by people like you.
Please consider supporting our Patreon!
Filed Under: Comic, Destroyer, Digital Comic, Torbjorn
Advertisement