The Queue: What a beautiful Monday morning 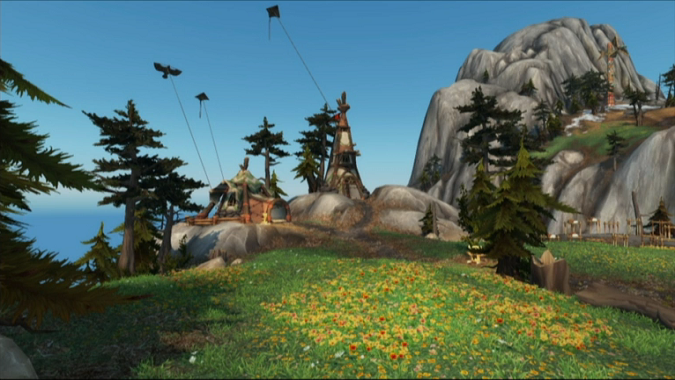 Are there a selection of Heroes you play on Overwatch, or do you play them all?

While it’s a good idea to be familiar with every hero, I — and I suspect most people — have a smaller stable of characters I’m most familiar with. My tanks are Reinhardt and Roadhog, my support are Mercy and Lucio (I just don’t get Zenyatta), and my damage dealers tend to be Genji and McCree. I’m warming up to Reaper now that I’m learning the maps — Reaper’s style of flanking is very reliant on knowing all of the hidey-holes and alternate pathways. Using his ultimate in front of a group of baddies isn’t going to do anything for you. Sneaking around behind them, however… that’s good stuff.

I really want to be better with Widowmaker and Hanzo, but my aim isn’t nearly good enough for sniping. Between the two of them, though, I have much more success with Hanzo. Which is weird, because he uses a projectile and not hitscan. You’d think it’d be easier to point and click than predict your enemy’s movements.

Any sign that all the soulbound mats from WoD – and heck, from Mists – will become unbound in Legion?

No sign thus far. Whether or not items like that become unbound or not seems to change from expansion to expansion. Sometimes they remain soulbound, sometimes they don’t. At this point in the beta, they’re still soulbound.

Does Sylvanas have any non undead servants?  Blood Elf rangers that are still loyal to her, or maybe Humans who have loved ones that became Forsaken and can’t live without them?  People that could be spies for Sylvanas without needing magic to hide the flesh falling of their bones.

As a major faction leader within the Horde, I suspect Sylvanas has a great many people who follow her commands and aren’t undead. If you’re in the Horde and part of some war effort, Sylvanas holds rank unless established otherwise, even if you’re an Orc. That’s how military works. However, I doubt Sylvanas has anyone in her inner circle who is not undead, whether that be an undead Human or an undead Elf. Sylvanas seems to have developed a … fixation with her undeath. She doesn’t want to be alive again. She doesn’t want anybody else to be alive, either. She likes her undead crew and wants more members in her undead crew. The living can screw off — until they’re dead.

I imagine joining Sylvanas’s personal guard involves dying — and the undying. Whether that’s done through plague, val’kyr, whatever. Ya gotta be dead to roll with the Banshee Queen.

Since this is now officially a weather site, if you had to have extreme weather for one month, what would you pick? (heat, cold, rain, wind, snow, sleet, etc.)

The key word for me here is extreme. I think a full month of extreme weather — whatever that weather may be — would be an apocalypse scenario. Here in Wisconsin, we’re used to cold weather. Extreme cold is when they start giving emergency warnings: don’t go outside with any exposed skin, and don’t go outside for more than a few minutes at a time if you like having fingers and toes. If it was that cold for a month straight, you could stay home with your furnace on, but public services would start to fall apart. And in rural parts of Wisconsin, people heat their homes with gas from a propane tank on their property. If the propane runs low and you can’t get a refill … then what? That actually happened here a couple years back and it got bad. People started migrating into a community shelter because it was easier to hit one big room (like a gymnasium) than it was to heat many houses on limited gas reserves.

If it was that cold for a month straight, services would fail, people would die. The same goes for any extreme weather. Extreme rain, for a month? A city can get flooded in a weekend of extreme rain. People would evacuate within a week assuming they could get out of their homes. Over the course of a month, the city would be gone.

Extreme weather is survivable because it doesn’t hang around. In places where it does hang around, like the Arctic or the Sahara, humans simply don’t live there outside of highly specialized situations because that weather has an expectation of permanence.

Now, if we’re talking a month of drizzle, that would suck but could be handled. A month of torrential downpours? Goodbye, civilization.

How diverse is your main WoW roster? (Obviously altoholics will have more info to give.)

I clearly have something against the Horde, and male toons… =) Male tauren are pretty awesome, perhaps I should level, uh, seven or eight of those to balance things out.

All of those characters other than the Worgen are female. I have many other Horde characters below level 90 — most of them below level 60 — because I played them to see the low level race-specific stuff. After that, you only really need one character to see everything else.